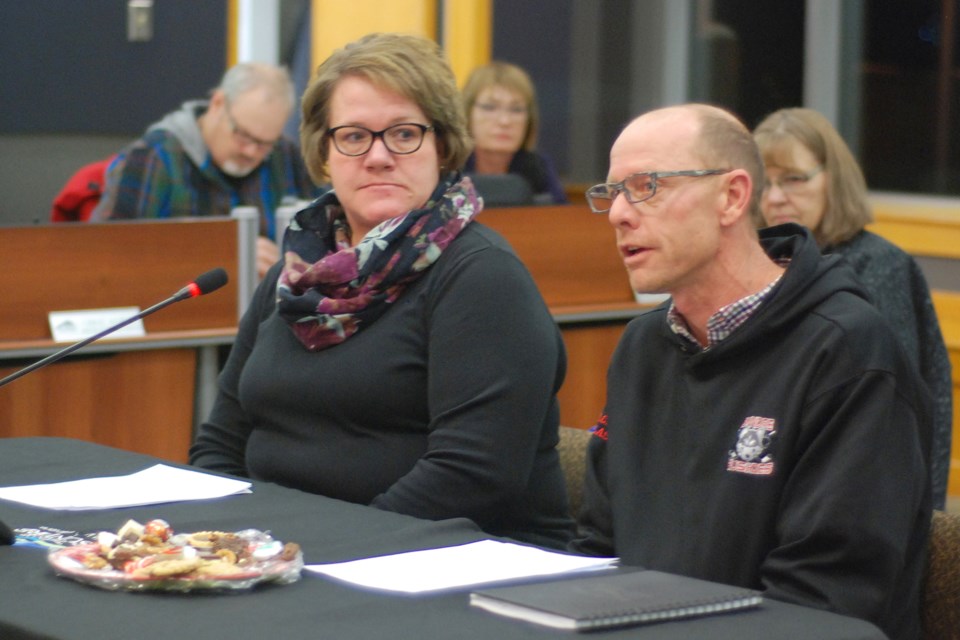 A delegation from the Sundre Minor Hockey Association addressed council during the last council meeting in December to provide some information as well as to seek support.

“With that comes a lot of work and a lot of support needed from volunteers and the town,” said Rosevear.

He described participating in provincials as a once in a lifetime experience for the bantam players, who include a mix of boys and girls aged 13-14.

“I went when I was 12, and still remember it to this day. You remember it forever. And to be able to host it in your own town is even more exciting for the kids and the community,” he said.

On March 19-22, he said eight bantam tier 4 teams from across the province will be competing, drawing out many hockey fans including friends and family.

“In conjunction with the tournament, we’re planning to host a spirit of hockey day in partnership with River Valley School, as well as opening ceremonies, a banquet dinner for the teams and their families, and a farmers’ market to give visitors kind of a taste of Sundre’s local talent.”

Additionally, he said the association wants to, similar to 2013 when Sundre last hosted Hockey Alberta provincials, work with the municipality to put together a pancake breakfast.

Close to 150 players from one end of the province to the other will be competing, providing representation from all seven zones, with the host town automatically being entered as the eighth team, he said.

An estimated four people per player’s family are also expected to attend, with each group anticipated to spend on average $500 in town, he said.

“I think that’s pretty conservative, we’re looking at close to a $300,000 boost to the economy just for the three days,” he said.

Of course such a monumental endeavour does not just happen, and will require an immense amount of local support and volunteer hours not just from the Sundre Minor Hockey Association, but also the community and the municipality, he said.

Johnson said the association is seeking in-kind donations of ice time at the Sundre Arena as well as the Sundre Community Centre and boardroom to provide a space for people to go between games.

Organizers also want to collaborate with council and the municipality to put on the pancake breakfast, she said.

Furthermore, she said the association is also requesting some swag to give players, such as pins or bags the teams can take home as mementos.

“And we’d also like involvement from one, or all, or some of you in either our opening ceremonies and/or our banquet,” she said.

Concluding her presentation, she said that establishing a single point of contact with the municipality would substantially facilitate the planning process.

“This is community spirit the way it should be,” said Leslie.

The formal process at that point, he said, was for council to accept the presentation for information, and for minor hockey to follow up with chief administrative officer Linda Nelson, who will act as the single point of contact, to outline all of the association’s requests.

Coun. Paul Isaac said the provincial championship is a big event for the town that brings “in an awful lot of people.”

“I remember in 2013 how the restaurants and hotels were all very busy,” said Isaac.

The association did such a great job in 2013 that Hockey Alberta reached out to Sundre to ask the community to host provincials again, he said.

“The feedback from the teams of all of the different towns that came spoke so highly of the event,” he said.

“So I applaud you guys for pushing it again, because it is an awful lot of work,” he said, encouraging his colleagues to get behind it.

Council carried a motion to accept the presentation for information after the mayor thanked the delegates.