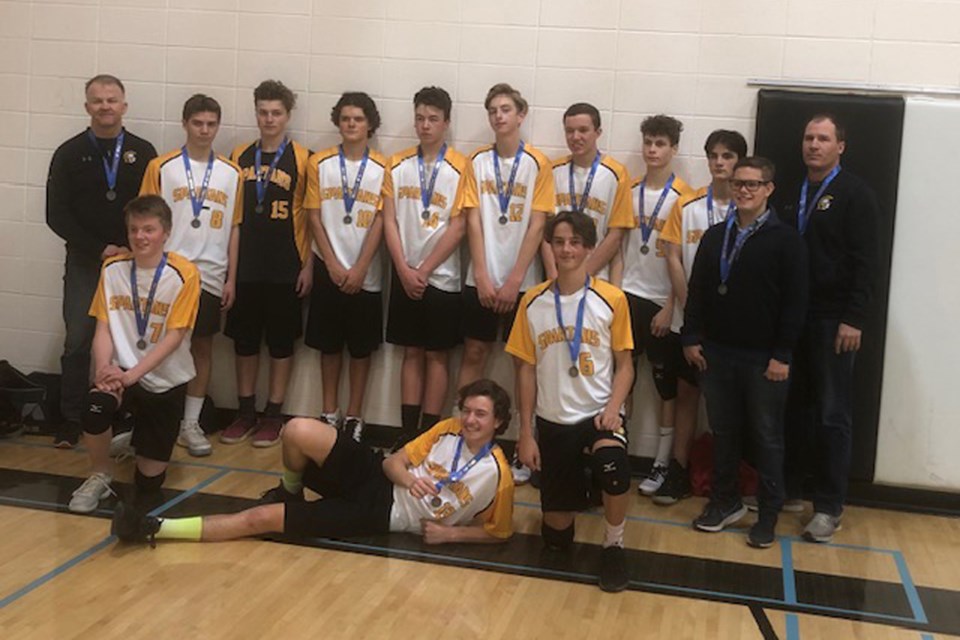 He says the future looks bright for the Spartans.

“It has been a quick build — they should be fun to watch the next two years,” he wrote in an email.

Head coach Jordan Cleland is also excited about their potential, although next year, the group will be a senior team.

The JV Spartans went undefeated during the south central zones, hosted in Airdrie. They met the Bert Church High School Chargers of Airdrie in the final. That team too, had gone undefeated, leading up to that point.

Unfortunately, in the final, the Chargers emerged as the victors.

“Silver is always a very disappointing medal in the moment and then with each day that passes, you feel better and better about it, that it’s quite an accomplishment,” Cleland said during an interview.

He said Christensen’s point drives home what the team accomplished.

“I guess that kind of makes it feel even better. It was quite an achievement by this group of young men, and as their coach, I’m quite proud of them,” he said.

Cleland noted the south central zone tournament featured teams from some pretty big schools in suburbs around Calgary, including Okotoks, Cochrane and Strathmore in addition to Airdrie, so the competition was tough.

The Spartans and Chargers undertook the same strategy: during the season, they played in some senior varsity tournaments, which gave them a taste of some pretty strong competition.

“I think the fact that we pushed them to a higher level of competition made them a little bit more battle-hardened when we went back to their actual age group,” Cleland said.

He said another reason the Spartans did so well is they’ve played together since their days in middle school.

Cleland said one reason that Bert Church beat the Spartans is that some guys on the Chargers are a little taller than the Spartans.

Cleland said another factor is the Chargers are more experienced because many of them play club volleyball in addition to volleyball at school.

OKCS hosts senior boys' basketball tournament Feb. 28 - 29
Feb 27, 2020 6:15 AM
Comments
We welcome your feedback and encourage you to share your thoughts on this story. We ask that you be respectful of others and their points of view, refrain from personal attacks and stay on topic. To learn about our commenting policies and how we moderate, please read our Community Guidelines.