All three players come from different Alberta communities
Aug 29, 2020 6:00 AM By: Doug Collie 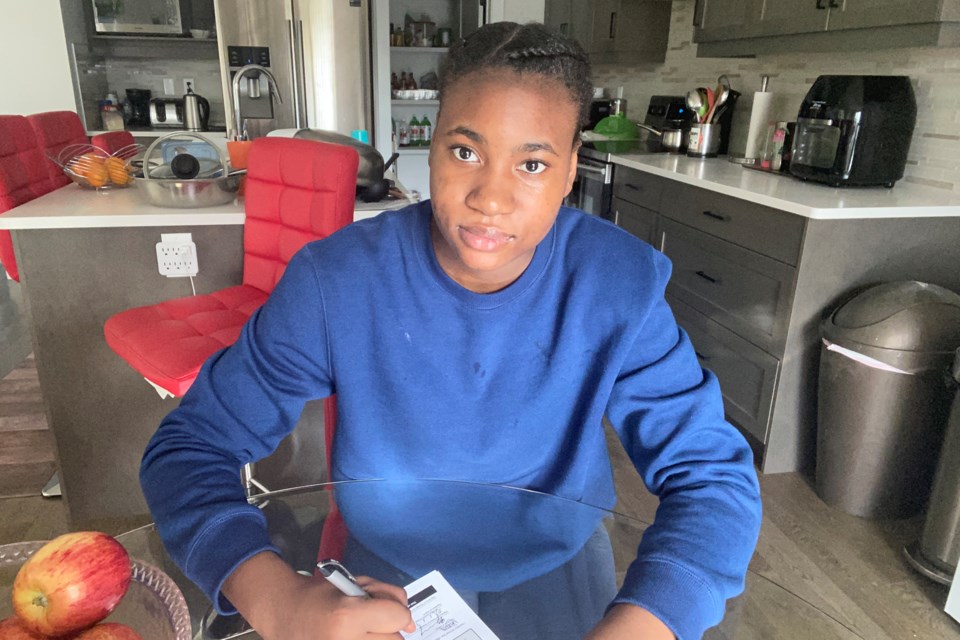 All three are from Alberta. Joining the team are Natoni Young of Edmonton, Gillian Wayne-Nixon of Okotoks, and Sarah Merkosky of Chestermere.

Standing six feet tall, Young, a middle, brings some height to the team.

She’s also a multi–sport athlete, having been a key player in basketball and handball as well.

In 2020, her team won the silver medal in the Volleyball Alberta Premier tournament.

She also won silver in 2019 and gold in 2018 in the handball championships.

And in 2017, her team won silver at the M.E. LaZerte high school basketball tournament.

Young was named captain of the handball team for the 2018-2019 season.

She’s looking forward to joining the team and the experience she’ll gain on the team.

Schmuland is happy to have Young on board.

“Her athletic ability and experience as a multi-sport athlete will provide her with a solid foundation as she makes the transition to playing volleyball at the college Level,” Schmuland says.

“Her strong sense of family will be an asset to our team culture as she joins our Broncos women’s volleyball family.”

During the 2018-2019 season, they won the gold medal at the U18 Volleyball Alberta division 2 provincial championships.

Wayne-Nixon was captain of the 2018-2019 edition of the Rebels volleyball club.

Her break-out year was the 2017-2018 season during which she was named captain and MVP at Foothills Composite High School. Also during that season, Wayne-Nixon received the coaches award.

Wayne-Nixon says she likes what she sees in the Broncos.

“The team and girls have a great atmosphere and all work so hard. I’m excited to join a team that’s so positive and pushes each other in the best way,” she says.

“We are looking forward to having Gillian join us on the court this season,” Schmuland says.

“Her experience of playing at a high level in club and winning a provincial championship will be an asset as she builds into our culture the desire to pursue excellence at the post-secondary level.”

Merkosky, an outside hitter and libero, stands 5’7.”

She played for Chestermere High School girls volleyball teams from 2017 to 2019. During those years, Merkosky was named team captain and MVP.

In 2018 and 2019, those teams won the gold medal at the South Central Zone 4A high school championships.

In 2019 Merkosky was presented with the provincial all-star award.

Merkosky is looking forward to playing volleyball at the college level.

Schmuland says she’ll be a key member of the team.

“She comes to us with a very strong skill-set in serving, serve-receive, and defensive (play),” Schmuland says. “As well, she brings the ability to read the oppositions court in order to put the most amount of pressure possible on their weaknesses.

“We are also excited for the depth that Sarah’s determination and resilience will add to our team culture.”