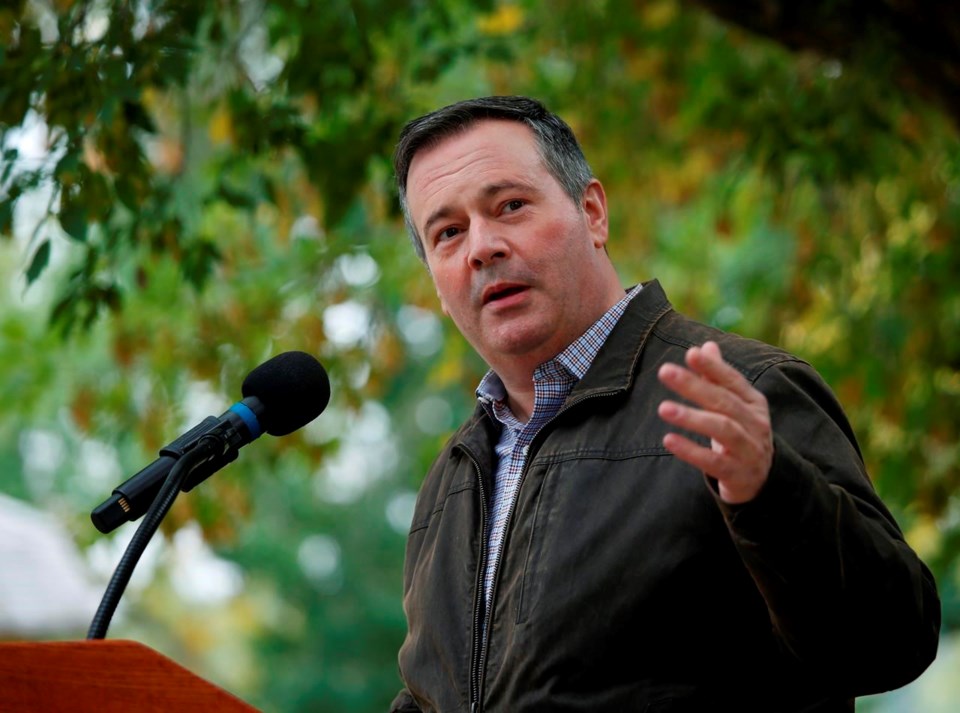 NDP health critic David Shepherd says the public is not getting the reasons and evidence behind the decisions to shut down some businesses but not others.

"Jason Kenney is keeping Albertans in the dark,” Shepherd said Friday. “We don’t have an explanation for why they chose those particular businesses.

“If this premier won’t take it seriously (enough) that he’s willing to communicate openly and honestly with the people of Alberta, then we’re going to get what we have now, where we have, unfortunately, too low a level of compliance of even the most basic of things.”

COVID-19 cases have been rising alarmingly for weeks in Alberta. The caseload has overwhelmed contact tracing and strained the health-care system.

Alberta set a sobering single-day record Friday with 1,155 new cases. There were 310 people in hospital, 58 of them in intensive care, and 11 new deaths for a total of 462.

Because contact tracing can't keep up, officials don't know where 82 per cent of the 10,655 active infections were contracted.

Kenney announced tighter health restrictions a week ago that affect some parts of communities and the economy. Restaurants and retailers, schools and places of worship remain open with some restrictions.

Areas with high case concerns — including Edmonton, Calgary and surrounding areas – have a 15-person limit on public gatherings and a 50-person limit on weddings and funerals. Bars and restaurants that serve liquor must stop by 10 p.m. and close an hour later.

The province has delivered some rationale for the changes. Kenney has said few cases are coming from indoor dining, but he instituted the liquor deadline because some restaurants were flouting the rules and transforming into late-night, super-spreader party zones.

He has also said that household gatherings and get-togethers are responsible for 40 per cent of new cases.

Some fitness studios stated this week they have gone above and beyond to keep COVID-19 free and they don’t understand why they are now being targeted.

The government says the ban on team sports was to avoid close contact among participants, but no similar ban was put in place for worship services. The province has asked faith-based gatherings to be limited to one-third capacity, but that remains voluntary.

Dr. Deena Hinshaw, chief medical health officer, said earlier this week she was distressed to hear that some sports teams are moving outside the cities to keep playing and some fitness studios are skirting the rules by replacing live instructors with videos.

“These (fitness) club owners are not against public health orders, but they do not deserve to be closed just so that this premier appears to be taking COVID-19 seriously,” said Loyola.

“What evidence do you have for closing them over other businesses? How many cases were linked to these studios and how many cases will this order prevent?”

Shandro urged Loyola to check with Hinshaw as the fitness studio closure was on her recommendation: “There were three super-spreader events that happened in group fitness. That was the concern that Dr. Hinshaw had.”

Hinshaw said Friday that decisions are made based on evidence in Alberta and elsewhere about which situations have become, or have the potential to become, super-spreaders.

“I’ve spoken generally about the reasons, but perhaps we need to make specific information available,” she said.

“If it would be helpful for people ... then we can certainly work to do that.”

Shepherd also renewed a call for the government to release updated modelling data on where COVID-19 is going in Alberta. The last modelling came out in the spring.

He also renewed a call for Alberta to make masks mandatory in all public indoor spaces in areas with high case counts.

The province has a patchwork of mask-wearing rules driven by municipalities and is the only one without a provincial directive.

Hinshaw said the government is still considering whether mandatory masks make sense as a public health measure and whether they would work in “the context in Alberta,” but no decision has been made.

This report by The Canadian Press was first published Nov. 20, 2020.

Local COVID-19 case counts: Nov. 22
Nov 22, 2020 7:50 PM
Comments
We welcome your feedback and encourage you to share your thoughts. We ask that you be respectful of others and their points of view, refrain from personal attacks and stay on topic. To learn about our commenting policies and how we moderate, please read our Community Guidelines.