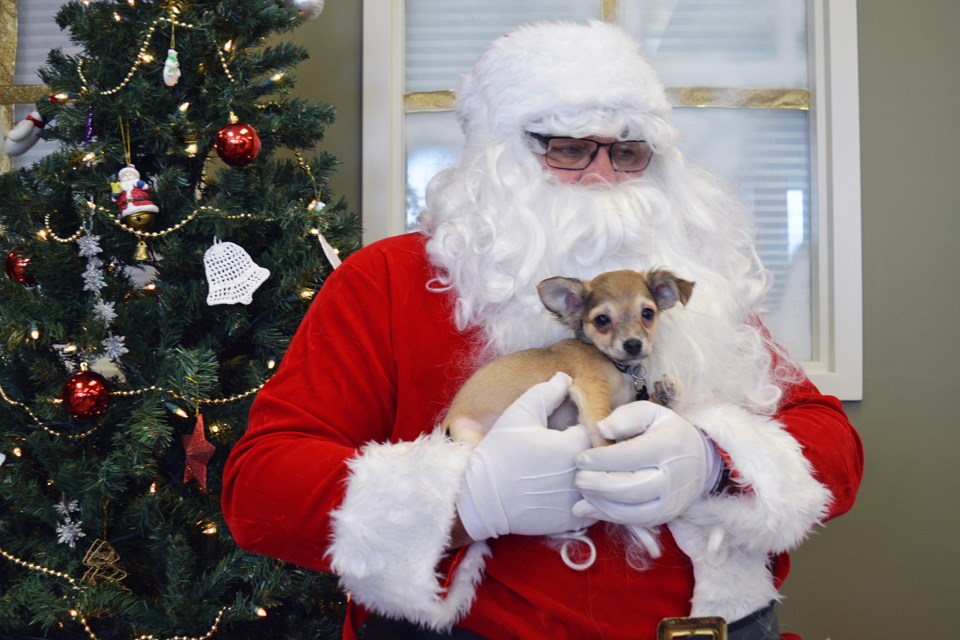 PENHOLD – Santa is making another special stop in Central Alberta this holiday season.

Both events will help give back to the local community.

“We called up to the North Pole and talked to Santa again to see if he could fit it in his schedule to come down here and help us fundraise,” said Dr. Andrew Ritson-Bennett, a veterinarian with Antler Hill. “He’s packing up the sleigh and putting some dog treats in for the dogs and some cat treats for the cats.”

Antler Hill welcomes pet owners to drop by for a visit and photo with Santa between 11 a.m. and 2 p.m. on Nov. 30. The pets' humans are asked to make a $5 donation.

As they did last year, all money raised by the Penhold business will help support another local community group or project.

This year funds raised are going to the Penhold skatepark.

“Last year we donated to the Penhold Youth Club,” said Ritson-Bennett. “We’re doing it because we want to give back to the community that we’re a part of and run a business in. We want to support this community.

“We’ve been warmly welcomed to this community and anything we can do to show our thanks for their support,” he added, noting they also donated to the new Critter’s Corner earlier this year.

“We are fundraising for the Innisfail Food Bank. We find that at this time of year the food bank always appreciates donations,” said Kelsey Strabel, a registered veterinary technician with Poplar Grove. “It’s a $5 donation to the Innisfail Food Bank (for a photo with Santa) and we are also accepting non-perishable food donations.

Every year they raise about $300 to $400 for the food bank in addition to several boxes of food donations, said Strabel.

“It’s a fun family event. We have hot chocolate, cookies and apple cider for everybody. Santa does pictures with all the pets and kids as well and sometimes we do family photos for people for Christmas cards,” she said. “We have some Christmas toys for the pets as well.

“It gets busier every year. We’re hoping for another good turnout,” Strabel concluded.

Innisfail grad ceremony postponed until fall
May 29, 2020 4:00 PM
Comments
We welcome your feedback and encourage you to share your thoughts. We ask that you be respectful of others and their points of view, refrain from personal attacks and stay on topic. To learn about our commenting policies and how we moderate, please read our Community Guidelines.