Byelection candidate looking to contribute in Innisfail
May 31, 2020 4:00 PM By: Johnnie Bachusky 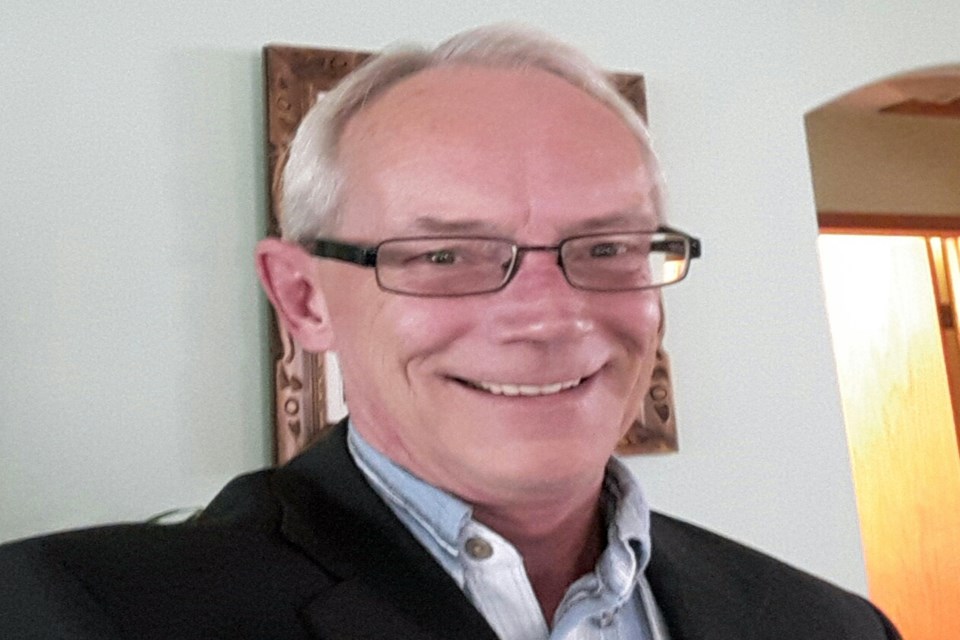 INNISFAIL - Jim Kristinson is a relative newcomer to town but he’s a man who believes his experience living in other communities can be a valuable asset for Innisfail.

“I just don’t want to be another person to take advantage of the town’s benefits. I want to be one of the people that is helping guide the town, getting involved in what’s going on and to help steer things,” said the 58-year-old Kristinson, who resided in Red Deer for 25 years and had a long career in the trades while working in the fields of building maintenance and property management, most recently at CFR Chemicals, just west of Sylvan Lake.

Most importantly though, Kristinson felt he needed a geographical change, and about a year ago he and his wife moved to Innisfail to be closer with their two daughters and grandchildren. He said the process for their decision included looking at many other smaller communities in the region and Innisfail came out on top for having the most potential for growth, especially when the time is right for the economy to move forward. Kristinson also wanted a change of political climate.

“We were getting tired of the local politics in Red Deer. Nothing seemed to ever change,” said Kristinson, who ran for Red Deer city council in the 2017 municipal election, finishing 23rd out of 29 candidates with 1,552 votes. “What I was hearing from everybody who I talked to is that they wanted new blood in council and they wanted change. Nobody voted except supporters of the incumbents.”

When the town announced a byelection last March for a vacant council seat, Kristinson jumped at the opportunity and is one of four candidates. The byelection will be held on Monday, June 8.

He said his past experience living in Red Deer can be a huge benefit for Innisfailians. Kristinson believes taxes were too high in the Central Alberta city, making it hard for new businesses to open up and for investors to invest in the community, which did not give the unemployed opportunities to find work.

“I think we need to be more business friendly,” he said. “I am not saying Innisfail is not but the town has so much growth potential we could attract manufacturing businesses just by lowering and giving breaks on taxes and breaks on utilities just to get interested in the community and to get them here, and get people back to work.

“Once people have a hope of going back to work the economy itself will stimulate,” he said, adding that by giving citizens realistic hope it will be a promising start for economic recovery. “That is the biggest thing and the way to do that is by showing them there is an option for medium to large industry to move into this area. "If people have a feeling of hope that things are going to go well then things generally go well."

As for the fight against crime, Kristinson is a passionate believer of the many benefits a community police force can bring to a municipality, large or small. Although he’s not knocking the policing expertise of the RCMP, he notes from his days growing up in Medicine Hat that a community police force seemed to make a noticeable and positive difference on crime statistics.

Kristinson said a new local police force could work in conjunction with the RCMP, with the latter handling police duties in rural areas outside of town.

“We had city police force for a population of about 25,000 people. We had the RCMP that did the rural areas and they worked in conjunction with each other,” he said. “It wasn’t a hybrid force. It was just a cooperative effort. Their jurisdictions were laid out.”

For more information on Kristinson and his byelection campaign visit his Facebook page.

Innisfailians nabbed in drug and weapons bust
Jul 2, 2020 11:10 PM
Comments
We welcome your feedback and encourage you to share your thoughts. We ask that you be respectful of others and their points of view, refrain from personal attacks and stay on topic. To learn about our commenting policies and how we moderate, please read our Community Guidelines.