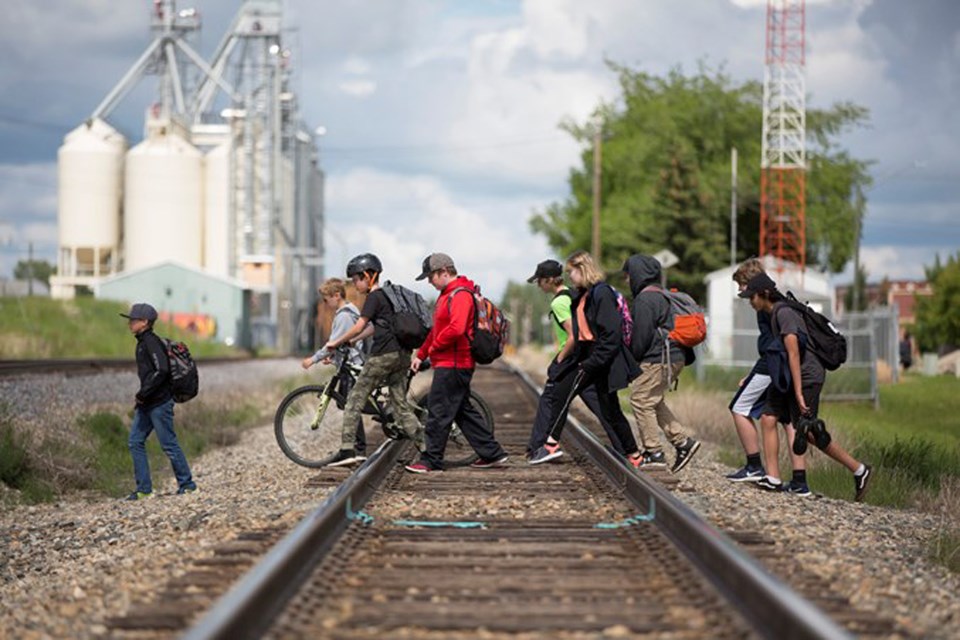 The town has received word from CP Rail that construction for the long awaited controlled pedestrian crossing along the rail line in town will begin in October. File Photo/MVP Staff

INNISFAIL – The end is near for train whistles booming through town. They could all end in a month.

And there is finally a date set for the construction of the highly sought after controlled pedestrian crossing. However, that will be coming in the fall rather than in early summer the town originally hoped for.

“Construction for that is not until October. Unfortunately, we won’t have that one in for operation for the school year because we won’t be able to build the trail until next year,” said Steven Kennedy, the town’s director of operational services, at town council’s Agenda & Priorities meeting on April 19.

“We can’t build the trail without the crossing there otherwise we will be directing kids to an unmanned crossing. Unfortunately, we are going to be a little bit behind on that one.”

Nevertheless, hearing from CP Rail on the two projects was good news for both town council and staff, as they have been anxiously awaiting word from the company on when both would be moving following council’s approval last fall of hundreds of thousands of dollars for the two projects.

The town has committed itself to spend $75,000 to end train whistles (horns) through town at seven different crossings.

Another $450,000 has been approved for the pedestrian crossing, along with an additional $150,000 to complete a paved trail to the site, located between 47 Street and 54 Avenue.

“I am happy to finally have some information. Obviously, we have been trying to get there for a long time but it is kind of out of our hands,” said Coun. Gavin Bates, who has been a passionate supporter of both projects.

“I would have hoped they would have started on it (pedestrian crossing) much sooner than October. I would have liked to have seen it done for school.”

For the past two years the town has been working with the railway company to implement the whistle cessation and pedestrian projects. But while the town made its funding approvals nearly six months ago it had to wait for CP Rail to complete necessary approvals and design work for the projects.

Last March council was told by staff that progress on both files had “hit a bit of a snag”, particularly in getting design and cost estimates on the 42nd Avenue crossing, a CP responsibility.

He said CP is also finalizing the whistle cessation agreement and is requesting an annual $400 to increase the company’s insurance to go with the whistles.

Council was told last week that all chosen crossings for whistle cessation were ready, except 42nd Avenue as CP does not yet have a schedule for a needed upgrade.

“Once they upgrade 42nd Avenue we will extend it (whistle cessation) to 42nd Avenue,” said Kennedy, adding the 42nd Avenue requires a full upgrade.

“As soon as we get the paperwork finalized, we will achieve it (whistle cessation) except for the one.”

He said it’s hoped full whistle cessation will be place through town in a month’s time, although additional delays from CP remain a possibility.

Kennedy also told council there was further “good news” from CP Rail that it will be applying for a federal Transport Canada grant to cover 50 per cent of the cost.

“We are hopeful that we will get that grant through them,” said Kennedy.