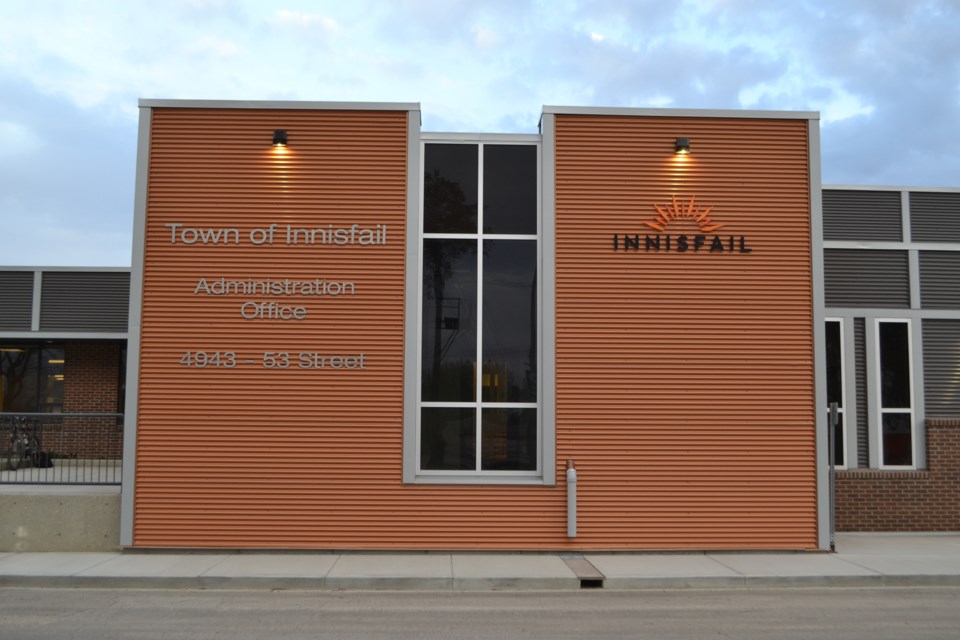 Innisfail council will hold its 2020 municipal budget deliberations on Nov. 26 and 27 inside the Innisfail Council Chambers at the town administration building. File photo/MVP Staff

INNISFAIL – Town council is now ready to begin sorting out the 2020 municipal budget for the coming year.

And in the aftermath of recent and ongoing provincial cutbacks the process promises to be one of careful planning and tough decisions.

The UCP provincial government came out with its first budget at the end of October and town officials already know there will less infrastructure money in the future from the Municipal Sustainability Initiative (MSI) program.

Innisfail’s council began holdings its municipal budget deliberations for 2020 capital and operating budgets on Nov. 26 and will continue today on Nov. 27.

Heather Whymark, the town’s director of corporate services, said her office has not yet received provincial documentation on detailed MSI figures for Innisfail. However, she said the town would receive $1,800,000 MSI funds for 2019 and a reduced amount of about $1,665,000 for 2020. The UCP government announced in its fall budget that overall provincial MSI funding for 2020-21 will be reduced by $94 million and in 2021-22 the reduction will hit $142 million.

The clear message then to all municipalities, including Innisfail, is that serious adjustments will have to be made with their own budgets, like stretching capital project budgets for an extra year or two.

“It’s much, much tighter than what we have done in the past. We’re trying to think further ahead as well and not just this year,” said Whymark. “When I am doing that and putting these numbers in place it’s with the thought process of going into the next year as well, not just making the change for just this year.

“That is a little different, trying to find the funding we are losing, so that is a challenge and to keep going forth with the amount of projects we have been doing and to get our infrastructure still going on with our five- and 10-year plan,” added Whymark. “It is a little tougher than usual. “It’s going to be a great debate budget.”

Mayor Jim Romane conceded the 2020 budget will be a challenge but added council has a “good perception” of what it needs to do to make it work for the town and its citizens.

“We kind of thought this was going to happen so everybody kind of had to drop their sights a little bit and say, ‘well OK, we are going to take a bit of a hit here this next year and the year after, so what might have been a five-year plan might turn out to be a six- or seven-year plan to get a few things done,” said Romane. “Other than that I don’t think it’s anything we can’t deal with without substantial increases to anybody and to keep everybody in line because nobody needs that right now either.

“Everybody has got to tighten up. We will take the challenge,” he added.

Coun. Jean Barclay said she agrees the town may have to go for longer planning for capital projects but she also noted the town has been financially well managed for several years with virtually zero debt and healthy reserves, all of which make it a bit easier for the municipality to navigate through the current difficult economic climate.

“I can only speak for myself but I am certainly cognizant of what is going on out there and that we need to be careful and really consider everybody,” said Barclay. “As I said previously there is a lot of people in this community that are hurting right now, and I hope we can be there to help support people through these times as much as possible in the sense of delivering needed programs, trying to keep the tax increases at zero if possible.”

Innisfail council’s 2020 budget deliberations on Nov. 26 and 27 are open to the public from 9 a.m. to 4 p.m. and will be held inside the Innisfail Council Chambers at the town administration building.