Members will receive partial refunds or credits for next season
Feb 9, 2021 5:00 PM By: Johnnie Bachusky 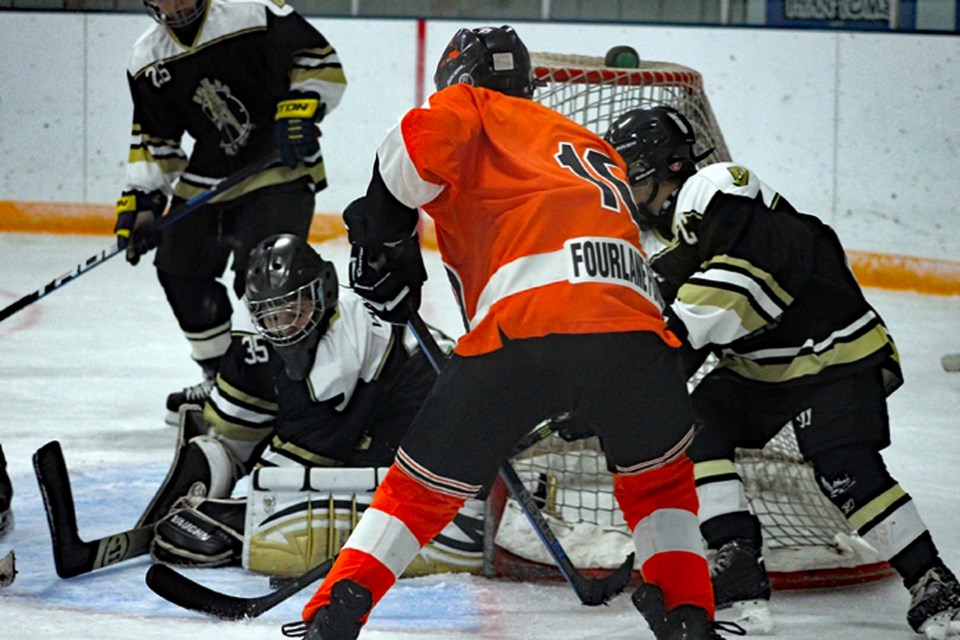 The remainder of the 2020/21 hockey season for the Innisfail Minor Hockey Association has been cancelled. The decision was made at a board of directors virtual meeting on Feb. 4. File photo/MVP Staff

INNISFAIL - The season is over for the Innisfail Minor Hockey Association.

Association (IMHA) board of directors met virtually on Feb. 4. They ultimately made the difficult and heartbreaking decision to cancel the remainder of the 2020/21 hockey season.

Bruce Rafuse, the president of the IMHA, said on Feb. 5 the association was working on emails to send out to members to officially inform them of the decision.

“There was a great discussion. We the association had weighed all the options and received feedback from members. We’ve looked at what was best for members of the association,” said Rafuse.

“With the (COVID) restrictions in place until at least March 1, we really weighed everything out. It’s was not an easy decision as you can imagine.

"The feedback from a lot our members was, the season is over. Let's get on with lacrosse, baseball, swimming, whatever,” he said, adding it would have proven too onerous and costly for members to get into some other association hockey activity when and if COVID restrictions were eased.

“If we were to do anything, that would affect everyone’s costs,” he added.

As for spring hockey, Rafuse said that is available through other programs and businesses, including spring three-on-three leagues and development camps, but the IMHA does not offer them. He said it is then up members if they want to take part.

With the pandemic in its early stages last summer, Rafuse said members came into the season not knowing what lay ahead for minor hockey.

“We had no idea whether we would have one hockey game all year. We were hoping for some practice, some development, and hoping children would have some social outlet but we really didn’t know from day one,” he said, noting the association had an intricate Return to Play plan, along with those from Hockey Alberta and Hockey Canada.

Rafuse was especially grateful for all the support the association and its members received this challenging season from the Town of Innisfail.

“Our association is blessed to have our town administration who worked very closely with us this year to get our kids on the ice to get an opportunity to play the wonderful game of hockey,” he said. “We certainly appreciate all the efforts the town did.”

In the end, despite all the uncertainty and having to play within all the COVID social distancing guidelines and in cohorts, the 244 registered players from the U7 to U18 levels, as well as the four and five-year-olds in the Eaglettes program, managed to get in 40 per cent of the total hoped for ice time - games and practices - this season.

“We got 40 per cent of our season in, in terms of ice time, said Rafuse.

He said the IMHA board of directors also made a final decision on a rebate program, which will see either a partial refund to members or a credit towards next year’s season.

Rafuse noted the association still has significant operational costs to cover, despite the shortened season.

“We got some time on the ice and our kids are better for it, and unfortunately it has come to an end a little bit early.”