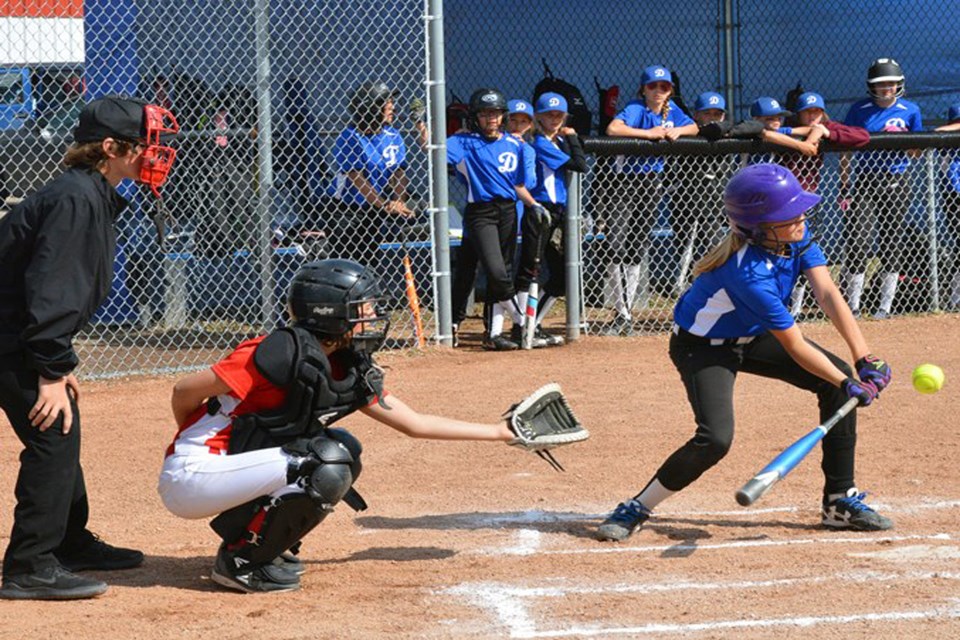 INNISFAIL – With the COVID-19 pandemic cancelling last season for the Innisfail Minor Ball Association, the young are training hard with high hopes their field of dreams become a reality for 2021.

“There’s huge excitement. Everybody is just eager for the sun to come out and the fields to dry up so they can get outside,” said Murray Reay, president of the Innisfail Minor Ball Association (IMBA).

“Our registration levels are maybe a little lower in certain areas but we can see just from the registrations that people are excited to get at ‘er.”

He noted that in 2020 the association’s decision was to cancel everything early, even registrations.

But 2021 has been different. Registrations began in January. Reay said the combined registrations for softball and baseball for both boys and girls, which the association has accepted since January, now number close to 300, not far from the typical 350.

He said those numbers, following the 2020 season cancellation, prove there is significant public interest in returning to the playing field.

“Our competitive numbers are as strong as they have ever been. Our community house league levels are a little bit lower but not much, so it’s pretty good,” said Reay.

“We’ve just about completed that process. We’ve been using the Dome in Red Deer to do it in,” said Reay, adding IMBA officials hope to soon play a regular season. But that will depend on provincial COVID-19 regulations. The current COVID guidelines for outdoor recreation amenities say groups must be limited to 10 or fewer.

“That’s all we can do right now so we are splitting up our teams a little bit to practice but we just have to follow the AHS guidelines,” he said.

In the meantime, Reay said the association will continue training in the Arena a couple nights a week through the weeks of April, and the Dome in Red Deer will also be used.

“As soon as the diamonds are in condition to use then we will be outside using them as much as we can,” he said.

For more information on the Innisfail Minor Ball Association and the planned 2021 season contact Reay at 403-391-6142 or go to the IMBA website at www.innisfailminorball.com