Town council wants to prove Innisfail is not a racist community
Jun 9, 2020 5:10 PM By: Johnnie Bachusky 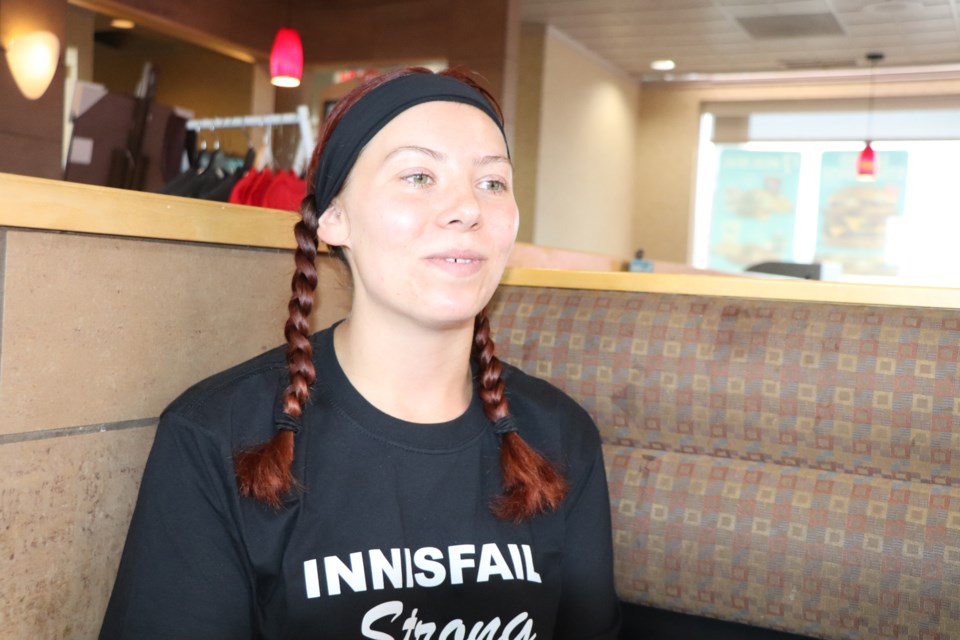 Brittany Bovey, the organizer behind the June 13 anti-racism rally. On June 9, Innisfail town council unanimously agreed to support her rally this coming weekend following several days of social media protest, some of it racist commentary, that forced her to consider postponing the event. Johnnie Bachusky/MVP Staff

Mayor Jim Romane said he and Todd Becker, the town’s chief administrative officer, called all members of council, including newly elected member Don Harrison, to discuss the local anti-racism issue that has triggered national headlines, with many social media comments seriously questioning the town’s claimed tolerance and acceptance towards African Canadians and other minorities.

Romane said the intent of the resolution is to move forward to support the rally and to show everyone that town council was behind the initiative of Brittany Bovey, the organizer behind the June 13 anti-racism rally, and to bring the racism issue to the forefront for a community-wide discussion, and show everyone across Alberta and Canada that Innisfail is not a racist community.

“That is the whole intent, absolutely,” said Romane.

Last weekend, Bovey announced she was postponing her planned Black Lives Matter-themed rally on June 13 at the green space by NoFrills due to online protest, some of it vicious racist commentary.

Bovey said she was going to try to organize a larger one that would include all minorities. She could not be immediately reached for comment today on town council’s endorsement for her to hold the rally this coming weekend.

“I don’t know. It is going to be a tough battle. There is a certain amount of racism in every community. I don’t think Innisfail is probably any worse than any other small town but there is obviously some that has (been) brought to someone’s attention,” said Romane, conceding he made a recent mistake of stating publicly he wasn’t aware of any longstanding racism. “It makes me look like a dummy now,” said the mayor.

However, he emphasized racism in the community has never been brought to his attention during more than two decades on town council.

Romane added he has lived in Innisfail for more than 40 years and has not on a personal level experienced any type of racism in the community, “other than the odd comment, off-the-cuff comments from people.”

“We loved her. She would spend Christmas with us,” said Romane.

Innisfail anti-racism advocate expands mission
Jun 9, 2020 2:30 PM
Comments
We welcome your feedback and encourage you to share your thoughts. We ask that you be respectful of others and their points of view, refrain from personal attacks and stay on topic. To learn about our commenting policies and how we moderate, please read our Community Guidelines.