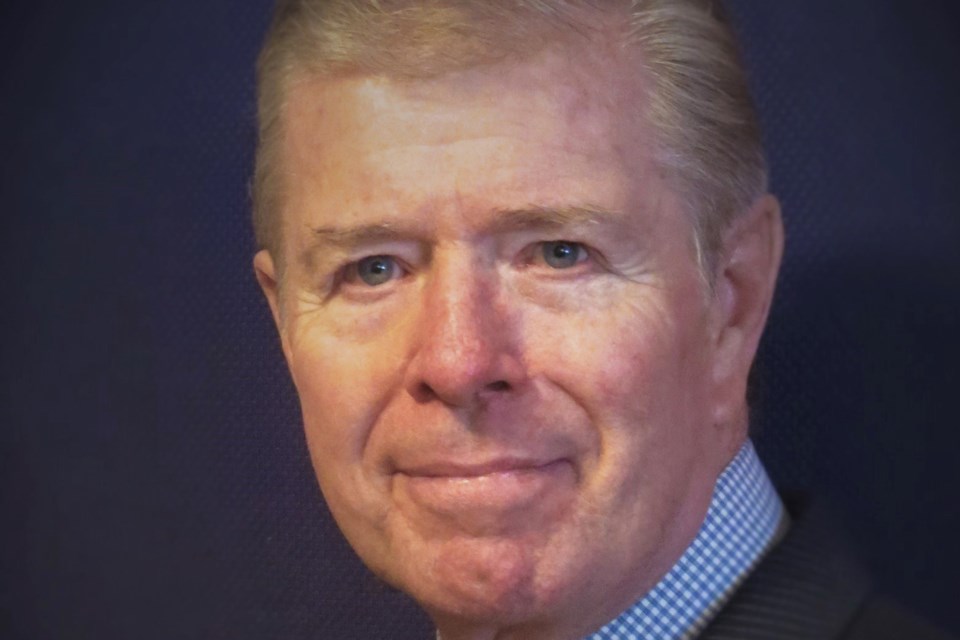 INNISFAIL - Daryl Hillman believes he has the right antidote for Innisfailians during the COVID-19 pandemic crisis that will lead to renewed prosperity.

“It seems like it always gravitates to what we need, more and cheaper housing lots if we are going to grow the town, and it is completely misdirected,” he said. “This town will grow when we have more jobs and more employment for people when they come live here.”

Hillman, a leading businessman in town ever since he and his family moved to Innisfail in 1982, is one of four declared candidates seeking the vacant town council seat in the June 8 byelection.

The 68-year-old former owner of Sundance Realty, who continues to be passionate about commercial real estate, has an impressive resume to back up his own success. For more than three decades he has been instrumental in the development and success of many ventures, including the Henday and Eastgate malls, the Innisfail Country Lodge, the Sundance Professional building, Delacour Manor and Parkside Villas.

He remains absolutely convinced his past and current successes can inspire the town to find solutions for renewed prosperity. However, he concedes the immediate road ahead will be difficult, with the town and its citizens facing a hard and tough recovery from the pandemic.

Despite the obstacles ahead, he is bullish about the exciting potential for the town, as long as there is a focus on what he believes is steady sustainable growth.

“This means identifying the core cause of growth which is employment,” he said. “The best employment to fit this need is likely Industrial - companies that make things, add value to things, technology of all sorts and the list is endless.

“Innisfail has substantial acreage zoned Industrial but services and linkages are not in place,” added Hillman. “I have struggled with the town myself on getting accesses for some of the things we have developed. I think it needs to start there and if we can create more jobs.”

Hillman is a big believer Innisfail can be the right town for a new big employer. He noted the longstanding success of Johns Manville for the town, bringing hundreds of jobs and being an essential part of the community.

“I don’t k now exactly who it is we could bring in but I get excited about trying to find those kind of major employers we could bring to this town,” said Hillman, noting the town’s many benefits that could easily attract any large company. “We’ve got a beautiful location geographically. We are not off the highway like Olds is and like Ponoka is, and like Lacombe is.

“We are right on the main drag between Edmonton and Calgary, and I think we can do this.” He added.

In the meantime, Hillman has not closed his eyes to the housing issue. He especially recognizes the fact Innisfail has a significantly higher seniors population than many Alberta communities of similar size. Hillman believes seniors housing can be broadened to include “well appointed communities” with low-rise "lock-and-leave homes" with RV parking and common areas.

“There are some very smart designers and developers that can do this if we clear the path for them and demonstrate the market for that product,” he said.

And he is also in tune with the need for the town to deal with its most pressing issues, notably the train whistle problem, which he raised himself five years ago and the town has finally committed itself to resolve.

“Notwithstanding the substantial public support, the town administration and council at that time did not see fit to pursue the matter with CP Rail,” he noted. “The current council and administration are now moving slowly toward the silencing of the train horns and I would ardently support getting this done once and for all. A large majority of municipalities, larger and smaller have already completed the silencing.”

For more information on Hillman’s campaign check out his page on Facebook.

Red Deer County reopening playgrounds
May 28, 2020 11:00 AM
Comments
We welcome your feedback and encourage you to share your thoughts. We ask that you be respectful of others and their points of view, refrain from personal attacks and stay on topic. To learn about our commenting policies and how we moderate, please read our Community Guidelines.