Mayors of Innisfail, Didsbury say there's some good news in the federal budget
Apr 27, 2021 10:00 AM By: Dan Singleton and Johnnie Bachusky 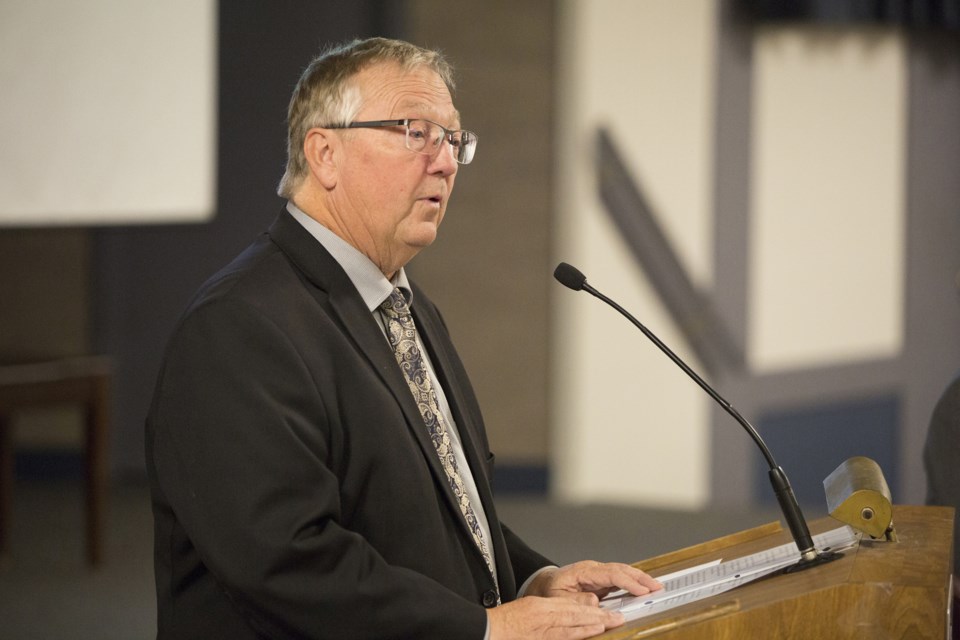 “They are not looking at those projects that can help gas and oil production using the carbon capture and storage technology to be able to enhance production,” Dreeshen said in an Albertan interview.

“It is one more situation where you can see (the Liberal government) has no interest in advancing the interest of the oil and gas industry in western Canada.

“We know we’ve done a great job and we can sell that technology around the world but we aren’t a boost from that budget. With any of these projects that actually tie into the production of oil and gas they are silent. It is something that is a disappointment.”

The government has chosen to “embark on a dangerous and untested economic experiment at a time when tens of thousands of Canadians in the energy sector remain out of work and many small and medium-sized businesses are still struggling to stay afloat,” he said.

Budget 2021 includes $101.4 billion over three years in proposed investments as part of the Liberal government’s growth plan that it says will create good jobs and support a resilient and inclusive recovery.

Key measures in the budget include establishing a Canada-wide early learning and child care system in partnership with provincial and other partners. It proposes new investments totalling almost $30 billion over the next five years and $8.3 billion ongoing for that project.

It also includes support small and medium-sized businesses through several programs, including allowing Canadian small businesses to fully expense up to $1.5 million in capital investments in a broad range of assets, including digital technology and intellectual property.

“This budget is about finishing the fight against COVID-19,” said Chrystia Freeland, deputy prime minister and minister of Finance. “It’s about healing the wounds left by the COVID-19 recession. And it’s about creating more jobs and prosperity for Canadians in the days and decades to come.”

A member of Parliament since 2008, Dreeshen says he would like to have seen the 2021 budget provide more support for the agriculture industry.

“There hasn’t really been too much (support) in that regard,” said Dreeshen, whose riding includes all of Mountain View County and parts of Red Deer County. “They had an opportunity to pony up and they have said no.”

Although he doesn’t know if the budget will trigger an election, Dreeshen says his party is prepared should it occur in 2021.

“When you know you're in a minority government you know you have to be prepared all the time,” he said. “I think we are all ready for one.”

Town of Innisfail Mayor Jim Romane said the federal government’s intent to get the cost of child care down to $10 a day for Canadian families across the country is a “phenomenal thing” but it might not bode well for the future as the multi-billion cost will have to be paid back.

“It is good for the female workforce to get back out and working again post-COVID but golly I’ll be getting a cheque this fall for 500 bucks just for being over 75,” said Romane of the federal promise of a one-time payment of $500 in August for seniors who will be 75 and over. “That is nice but what the hell is that for?”

As for what is in the budget for municipalities, Romane said there is not much, particularly for infrastructure.

“That is what is more disappointing,” he said. “As a municipality we haven’t seen any flags that are promising in the way of infrastructure.

“In this budget they seem to be more focused on the working force, jobs and getting people back to work, and that is good but holy cow it is going to cost a lot of money.

“And it is not going to go away. It is an ongoing drain on the system. I do not know where they are going to find all the money. They might give some but they will be taking it back at income tax time.”

Town of Didsbury Mayor Rhonda Hunter says the parts of the budget aimed at getting people back to work are certainly good news.

Establishing a Canada-wide early learning and child care system in partnership with provincial and other partners is particularly welcome, she said.

She encouraged locals businesses and organizations to apply for any federal grant funding that may be applicable.

The budget’s inclusion of $2.5 billion for affordable housing is good news for member municipalities, he said.

“There has been a desperate need for accessible, affordable housing across many Alberta communities, big and small,” he said in a release. “This funding will help create jobs, stimulate the economy and support those must vulnerable to the economic and health impacts of the COVID-19 crisis.”