Are you like the "in crowd" with YOUR bedside manner? That & more this week on Talk Time With Sean & Shawna

On the next Talk Time With Sean & Shawna:

There's one similar trend for what's on the guys' sides. Does this sound familiar?

Also, why some folks judge the couples who regularly, lovingly post photo after photo of themselves together. Can you relate to that?

Living Well - Why getting a bit chubby as you age may prolong your life.

But just how much extra weight is ok?

Checkout past episodes of Talk Time with Sean & Shawna: 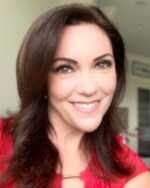 Shawna Randolph is highly respected in the media relations business community and is most well known in Alberta as a warm, engaging, popular television news journalist. She most recently was co-host of CTV-Two’s Alberta Primetime, an award-winning daily province-wide current events news magazine show. She is also well recognized for her time with CTV Edmonton, most notably as the station’s prime news anchor.  Shawna Randolph Communications 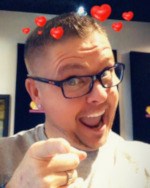 Sean Burke is currently the host of “The Morning Breeze”, on 96.3 The Breeze Radio in Edmonton. His show is the highest rated morning radio show among female demographics. Sean is also a two-time “Canadian Country Music Awards, Major Market On-air Personality of the Year” winner, from his days of co-hosting a country music morning radio show.

Special thanks to Talk Time With Sean & Shawna’s in-kind sponsors: