Fourteen-year-old Didsbury resident made her debut with the Young Canadians July 9, opening night of the Calgary Stampede
Jul 13, 2021 9:00 AM By: Dan Singleton 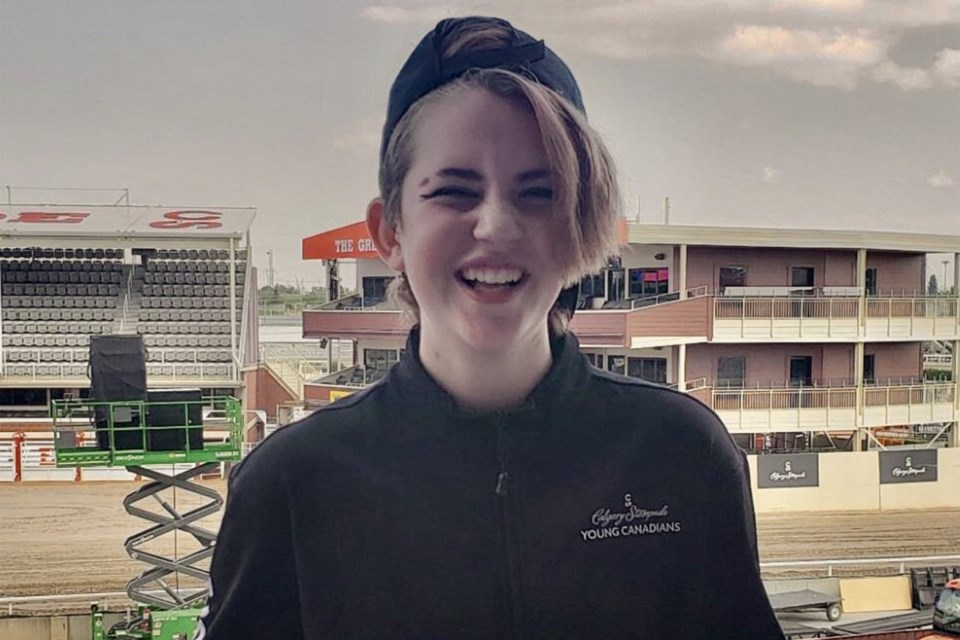 Ally Crampton, a Didsbury singer and dancer, poses for a photo at the Calgary Stampede grounds on Tuesday. She made her Young Canadians debut on Friday, July 9. Submitted photo

DIDSBURY - Didsbury’s Ally Crampton made her debut as a member of the Young Canadians School of Performing Arts at the 2021 Calgary Stampede Grandstand Show opening night on July 9.

Ally, 14, is an intermediate singer and dancer with the renowned 160-member entertainment group.

“Opening night was amazing,” Crampton said Sunday. “It was honestly the most incredible show I’ve ever done and the fireworks brought it to a whole new level and made it even more exciting.

“I feel so proud to be a part of such an amazing company. I’ve put my heart and soul into this year’s choreography and seeing and feeling how well it went just made me ten times happier to be here.”

Due to COVID, the Young Canadians are performing in split casts at this year’s Stampede, with Ally scheduled to perform a total of five shows.

Ally auditioned for the Young Canadians in August 2020, being accepted as a member the following month.

She explained that her father Mike was instrumental in encouraging her to audition.

“It was my dad’s idea that it would be a good idea for me to try it out and see what it was like,” she said. “I had to audition online and then in-person in Calgary.

“I had never heard of them before I auditioned. It was so exciting and a big deal and awesome.”

Ally learned to dance with the Move Yourself Dance in Olds. She’s been dancing for nine years.

As well, she has been singing for eight years, training under teacher Erin Fredlund of Didsbury.

Asked if she has a favourite type or style of music, she said she likes “all kinds of music, including pop and folk.”

“It’s something I’ve thought about and is kind of in my list of things I want to be,” she said.

Young Canadians School of Performing Arts members have been performing at the Calgary Stampede Grandstand Show since 1968.

Following her debut on Friday, Ally thanked her “incredible” dance and vocal teachers.

“This show would not have been possible without them,” she said.