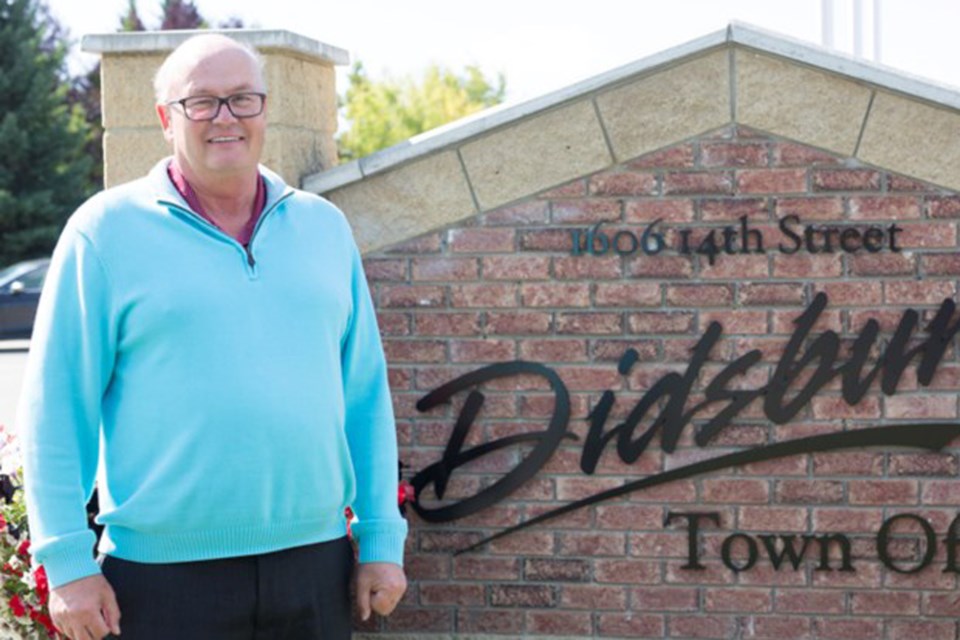 Didsbury council approved a motion directing administration to come up with a policy to give the town's CAO the authority to be able to approve 10 per cent to a maximum of $100,000 when projects require extra funds. Tony Martens is currently the interim CAO of the town. File photo/MVP Staff

DIDSBURY - The Fortis Alberta franchise fee for Didsbury will remain at 17 per cent after council voted not to increase the fee.

Fortis Alberta pays the town a franchise fee which is collected from customers in the community based on a percentage of Fortis's distribution and transmission.

The fees are collected by the company and are paid to the Town of Didsbury.

"We all know come Oct. 24 when the provincial budget comes down we're going to have to be more creative with how we fund these projects," said Hunter.

Coun. Bill Windsor noted that it had been said at a previous council meeting that this fee was the only way for the town for the tax exempt groups to pay for services.

In other council news, council approved a motion to receive the Rosebud Lift Station project summary as information.

According to background information provided to council, the Rosebud Lift Station was the last phase necessary to provide sanitary service to Valarosa, the existing industrial park and Shantz subdivision.

There was some discussion as to why there was an overage on the Phase 2 project cost.

The tender for Phase 2 was awarded in 2017 to Knibb Development for $1,428,700 plus a contingency fee of five per cent. The project totalled $1.5 million. This tender amount, which was approved, did not include engineering fees or third party costs.

The budget presented by administration in the quarterly reports was $1,642,870 and considered the approved tender amount plus 10 per cent engineering on tender price before contingency. The total cost of the project was $1,719,353, which is an overage of $76,483.

Didsbury interim CAO Tony Martens said that he didn't think the project had been budgeted properly.

"You never budget a million-plus budget project without putting in engineering fees or third-party costs," said Martens. "That all forms part of the budget and it should all be backed up by council resolution."

The total cost of both phases is about $3.16 million, said Didsbury's chief financial officer Amanda Riley.

Martens told the Gazette that overall the project was not over budget.

"There's not much you can do," he said. "The money is spent. The project needed to be completed. At the end of the day, the whole project, we believe, is under budget. What council talked about doing is giving the CAO some authority to approve overages to a certain limit."

Martens said if you shut down a project because it went over and you have to wait for two weeks for the next council meeting (to get council approval), that gets expensive too.

Martens said it gets expensive if a project is shut down because it went over in expenses and can't get going again until a decision is made at the next council meeting.

Thus, council approved a motion to direct administration to come up with a policy to give the CAO authority to be able to approve 10 per cent to a maximum of $100,000 when projects require extra funds.

Council also approved a motion requesting that administration bring back a request to approve funding of the additional project costs from wastewater reserves.

Administration gave a project summary of the 23rd Street road project to council. The report was accepted by council as information.

The background notes to council stated that the project began in fall of 2018. After some delays due to weather and other factors, the road reopening occurred on May 31, 2019.

The project was approved as part of the 2018 capital budget. The total expenditures for the project was $1,197,331, which was under budget by $89,871. The project was 100 per cent funded by MSI (Municipal Sustainability Initiative) funding, which is granted by the province.

Council also approved an update to the procedural bylaw, which essentially sets the rules by which council governs.

"One part of it says this is the format that the agenda follows," he said. "You have the adoption of the minutes, the additions, and so on. We just changed the order a little bit to something I'm more used to. It's a minor, minor change."