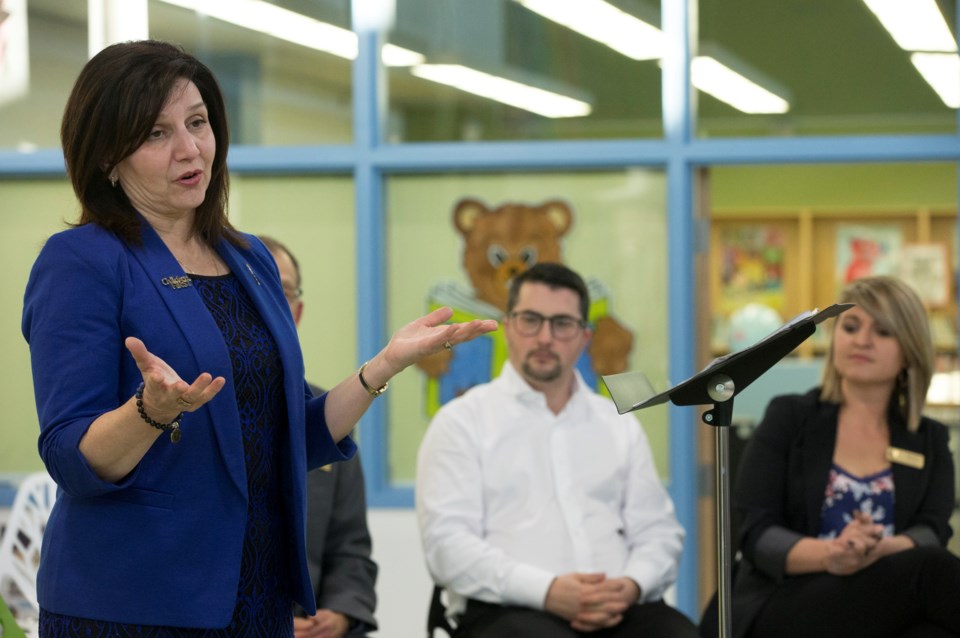 Alberta Education Minister Adriana LaGrange makes an announcement about an expansion project for Carstairs Elementary School at the school on Nov. 13.

“I know how much this is needed,” LaGrange said at a ceremony at the school on the afternoon of Wednesday, Nov. 13. “This is great news for Carstairs to have this addition to their school. I understand it is much needed and certainly had risen to the top of the asks that we get as a provincial government.  I’m happy to be here to announce it to the community."

She commended that work of teachers, administrators, trustees and the community-at-large in pushing for the expansion.

The expansion will see 10 additional classroom spaces built to accommodate 250 students. As well, the project involves an enlargement of the existing gym, the parking lot and the bus loop.

Tarnoczi calls the expansion both needed and welcome.

“It’s very exciting for Chinook’s Edge,” said Tarnoczi. “We have 10 new classroom spaces in a community that really needs them. With the changes we will be able to bring in probably maybe up to Grade 4 and that will produce additional spaces not only for this school but it will also alleviate some of our spaces issues at Hugh Sutherland School as well.”

The Carstairs project is one of 25 announced on Nov. 1 totalling $397 million. The Carstairs school was the only one of those projects in the Chinook’s Edge School Division.