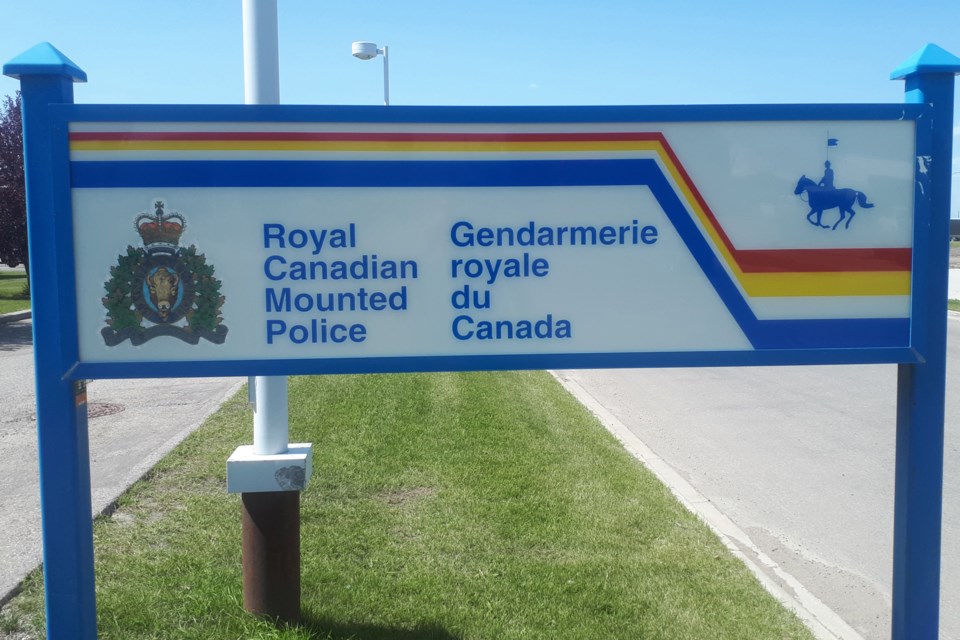 BOWDEN — RCMP are asking for your help to solve an armed robbery case that’s still puzzling them.

The robbery took place in Bowden. Olds RCMP received a call about it on Sunday, Jan. 24 at about 7:50 p.m.

A 19-year-old man said he was walking to meet a friend near the Lions Community Hall when he was approached by two males. A third person stood nearby.

“The males demanded that the victim get on the ground and proceeded to punch and slap him,” a news release says.

Both suspects appeared to be carrying hand guns or BB pistols.

“The assailants searched the victim while he was on the ground and took his wallet before fleeing,” the release said. “The victim received only minor injuries.”

Olds RCMP officers immediately headed to the scene with help from Sundre and Innisfail RCMP detachments.

The three suspects, all believed to be in their teens or early 20s, are described as:

• Suspect 2: Taller male, slender, wearing a medical mask with a black mask, a red shirt or hoodie and grey or tan coloured pants

• Suspect 3: Approximately 5 feet, 5 inches tall and heavier set. It's not known if this person is male or female.

“Olds RCMP believe there is someone out there who has information about this robbery and (we’re) asking for anyone with any knowledge on the suspect(s) to do the right thing and please come forward to Olds RCMP,” Cpl. Courtney Harding wrote in an email.

Anyone with information regarding this matter is asked to contact Olds RCMP at 403-556-3323 or their local police.

Anyone wishing to remain anonymous can contact Crime Stoppers at 1-800-222-8477 (TIPS), online at www.P3Tips.com or by using the P3 Tips app available through the Apple App or Google Play Store.