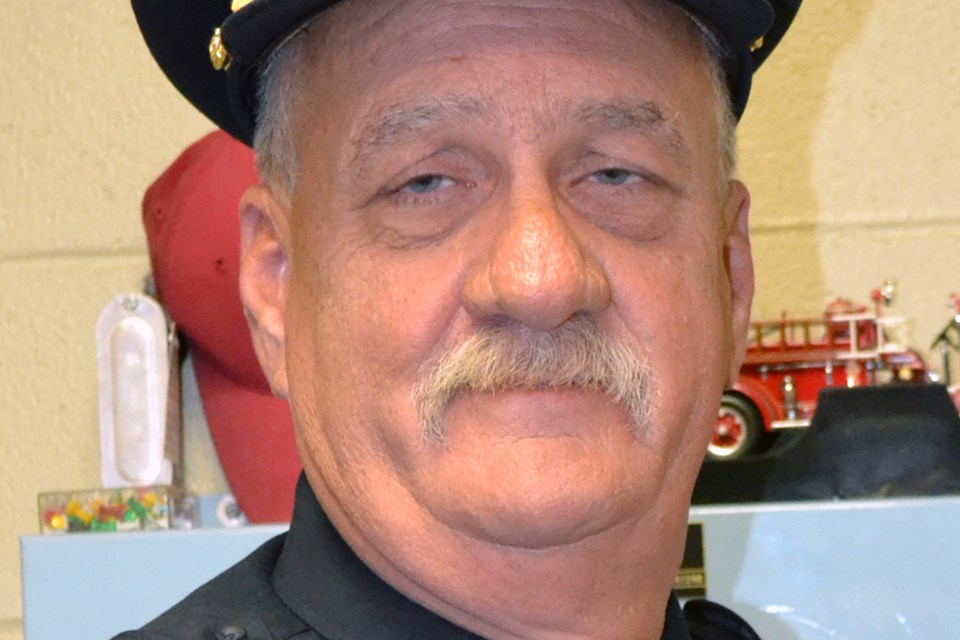 During an interview, he agreed with a laugh that it’s been a busy year in that business.

Werner is also confident that the fire department is in capable hands.

His wife Joanne, the department’s deputy fire chief, has taken over on an interim basis until Red Deer County, which oversees the department, finds a permanent replacement. She has been with the department for more than 20 years.

Werner’s last day on the job was Sept. 8.

When asked why he resigned, Werner said there were “absolutely” no particular concerns or issues that drove him to make that decision.

“(After) 27 and a half years giving to the community it was time,” he said.

Werner said probably the biggest change during his career occurred about five years ago when the Bowden Fire Department was absorbed by Red Deer County.

He described that as a “peaceful transition.”

“It definitely helped with equipment and training and everything else,” he said.

Although he said he’s happy in his retirement, Werner admitted he’ll miss the day-to-day interaction with the town’s firefighters.

“It’s like a big family, so when you say good-bye, it’s like saying good-bye to your family,” he said.

Bowden is getting its website updated
Oct 18, 2020 3:00 PM
Comments
We welcome your feedback and encourage you to share your thoughts. We ask that you be respectful of others and their points of view, refrain from personal attacks and stay on topic. To learn about our commenting policies and how we moderate, please read our Community Guidelines.