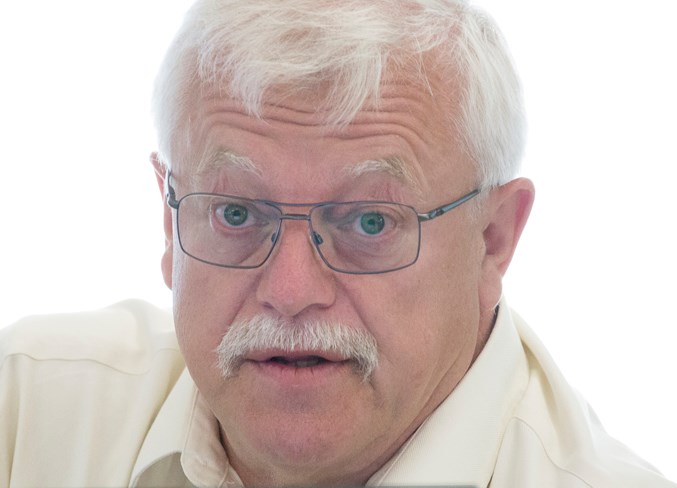 The federal government announced on May 29 that it was purchasing the existing Trans Mountain pipeline for $4.5 billion from Kinder Morgan.

The pipeline runs from Edmonton to the B.C coast at Burnaby and carries Alberta oil and other fuel products.

Plans have been federally approved to expand the pipeline’s capacity.

Al Kemmere, a Mountain View County councillor and the president of the Rural Municipalities Association (RMA), says moving the Trans Mountain project forward is important for all municipalities, including those in this region.

“Our big point is that the pipelines that provide access to various points for oil products are key to the economy,” said Kemmere. “I think the federal government’s decision to buy out the project, really puts a picture on how much this really is a Canadian and Alberta issue.

“Any time we can put product through, there are people being put to work. It is good for the health of the Alberta oil industry and when everybody gets a little piece of it, it helps our economy here.”

Tracey McCrimmon, executive director of Sundre Petroleum Operator’s Group (SPOG) says if the expansion can be completed it could be good for the overall oil and gas industry.

“It would certainly put more incentive to increase activity in this area,” said McCrimmon. “It would bring back investment into the oil and gas industry. We’ve lost so much investment into our industry that if we started attracting investment again, that would be the first step to get things moving forward.”

There is a number of hurdles still to overcome before the expansion project can move forward, she said.

“To sell a major asset like this, (Kinder Morgan) will have to go back to their shareholders, which means they have to call a special meeting and they have to vote on it and that takes a minimum of 60 days,” she said. “So Kinder Morgan won’t even vote on this until late summer.

“Any step forward is a positive step, but there are still a whole lot of hurdles to overcome.”

SPOG is made up of oil and gas companies with operations in the Sundre area. It also includes associate members, including Mountain View County.

Nathan Cooper, the United Conservative Party (UCP) MLA for Olds-Didsbury-Three Hills, said although he hopes the pipeline expansion can be completed, he foresees trouble ahead on several fronts.

“I’m not convinced that all of the uncertainty has been removed by changing the owner in project,” Cooper said. “We are still going to see some significant opposition from the province of British Columbia and from protesters along the line.

“We support the fact that the federal government needed to do something. They also are solving a problem that they created, particularly in their inability or unwillingness to enforce the rule of law.

“We had a company that pulled out of Canada that was willing to do the project without any government intervention and the only thing they wanted was regulatory certainty. Unfortunately the federal government didn’t provide that.”

It is “of critical importance” that the pipeline expansion be completed, he said.

“The pipeline needs to get built and we want it to be built,” said Nixon. “Steps are going to have to be taken to overcome political problems that have been largely created by the Trudeau government in Ottawa and the NDP in Alberta.

“This is pipeline that private investors were prepared to build but now we have a private investor who has walked away. It’s unfortunate that that situation has occurred.”

Nixon, who is the UCP House leader, put forward a motion in the legislature on May 30 calling for an emergency debate on the Trans Mountain situation. The motion was defeated.

Expanding the pipeline will allow Alberta to realize an additional $6.5 million in resource revenues every day, says Premier Rachel Notley.

“We are pleased to have worked with the federal government to ensure construction resumes, certainty is increased and Albertans and all Canadians enjoy the many benefits of having this project go forward,” Notley said in a press release. “There is more work to do, but we will not stop until the job is done.

“Alberta’s contribution would range from zero to a maximum of $2 billion and would be payable only upon completion of the project. If Alberta’s backstop is called upon, Alberta will receive equity in the completed project.”

“The announcement (of sale) changes nothing in terms of certainty for this project,” Kenney said in a press release. “Everyone that was opposed is still opposed. The law and constitution still need to be enforced. And investor confidence in Canada will be further shaken.

“We are glad that the Trans Mountain pipeline expansion was not permanently cancelled today, but given Justin Trudeau’s failure to take any action to end the death by delay tactics in British Columbia, we still have very serious concerns about the project proceeding.”

B.C. Premier John Horgan says his government will continue to fight the proposed expansion of the pipeline, saying environmental concerns have not been addressed.

“I continue to have concerns about the potential adverse consequences of a diluted bitumen spill on our marine environment, on our coast and the consequences to our economy,” Horgan said in a press release.

Several environmental activist groups have said they plan to continue to conduct protests against Trans Mountain expansion, including in Alberta.