Liberals looking to extend COVID-19 benefits ahead of parliamentary showdown 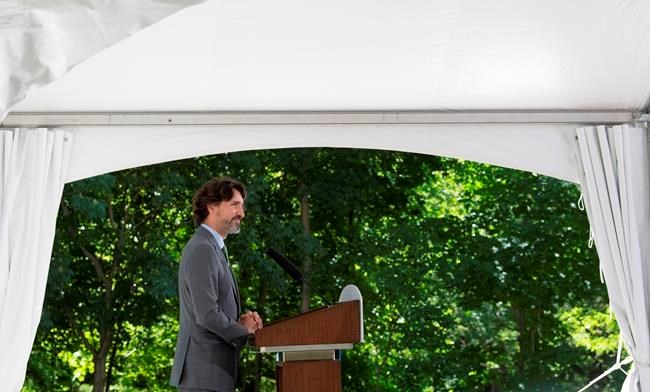 Prime Minister Justin Trudeau is seen during a news conference at Rideau Cottage in Ottawa on Monday June 15, 2020. THE CANADIAN PRESS/Adrian Wyld

OTTAWA — The Liberals are putting together a plan to extend one of the key COVID-19 benefits ahead of a parliamentary showdown on Wednesday.

Canadians were able to access the $2,000-a-month benefit for 16 weeks, and millions are about to hit the maximum number of weeks they can claim, but still don't have jobs.

The New Democrats say a plan to extend the CERB is a must for them to support a massive government spending proposal due in the House of Commons on Wednesday.

A vote on the spending plans, representing about $87 billion, is a confidence motion so in theory the opposition parties could bring down the government.

The NDP's Jagmeet Singh said earlier today he thinks negotiations between the parties will avert a potential non-confidence vote.

This report by The Canadian Press was first published June 15, 2020.