The province has launched their vaccine incentive program, a $1-million lottery draw.
Jun 15, 2021 8:15 AM By: Dean Bennett, The Canadian Press 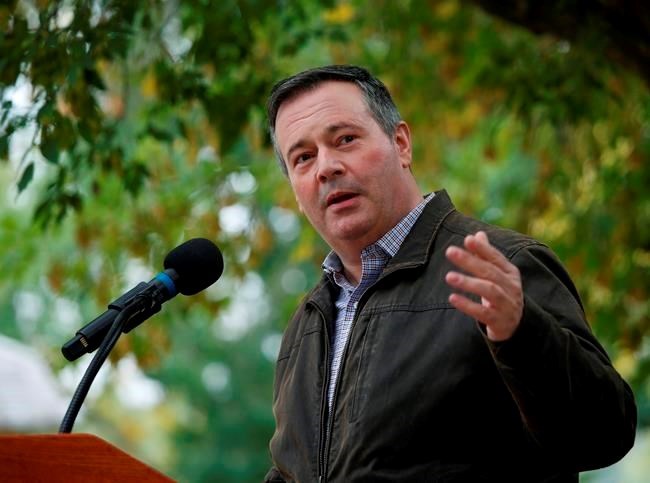 ALBERTA — Premier Jason Kenney says 48,000 more Albertans must step up for a first dose of COVID vaccine to fully lift health restrictions, and hopes his new lottery plan will be that incentive.

"The more people we can get vaccinated more quickly, the safer we all are," Kenney said Monday while announcing details of three $1-million lotteries, which will roll out this summer.

Kenney said he asked Health Minister Tyler Shandro a month ago to devise an incentive plan, knowing that demand for first doses would drop off.

"We knew a point would come when we would run out of low-hanging fruit in terms of people who were eager to get the jab, and we reached that point about a week, two weeks ago," said Kenney.

"I asked (Shandro's) team to start getting creative about shaking the trees for that last 10 or 15 per cent (of the eligible population).

"Now is the time, exactly the right time, for us to start being creative, offering these incentives."

Almost 69 per cent of those eligible have received at least one dose of COVID vaccine.

Once 70 per cent is reached, and the vaccines have two weeks to take full effect, the province plans to lift all but a handful of health restrictions, essentially returning the economy and community to its pre-COVID state.

The first $1-million lottery draw will be held on the day the restrictions lift, likely at the end of June or early July.

Every Albertan 18 years and older who has received at least one vaccine dose will be eligible, but must sign up online ahead of time.

The winner must also show proof they got the shot before the registration cutoff date, in order to avoid someone signing up and winning the lottery, then running out to get vaccinated only after their name is drawn.

The next two lottery draws will be at the end of August and the end of September — also $1 million each — and will be open for those over 18 who have had two doses.

There will also be other non-cash incentive prizes between now and the end of September, with details yet to be finalized.

Members of the Alberta legislature and their families are not eligible to win.

Opposition NDP health critic David Shepherd said he supports any effort to get more people vaccinated, including a lottery.

"But let's remember that this government is still failing to do the simple things to motivate Albertans," said Shepherd.

"An announcement that all members of the UCP government caucus have been vaccinated wouldn't cost taxpayers a dime.

"An earlier and more aggressive campaign of temporary clinics would probably have helped as well."

Alberta has 3,089 active cases of COVID-19. There are 270 people in hospital with the illness and, of those, 73 patients are in intensive care.

The province is now in the second stage of its reopening plan, the most ambitious reopening program in Canada.

Museums, libraries, movie theatres, casinos and other entertainment venues reopened last week to limited capacity after being shuttered for months.

Restaurants can now have diners indoors as well as on the patio.

Kenney has said he would like to see Alberta fully reopened by early July so people can take part in signature festivals such as the Calgary Stampede.

Also Monday, Stampede officials announced the event, expected to run from July 9-18, would keep its attendance at half capacity. They said attendees could be required to show proof of vaccination or undergo rapid testing to enter some venues.

Staff and volunteers will also be required to wear masks and have rapid COVID-19 testing.