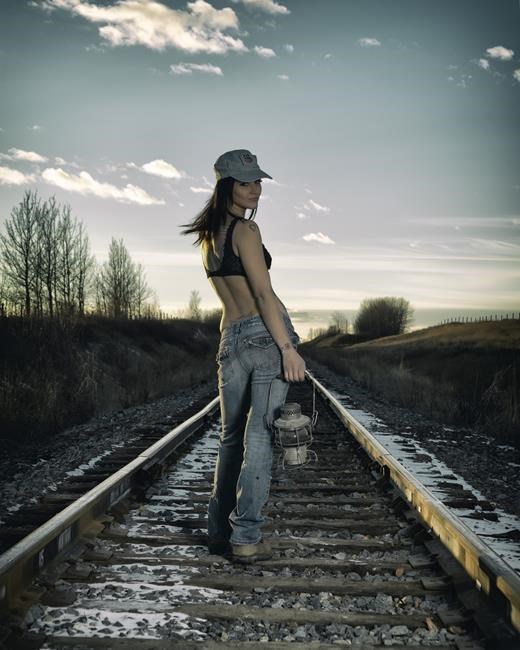 CALGARY — An arbitrator says a former Canadian Pacific train conductor in Alberta who was fired over social media posts is entitled to monetary compensation, but not to getting her job back at the railroad.

Canadian Pacific dismissed Katelnikoff in November 2017 over what it says were disparaging remarks she made about the company online as well as modelling photos it alleged were taken on railway property.

Union lawyers representing Katelnikoff argued the company's investigation into her conduct was not fair or partial.

Arbitrator Richard Hornung says in his December decision, which was obtained by The Canadian Press, that he agreed with the Teamsters union.

He says some of Katelnikoff's behaviour warranted a short suspension, but not a dismissal.

However, Hornung says social media posts after her firing, especially a sexually suggestive one mentioning the CP investigating officer by name, make it untenable for her to go back to the railroad.

He says in the decision that the post "speaks volumes regarding both her lack of respect for the company and her unsuitability to return to the company as a fully participating employee."

The union also argued at the arbitration hearing that an emailed complaint about Katelnikoff's online posts came from a fake person the company made up to give it the pretext for an investigation. Hornung says in his decision that it's improbable the email came from a legitimate functional address.

Katelnikoff said in an interview that it's now up to her union representatives and the company to try to work out an appropriate compensation amount. If they can't agree, it goes back to the arbitrator.

She said she loved her job at the railroad and is sad she'll likely never get to work as a conductor again. She's now working in a shop fixing heavy equipment and trailers for a fraction of the pay.

"I'm with a really good company now so that helps take away the sting of not getting to go back to the railroad," said Katelnikoff, 30. "At least I'm somewhere that I like and they treat me really well and they're really understanding and progressive."

Katelnikoff said she eventually wants to go to law school so that she can help others.

In addition to the railroad photos, CP seemed to take issue with racy pictures posted to the same Instagram account where there was a 2017 selfie of her in a work vest.

Katelnikoff said she's tired of hearing about women getting flak for what they do outside of work.

"What a girl does in her spare time when she goes home with her life and her body isn't anybody else's business but her own. And if it's not hurting anyone, then it really shouldn't matter to the company."

Katelnikoff's 2017 dismissal was the second time she was let go from the railway.

On Boxing Day in 2014, a train Katelnikoff was conducting derailed, sending 15 cars off the tracks in Banff, Alta. The Transportation Safety Board determined that a broken piece of track caused the crash.

She was fired a month later. The company said it was because she violated rules on injury reporting and protecting an accident scene.

In February 2016, an arbitrator found in Katelnikoff's favour, saying the grounds for her termination were discriminatory and in bad faith.

This report by The Canadian Press was first published on Feb. 20, 2020

Note to readers: This is a corrected story. An earlier version stated as fact an allegation that Katelnikoff posed for photos on railway property.