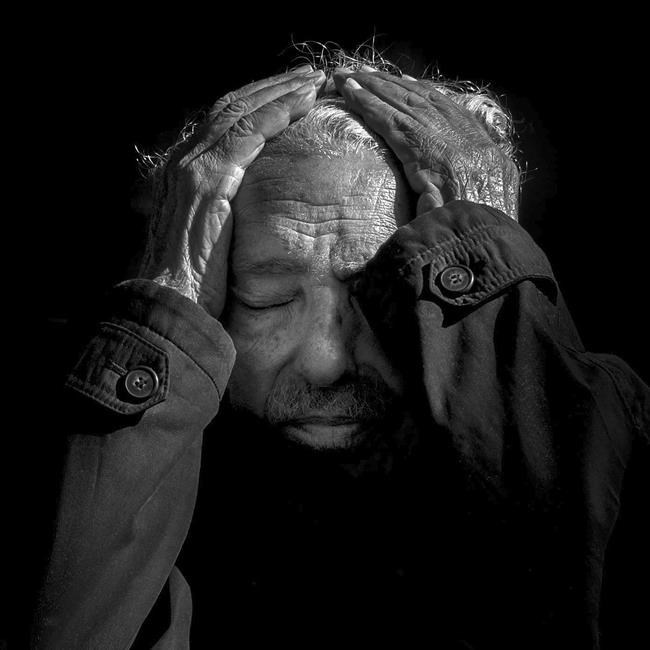 CAIRO — Acclaimed Egyptian artist Adam Henein, who joined ancient pharaonic themes with sleek modernism in sculptures that often portrayed birds and other animals, died Friday, his family said. He was 91.

Henein recently suffered from age-related health complications and was taken to a hospital in Cairo where he died, said Essam Darwish, deputy director of Henein’s foundation.

Henein was born in 1929 in Cairo to a family of silversmiths and jewelry makers from the southern province of Assiout. He often said that a visit as a child to the Egyptian Museum was a turning point in his life. At the age of eight, he modeled a clay figure of the ancient Egyptian pharaoh Akhenaton, setting himself on the path toward his sculpting career.

He was also entranced by birds and flight, which would become a frequent themes of his work.

“I used to wake up and run to the windows and watch for a long time the birds,” he said in past comments posted on YouTube. “It transports you to another place, another language, another world.”

He often featured birds, cats and dogs, which were all popular in ancient Egyptian art, in sculptures that were non-traditional, bold and smooth, in strong geometric forms, sometimes small, sometimes monumental. He also depicted people from Egypt’s working class, particular from the southern city of Aswan, a traditional village figures. In the early 2000s, he produced a large statue of Egypt’s and Arab World’s iconic singer Umm Kulthum.

Henein was also deeply rooted in traditional Egyptian materials, often using granite and bronze in his sculptures and papyrus and natural oxides found in Egypt in his painting.

He received a Bachelor of Arts from Cairo’s School of Fine Arts in Cairo in 1953, before enrolling at Munich’s Academy of Fine Arts. In the 1960s, he emerged as one of Egypt’s preeminent sculptors, spending much of his time in the onetime pharaonic capital of Luxor, absorbing the ancient heritage. He and his wife, anthropologist Afaf el-Deeb, later moved to Paris, where he spent more than two decades and built an international reputation.

After returning to Egypt in the 1990s, Henein led the restoration of the famed Sphinx of Giza, work that won him a national decoration. In the southern city of Aswan, he founded an annual sculpture symposium that draws artists from around the world.

He also turned his home in Giza into a museum of his work. In its garden is a sort of ark carrying many of his animal sculptures.

“Art is a major blessing from God to humans,” he said. It “makes a person educate themselves and react to art, changing their feelings and ideas.”

Thousands of Hong Kongers locked down to contain coronavirus
Jan 23, 2021 3:17 AM