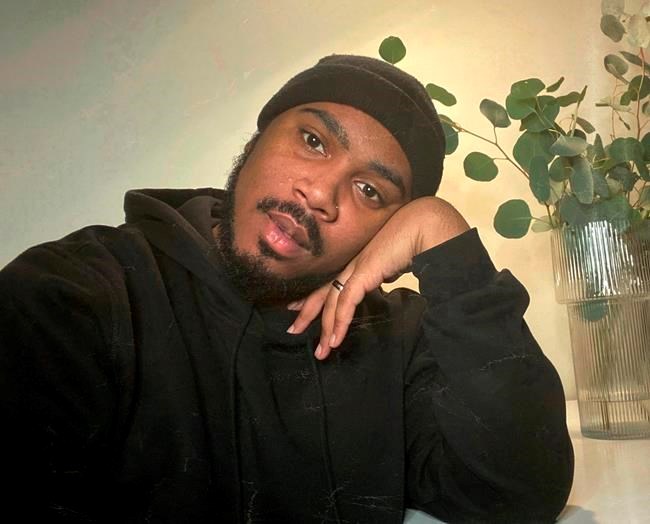 NEW YORK — The task facing playwright Tito Livas was intense: Write a new play in a few days that could be read alone or aloud with friends. Don't worry if it's too crazy. Oh, and make it 10 minutes or less.

Livas is part of a national initiative called “ Play at Home,” a push by not-for-profit companies from New York to California to keep people connected to live . He wrote about insects and the good work they do.

The initiative works like this: Theaters commission playwrights to write a new micro-work for $500. Those plays are then offered free online so people can download them to perform at home or via video chat with relatives and friends. This week, “Play at Home” crossed a milestone with 100 commissions.

Stephanie Ybarra, the artistic director of Baltimore Center Stage, came up with the idea, hoping that the more people experience plays, the more they will want to go see one. “I’m in love with the idea that the playwright is speaking directly to their audience,” she said.

Livas, who lives on a small urban farm with his 3-year-old son in Salt Lake City, wrote “Shine a Light,” a fantastical tale for Plan-B Theatre about a 9-year-old who likes burning ants with a magnifying glass. The child soon finds himself the size of bug food, prompting a quick change of mind.

Livas was looking for “something that is joyful and fun and it can make us stop thinking about all the chaos happening out there.” His play has seven characters — a worm, ants and bees, included — and an offstage voice.

Playwright Dale Dunn decided to dive directly into the pandemic. The Santa Fe, New Mexico-based writer had been reading about the 1918 virus pandemic and decided to write a multi-generational play, “Smiling in Place,” commissioned by Relative Theatrics in Laramie, Wyoming.

In it, a parent and child are dealing with COVID-19 when, mysteriously, the adult's grandfather appears, straight from the frontlines of World War I, with a gas mask around his neck.

“I have written 10-minute plays before," she said. "I find it really inspiring to keep it short, keep it quick, get in, get out and have an arc for the characters and go somewhere with the story.”

Dunn was inspired by her grandfather, who lived through the earlier epidemic and whose diaries she transcribed. “I’d love to have him come and visit a little bit and have a talk with him about surviving pandemics. How do you do it?” she said. “I thought, ‘Let’s just bring Grandpa on in here.’”

“Play at Home” has offerings in different categories, including kid-friendly, solo monologues, musicals or plays for adults. They've proven a way for playwrights to turn the audience into actors.

“Your audience members will get a chance to feel — even in the smallest way — what it feels like to be an actor without all the pressure,” Livas said.

It has since grown to include such California as The Old Globe and Berkeley Repertory Theatre?, the Kennedy Center in Washington, D.C., The Lyric Stage Company of Boston and the State Theatre of New Jersey, among others.

“I think it’s been a great opportunity to just stay creative,” said Tre’von Griffith, a St. Louis playwright who wrote the powerful “Ain’t Nobody Here But You and Me,” a story set in the 1930s South commissioned by The Repertory Theater of St. Louis.

“With these uncertain times, we don’t necessarily know exactly what the next move, what will be the next phase of our art. So it was really, really good to just get something out,” he said.

The “Play at Home” push is just one way playwrights have kept busy during the pandemic. Lauren Gunderson and Young Jean Lee have offered online tutorials, while Richard Nelson has written a six-person play designed to be livestreamed.

Contributing to “Play at Home” not only helps keep the artistic spirit alive. It also offers playwrights a taste — albeit an appetizer portion — to show the world their unique voices.

“It’s a nice way to introduce myself to a broader audience and to articulate stories that I like to tell,” said Griffith. "It’s a really cool idea to just bring the to you.”

Mark Kennedy is at http://twitter.com/KennedyTwits

Thousands of Hong Kongers locked down to contain coronavirus
Jan 23, 2021 3:17 AM