Get a glimpse into Sundre’s history with stories reprinted from past issues of the Round Up
Mar 24, 2020 6:20 AM By: Simon Ducatel 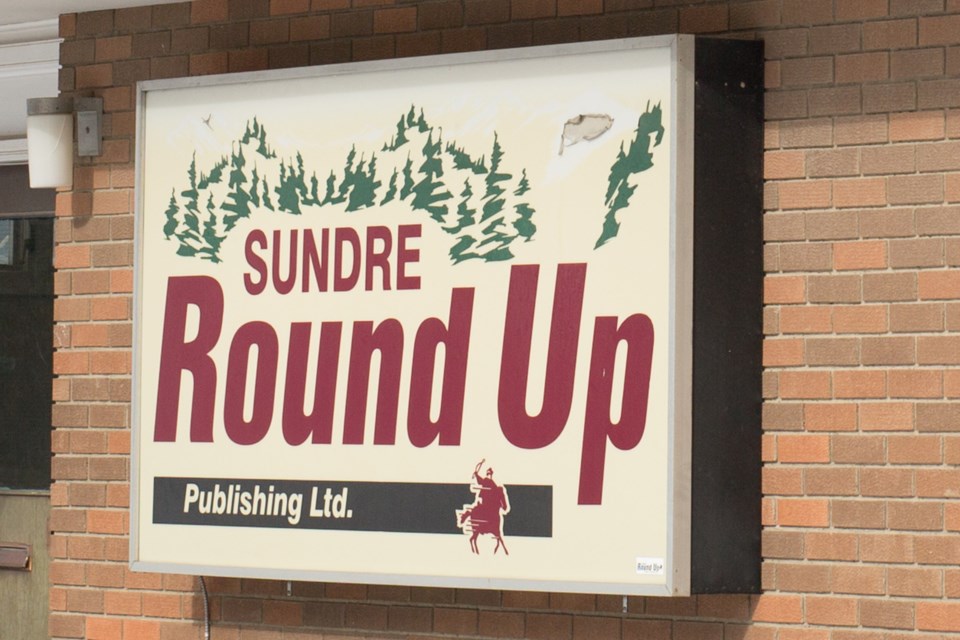 The front page of the Sundre Round Up featured a reprint of an article that was originally published on March 16, 1967, when snow and unseasonably cold weather had swept through the region. Temperatures dipped down to break records all over the prairies, to a low of -34 C in Sundre. The long-time average was about -30C. Plenty of snow had also fallen over the past weekend, with winds piling up large drifts not remembered by even pioneers. Schools were closed throughout the county the previous Thursday and Friday as a result of blizzard conditions and impassable roads. Forecasters had projected the unseasonably cold weather would continue to grip the area for at least another 36 hours, although temperatures were expected to gradually moderate.

The Community Services Committee of Sundre council held a meeting with Alberta Community Development facilitator David Laing attending as a guest. Formerly known as the Recreation Committee, several council members and Community Services Director Leslie LeMoal informed the Sundre Swimming Pool Fundraising Committee of council’s decision to update the Pool Feasibility Study in preparation for their plan to hold a plebiscite. About 20 people attended the meeting, most of whom were representing the Pool Committee as well as other service clubs and organizations that supported the project. Following the chair’s outline of the committee plans to hold additional meetings, a series of public meetings with a final recommendation to council were expected with a possible timeline of being done by June.

A group of young, motivated Sundre individuals between the ages of 17 and 25 were endeavouring to make the Sundre and District Museum more visitor friendly while also making some improvements. The project had 13 people involved, learning about decision making, money management, health, communication, team work, career decision making, resume and interview skills — all while providing a helping hand at the museum and the grounds, including some renovations. Candidates were recruited from unemployed young men and women who were not in school and not receiving EI benefits. The federal government provided a $162,000 grant to fund the program, which had launched the month prior and was to continue until August. Participants were divided into three working crews and paid a weekly living allowance equal to the minimum wage, working 30 hours a week.

Firefighting in Sundre's acting chief’s blood
Sep 17, 2020 2:00 PM
Comments
We welcome your feedback and encourage you to share your thoughts. We ask that you be respectful of others and their points of view, refrain from personal attacks and stay on topic. To learn about our commenting policies and how we moderate, please read our Community Guidelines.