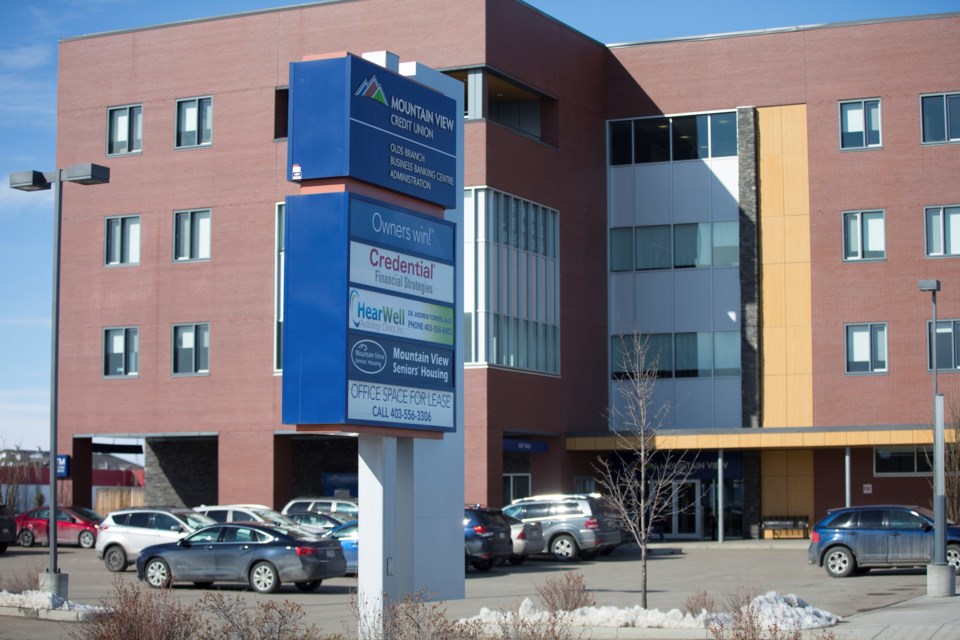 A synergy group made up of oil and gas companies with operations in the region, SPOG also includes associate members such as Mountain View County.

The current SPOG office on Centre Street in Sundre has been occupied for more than a decade. The new office will be located in the Mountain View Credit Union building at 6501 – 51 Street in Olds, she said.

“We’ve put in our notice and we will be closing down the Sundre office as of June 1,” said McCrimmon. “Chances are we will then have to work remotely for a while and then we will establish our new space with Mountain View Credit Union (building) in Olds.”

The move to the new office is being made for several reasons, she said.

“One of the things is that we’ve got some SPOG models and programs that we are putting together and with the internet service we have there we are going to get much better service,” she said.

“This is an opportunity to bring down our operating costs and to keep us more able to keep our doors open by reducing our costs. And a big part of it is we need more room.”

Asked if the name SPOG will be retained, she said, “Yes. Even if it is not dedicated basically to Sundre, we are still about synergy partnerships in oil and gas.”

Asked if the same SPOG boundaries, which do not currently include Olds, will be retained, she said, “I would say at this point in time we are definitely looking not necessarily at boundaries per say but at moving our models much more regionally."

The move will not impact employment at SPOG, she said.

Sundre mayor Terry Leslie said it is disappointing to hear about the upcoming move.

“Certainly nobody wants to see such an historic organization leave the community,” said Leslie. “As the oil and gas industry evolves it's one of those things that for the survival of the industry they have to do.”

Asked for comments on the move being, in part, because of faster internet service in Olds, he said, “Yes that is something that we’ve all hope for, better internet service. Certainly broadband is becoming an issue. It’s a critical piece of infrastructure that we are lacking.”

Town lining up alternate spring workshop plans
Jun 1, 2020 9:00 AM
Comments
We welcome your feedback and encourage you to share your thoughts. We ask that you be respectful of others and their points of view, refrain from personal attacks and stay on topic. To learn about our commenting policies and how we moderate, please read our Community Guidelines.