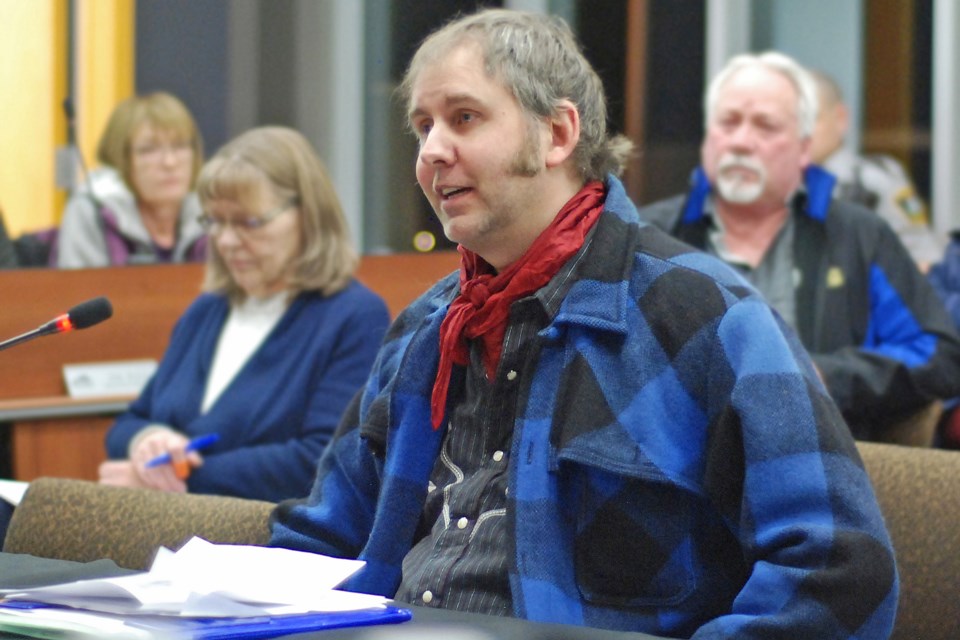 Tim Hus, who purchased a fixer-upper about five years ago on Sundre's east side, contested during council's Jan. 20 meeting a $15,000 connection fee that he was billed for tying his property to the municipality's water and wastewater lines. Council unanimously carried a motion not to waive the fee during the June 22 meeting following a report from administration. File photo/MVP Staff

SUNDRE — Council unanimously agreed not to waive a resident’s connection fee to the municipality’s water and sewage service.

That decision was made during council's last meeting in June.

Tim Hus, who lives on Sundre’s east side, had during a Jan. 20 meeting contested the $15,000 charge, which is a requirement as per the town’s connection fee bylaw.

Providing a detailed background report on the timeline of events, chief administrative officer Linda Nelson said the landowner had been provided with all of the pertinent documentation and information, including the bylaw.

“Options were explained and discussed at length,” said Nelson, adding the municipality’s water and wastewater operator had visited the site and confirmed the service stubs were inside the property line.

“Therefore, additional costs for excavation of the street were not applicable,” she said during the June 22 teleconferenced meeting.

“At no time did administrative staff advise that the $15,000 connection fee was to be waived. Staff are very aware that only council can waive a fee created under a bylaw.”

Additionally, she said the municipality’s tax utility coordinator has confirmed that all other landowners who have gone through a similar process understood and paid the fee without issue or misunderstanding,

“In total, 12 other landowners have paid the connection fee based on the bylaw,” she said.

Furthermore, she said administration had no information available regarding a contractor that was alleged by Hus to have presented himself to the municipality to inquire about the connection to town services.

“Nor is there record of any contractor coming into the office to make inquiries, or to obtain permission to connect to the services,” she said, going on to conclude the property owners were provided with clear information on costs.

“They were told verbally that the connection fee was required in order to connect to town services,” she said, adding that it was unfortunate an email inquiry sent by Hus prior to the work being completed was not immediately received nor responded to by the staff member who at the time was on vacation.

“However, he did not try to contact another staff member, and proceeded based on that, rather than the information he was provided with.”

Coun. Cheri Funke moved that council waive no portion of the connection fee.

Coun. Rob Wolfe wondered why the services were connected without first receiving payment.

“We did not connect services, Mr. Hus had a contractor connect the services,” said Nelson.

In a follow-up inquiry, Wolfe also asked if a permit would have been needed to connect the services if an independent contractor was hired.

“There is no permit, but there is a requirement to obtain permission from the town,” said Nelson.

“And the town should also be inspecting the connection,” she added.

“But would the work still go ahead without us approving any connection?” asked Wolfe.

“It shouldn’t have gone ahead,” answered Nelson.

Mayor Terry Leslie called a vote on the motion, which carried without any members of council voicing opposition.