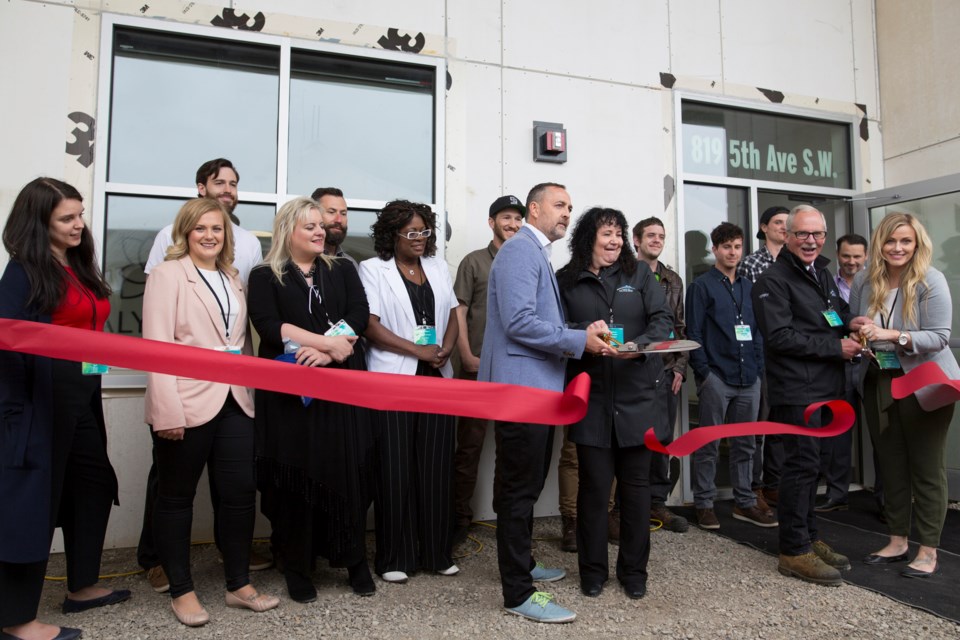 SUNDRE - Recent restructuring at Sundial and Aurora, including looming layoffs and CEO resignations, has not spurred any substantial concerns about the state of the industry for Sundre-based Candre Cannabis.

Jesse Beaudry, president and CEO of Candre, said his company’s plans remain par for the course, and continues to forecast incremental growth.

“We’ve been hiring through 2019 and have additional hires planned for 2020,” Beaudry said, adding some have come from Aurora and Sundial.

Expressing “a great amount of respect” for those companies, Beaudry said last Friday that “They’ve accomplished amazing things. Aurora’s been a pioneer in the space — they’ve done a lot of good things.”

Any loss of jobs is always unfortunate, he said.

“I don’t like it when any industry is downsizing; it impacts people and families.”

Running a business is challenging in any industry, and Sundial and Aurora are trying to figure out a way to ensure long-term sustainability, he said.

But Candre, he added, is at this time not considering any operational or staff cutbacks — quite the opposite.

“We’re a growing company in Sundre.”

Fostering good relationships with several retailers, including conversations with Alberta Gaming, Liquor and Cannabis, the agency responsible for administering the Gaming and Liquor Act, offers invaluable insight on the state of the cannabis industry, especially regarding demand for product, he said when asked whether oversupply has become an issue.

However, the quality of product on the legal market is not always up to par with consumer expectations, he said.

“Retailers are telling us they’re having a hard time keeping quality cannabis available,” he said, adding orders for certain strains — as well as the recently introduced edibles — often cannot be met.

“What I hear, coming from retailers and those selling it, is there’s not an oversupply of quality cannabis. But there is an abundance of lesser quality product,” he said, adding Candre's primary goal since the get-go has been to grow high quality cannabis.

“I feel the same way today as I did when we first broke ground,” he said.

Although disappointed to see others in the sector struggling, nothing has changed as far as Candre is concerned, he said.

“If anything, it’s a matter of filtering through opportunities to ensure we make sound decisions.”

From the beginning, Beaudry said his company has been cautious about getting ahead of itself.

“We don’t want to get too big too fast. That’s been a challenge in the sector.”

The focus is not only on cultivating high quality cannabis, but also taking measured steps to grow the company in a disciplined way, going forward only “when we’re ready and have proven we can move,” he said.

“Sometimes slow and steady wins the race, especially in a new industry.”

This approach, he said, has attracted partnerships such as the recent announcement that Dope Automation Ltd., a Canadian dealer and distributor specializing in manufacturing packaging machinery, will be teaming up with Candre.

“By the end of March, we will be pre-rolling, making joints on site.”

Beaudry said he planned to fly out to Toronto this week to finalize product packaging and labelling.

“We’ve been working on compliant packaging with Health Canada,” he said, adding the process has largely been finalized and that a few final meetings remain.

“They looked at everything. I was impressed with their knowledge,” he said, adding the inspection confirmed Candre is “on the right path with some of our initiatives, from packaging to growing techniques.”

Although still in active review for an amended retail sales licence, Beaudry said he was pleased to see progress in that direction. Once approved, the licence will unlock the rest of Candre’s grow rooms, he said. So far, two grow rooms have been operational producing test crops, with another 10 ready to go online pending final approvals.

But a good business plan only goes so far, and Beaudry reiterated the sentiment he’s expressed since the start.

“Without the community, we have no company.”