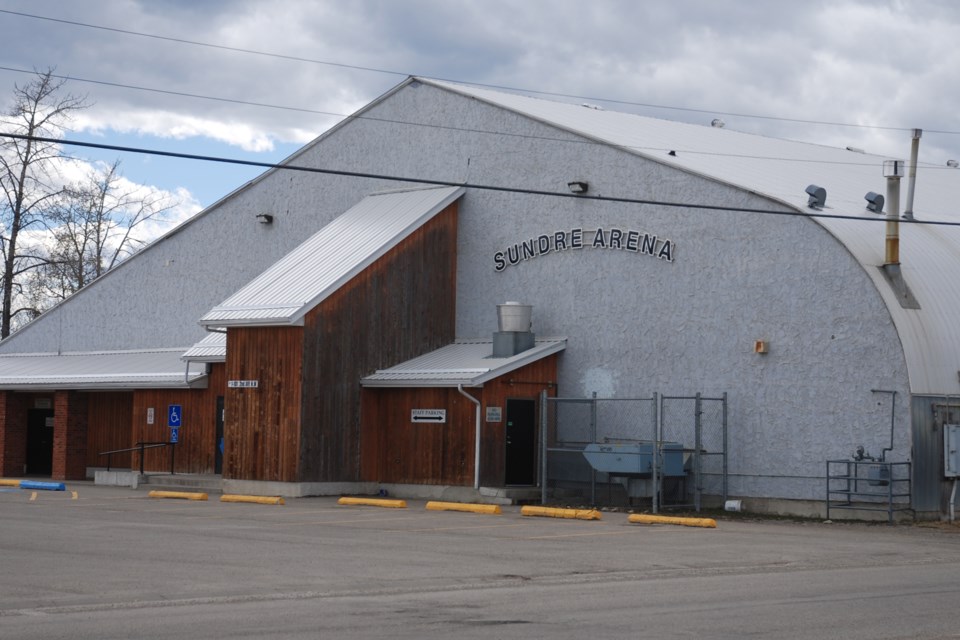 Sundre town council voted to keep the ice in the arena until the end of March. File photo/MVP Staff

SUNDRE — Barring any further pandemic clampdowns in the event of an increase in confirmed cases, the ice at the local arena will remain until the end of March.

Following the recent announcement from the provincial government that certain restrictions had been relaxed, council officially decided during the regular Feb. 8 meeting held by teleconference to keep the facility operational until the end of the regular season.

Sue Nelson, manager of the town’s community services department, said the development meant the municipality would be able to resume ice surface rentals for local user groups for youth including minor as well as rec hockey.

Having been contacted by some of the local user groups, she said they enthusiastically expressed a keen interest in getting back on the ice.

“They’re all ready to go,” she said, seeking a motion from council to either allow the ice to remain, or to close the arena for the season.

Coun. Rob Wolfe sought a comparison between the costs associated with continuing to run the arena and the potential revenue generated from renting the ice to offset the operational expense.

For the time being with only youth user groups renting the ice throughout the rest of February and March, Nelson said the potential total income amounted to about $7,800.

Should, for example, adult user groups like the men’s league be able to return in March, that would add another roughly $4,700 for that month. Determining the total operational cost involved crunching down numbers from the last three seasons to calculate averages.

Water, gas and electricity added up to a bill amounting to about $6,350 for February and almost $5,200 for March, she said.

Coun. Wolfe followed up to asked if that cost included wages, and also pointed out that Hockey Alberta had cancelled the rest of the season.

Linda Nelson, chief administrative officer, reminded council that the municipality did not lay off any employees during the pandemic, and said that wages would be paid regardless of whether the arena is open.

The manager of community services also said that while the minor hockey league season is over, the local association nevertheless remains interested in securing ice time so the players can yet get some practices in.

Additionally, a portion of the provincial government’s Municipal Operating Support Transfer program can also be allocated toward offsetting revenue lost as a result of the facility’s closure, said Chris Albert, director of corporate services.

Coun. Todd Dalke then moved to keep the arena open.

“We need to get our facilities back open and continue the season,” said Dalke. “It’s time to get the community rolling again, so I definitely support the motion to stay open.”

For the sake of clarity, Coun. Richard Warnock pointed out the motion did not include a timeframe, and wondered until when the arena would remain open.

Sue Nelson said the arena generally closes after the last weekend of March, about seven weeks from the time council met.

Dalke amended his motion to include a mention of that timeline.

Mayor Terry Leslie added council’s decision would hinge on developments regarding the pandemic, and that any further restrictions and limitations could affect the direction to keep the ice.

“We could add in a clause to allow for the limited use of the facility by the public until the end of March, based on provincial guidelines allowing us to proceed,” said Linda Nelson.

Coun. Paul Isaac also asked whether the manager of community services had perhaps been in contact with any other user groups from places where the ice has already been taken out.

“I’m not asking for anything — I’m supporting the motion. But I’m just throwing that all out there,” said Isaac.

Coun. Charlene Preston said she had initially asked the chief administrative officer the week before the meeting to include the discussion on the agenda following Hockey Alberta’s announcement but before the provincial government’s decision to ease restrictions, as she was at the time under the impression there would be no point in paying to maintain the ice surface if there was no hope to rent the facility.

“We need to beware though. If we are to keep our ice — and I’m totally in favour of that, I think getting the kids back on the ice is fantastic for not just their physical health but their mental health as well — I think we need be very cautious about inviting other groups here, just because of potential transmission of COVID,” said Preston.

“Many of those teams could be coming from the cities where they don’t have ice, and I would hate for them to be introducing an unwanted problem for us in a small town."

Redirecting the discussion to the matter of the motion on the table, the mayor called a vote.

Speaking in favour of the motion, Leslie said he supports having the facility open to provide local youth with an important opportunity to boost their mental and physical health.

But recalling a recent letter of expression penned by local physicians expressing concerns about potential super spreader events in town, the mayor was not supportive of inviting groups or teams from out of the community.

“Our first priority should be our own kids,” he said, adding the town should not look farther away than right at home to find user groups to rent the ice.

After the mayor called a vote, the motion carried.