Seasonal attraction near Sundre ends for another year 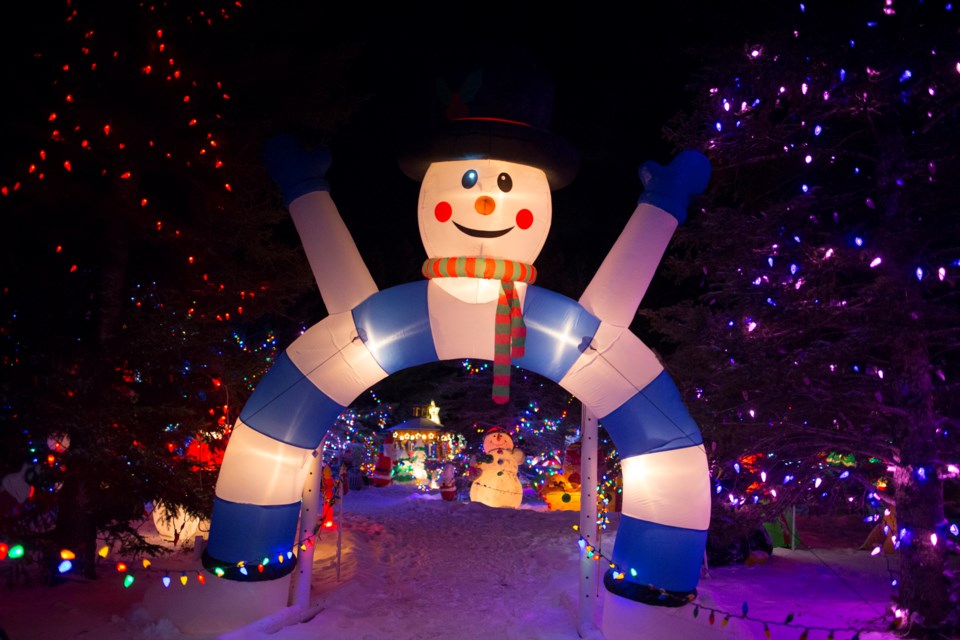 Christmas lights on display at the home of Jackie and Al Forbes near Sundre attracted visitors from places like England and Japan. Noel West/MVP Staff

SUNDRE - A seasonal outdoor light display west of Sundre that has attracted visitors from around the world is in the process of being dismantled for another year.

Jackie Forbes said she and her husband Al kept the display lit longer this year -- until Jan. 5 -- on account of warmer weather and to accommodate visitors coming from afar.

“I read the guest book every day. There’s been people from England, Australia, Japan. They come from everywhere,” said Forbes.

Featuring all things Christmas, the walk-through outdoor display at their home a few miles west of town has grown to span a couple of acres.

Forbes couldn’t fathom how many lights or individual objects form the display, but said they add to it every year.

It’s a labour of love that began in earnest after they acquired a Santa sleigh and reindeer that held sentimental value.

Forbes grew up in the area and said as a child, she always knew it was Christmas when the neighbours set out their Santa sleigh display.

“One day I asked if it was still kicking around and when I got that, it just sort of took off,” Forbes said.

While she said they’ve always put up Christmas decorations and lights, it’s just been in the last seven or so years that they’ve developed pathways for people to walk through.

It’s hard to tell how many people have visited, she said, as some don’t sign the guest book while others may sign as a family rather than as individuals.

The months of work it takes to get the display ready is worth it, she added, just to know others are enjoying it.

“You can hear the kids laughing and shouting with excitement. That’s what does it for me,” said Forbes.

Typically, the display is ready for Dec. 1 and stays up and lit until Jan. 1.

Dismantling it will be as much work as erecting it was, she said.

The Forbeses start work on the display in September every year, picking away at it in the evenings and on weekends. Both work full-time so “it’s whenever we get the chance,” she said.