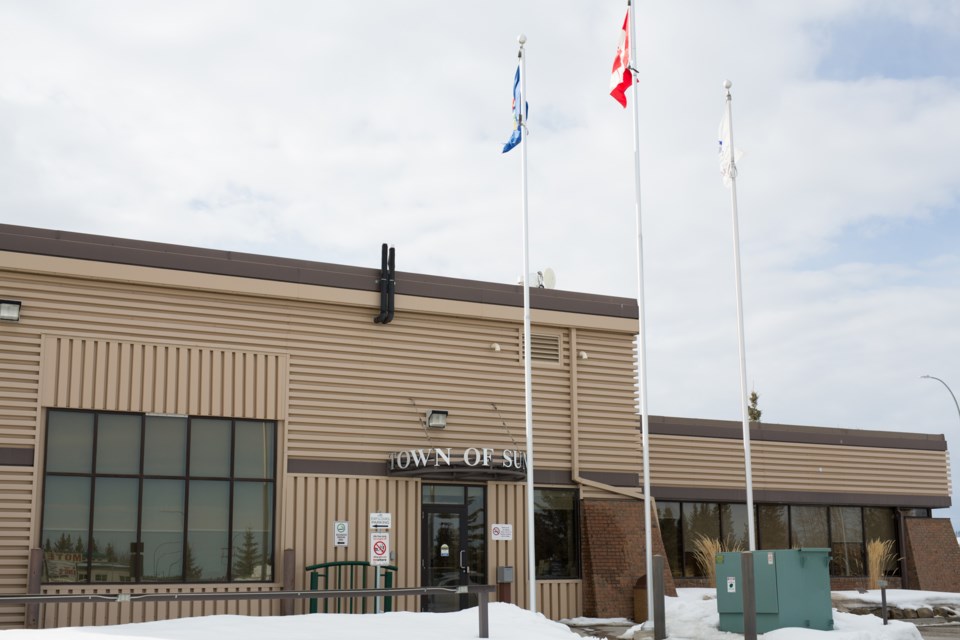 SUNDRE — Several gravel roads and access points located adjacent to businesses within municipal boundaries were approved for some needed tender love and care.

“Many of these roads are extremely dusty with any traffic travelling by — even at slow speeds — and are riddled with potholes and uneven surfaces,” Linda Nelson, chief administrative officer, said during a regularly scheduled council meeting conducted by teleconference last month.

Prior attempts by town staff to spray the areas in question with products to mitigate the amount of dust being kicked up are not ideal, as these products not only impact some of the equipment and items owned by nearby businesses, but are also only effective for a short period of time, Nelson told council.

“These areas seem to be consistently moved down the list of priorities as more urgent repairs come forward,” she added.

But courtesy of additional funding received this year from the provincial government’s Municipal Sustainability Initiative (MSI) program, the repairs will provide a more permanent solution that will not impact the budget, she said.

The three areas of concern identified by staff, who have also received requests from the businesses’ owners over a number of years, are: sixth Street SE, located in the industrial area east of Bergen Road; entranceway to 6th St NW, located between the Bear’s Den and the Children’s Emporium; and the alleyway between 2nd Street NW and 3rd Street NW, the lane located north of ATB and Piros Family Restaurant.

Staff sought quotes to double chip seal the entire length of 6th Street SE from the Highway 27-Main Avenue corridor to the soccer pitch on 3rd Street SE, which is expected to allow for seamless storm drainage, as well as the damaged surface adjacent to the mobile homes along that street, at an estimated cost of $54,984, she said.

The gravel roads of the business section on 6th Street NW and the back lane adjacent to the business district between 2nd and 3rd Street NW, were quoted for a single application of chip seal at $15,015, she added.

The work will benefit not only many businesses but also a number of residents by improving access ways, she said.

Coun. Cheri Funke moved the recommended action to approve the projects at a combined cost of $69,999, with funds to be drawn from MSI.

The councillor also wanted to know how long the chip seal is expected to last, and how quickly the work would get underway.

“I imagine with regular maintenance, it’s going to last a number of years,” said Nelson. “And we’ve already received quotes for these upgrades. So, I’m going to imagine that these would start fairly soon."