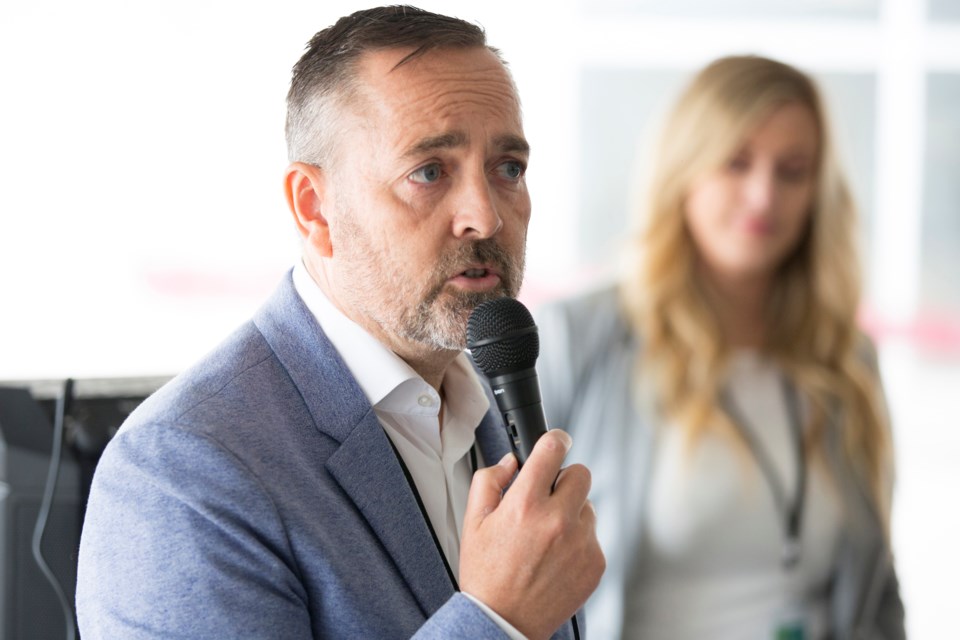 SUNDRE - Things are rolling along at the Candre Cannabis facility.

Courtesy of a new partnership, the company expects to be packaging its own product — as well as that of other licensed producers — in the coming months, said Jesse Beaudry, Candre president and CEO.

“All of the equipment required for packaging our product is showing up next month,” Beaudry said last week.

The automated packaging line is expected to be installed and operational by March, he added.

“We’re excited about it,” said Beaudry about the partnership with Dope Automation Ltd., a Canadian dealer and distributor that specializes specifically in manufacturing packaging machinery.

“It’s not easy to get that equipment,” he said.

Not entirely unlike food packaging lines, the heavily automated machinery will, for example, produce pre-rolls as well as package dry cannabis flowers in labelled containers, he said.

“They know the equipment and how to maintain it,” he said.

“We’re fortunate to have aligned with them.”

Dope is a dedicated equipment provider that is focused solely on the packaging aspect of the legal cannabis industry, he said.

“They don’t grow product, they just package. If you’re Sundial, Aurora or Candre, and you want to buy pre-roll machines or packaging machines, they’re on a list of companies to talk to. That’s what they do — they only do that.”

Candre remains a private entity under the partnership, “but we get a very smart equipment company that can help us package so we can focus on what we do best, which is grow the product,” he said.

While Candre previously received Health Canada licensing to start growing, the company submitted an application to the federal regulatory body before the holidays to obtain an amended licence that would enable retail sales. Candre can sell product in the medical market or to other producers, but two test crops will require Health Canada approval before the company can enter the recreational market, he said.

The first test crop has been packaged, and the second is still growing, with the harvest expected to take place later in February, he said.

There are currently two operational growing rooms, with another 10 awaiting the proverbial green light from the government, he said.

“This morning, Health Canada sent me an email, and they’re in active review,” he said on Thursday, Jan. 16.

“We expect to get that licence soon.”

The partnership also paves the way for Candre to package the product of other licensed producers, he said.

“We’ll have the ability to co-package on behalf of other producers.”

Some growers might not have the funding or expertise to set up their own packaging lines, he said.

“We’ll bring their product into our facility and do it for them,” said Beaudry, adding he’s been actively approaching other licensed producers to solicit the market in search of new business opportunities.

While Candre would prefer to source product grown in Alberta due to a closer proximity, Beaudry said the scope includes companies throughout Canada.

The decision to partner with Dope was an opportunity that arose relatively recently and had not always been part of the plan.

“It was absolutely new. We didn’t set out to do that in the beginning,” said Beaudry.

“They heard about us at a conference in Toronto,” he said, adding, “They called me out of the blue.”

Candre’s passion has always been to produce high quality cannabis for the medical market, and while that has not changed, he said, “We just want to unlock all options.”

Looking ahead, he said Candre intends to first expand within the facility’s existing footprint and get the remaining grow rooms online once the company receives its amended sales licence from Health Canada.

Further down the road, Beaudry said the company remains keen on building an expansion directly to the east of the current structure, which is located in Sundre’s southwest industrial district.

However, he said the expansion would advance as a single-tier growing operation — as opposed to the current three-tier setup — with more of a focus on extraction production for the edible market.

Beaudry credits his company’s progress to date not only to the community, but also the local workforce.

“The Sundre people working at Calyptra are blowing me away for how good they are. The crew’s knocking it out of the park,” he said.

“Our doors would be closed if it wasn’t for the community. Without Sundre, we wouldn’t exist. The more time we spend here as a business, the more we appreciate the community,” he added.

“Our success is driven by ancillary businesses that allow us and our service companies to get things done.”

Sundre aquatic society president remains optimistic
Feb 23, 2020 6:25 AM
Comments
We welcome your feedback and encourage you to share your thoughts on this story. We ask that you be respectful of others and their points of view, refrain from personal attacks and stay on topic. To learn about our commenting policies and how we moderate, please read our Community Guidelines.