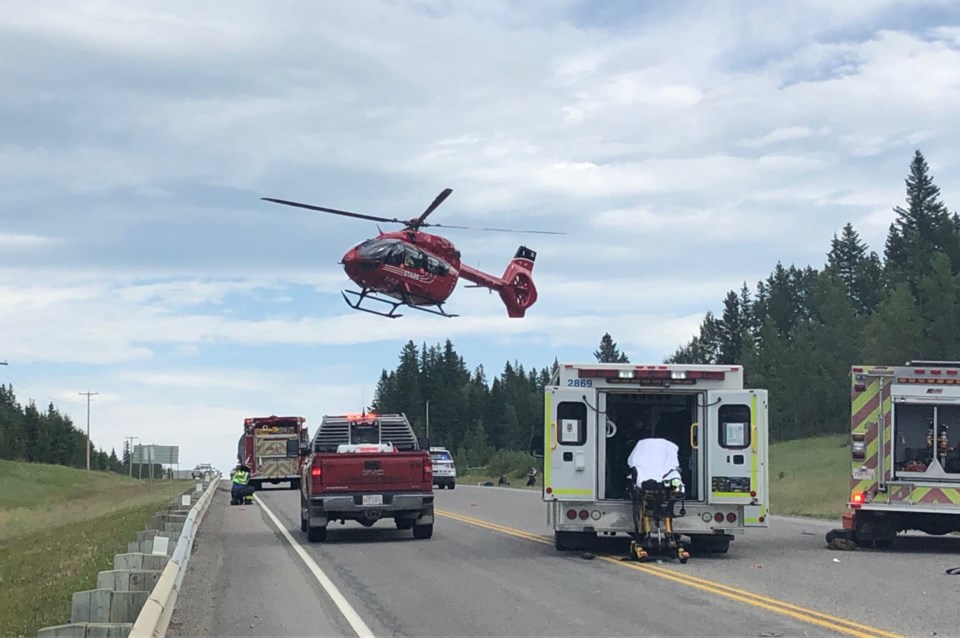 SUNDRE – One person, believed to be an adult male, was taken by STARS air ambulance from the scene of a three-vehicle crash on Highway 27 just east of Sundre this afternoon.

The injured person’s condition was not immediately known.

The crash occurred shortly before 2 p.m. on Thursday, Aug. 6 and resulted in one of the vehicles, a small car, being heavily damaged.

Two pickup trucks involved in the mishap were also damaged.

A witness at the scene, who asked not to be named, said the person airlifted from the scene was the driver of the car.

A second man was treated by EMS at the scene.

Police at the scene said they would be providing an update later.