Local restaurants getting back into gear 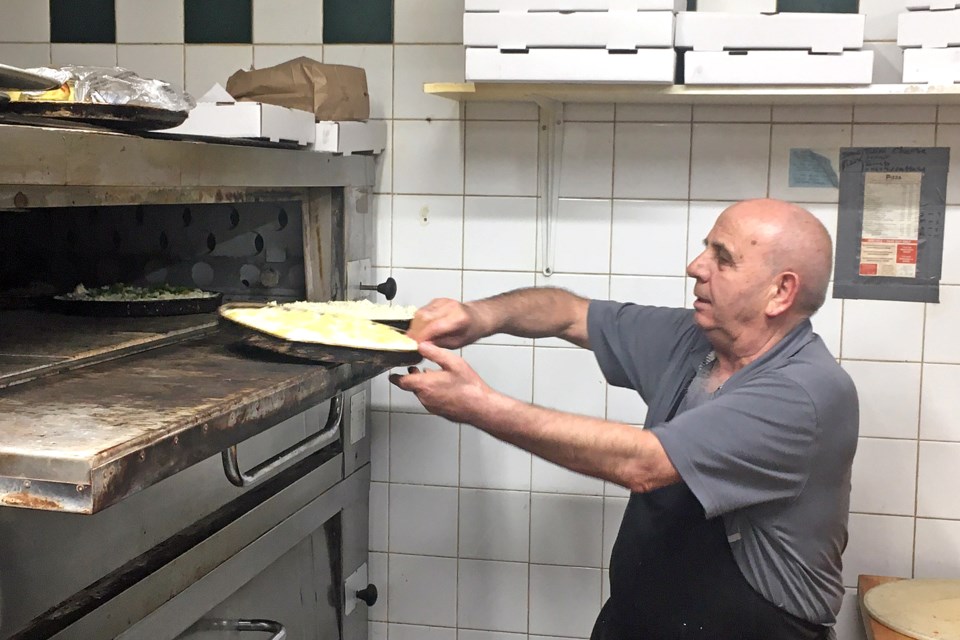 SUNDRE — Some local restaurants have recently been ramping up their operations, and while some patrons are enthusiastically returning, others remain more reserved.

Following the provincial government’s recent decision to start Stage 2 of the economic relaunch strategy, most of the restaurants in Sundre have fully reopened.

Before the June 12 launch of Stage 2, Piros Family Restaurant had been operating at 50 per cent capacity since earlier this month, but is now fully open, said Hellen Mitsoulas, who owns and operates the establishment with husband George.

While some patrons have been coming in, others have continued to call in for takeout, she said.

Chris Vardas, who owns both Original T’s as well as Cedar’s Pub, said his establishments opened earlier this month at half capacity, but since the government’s announcement, have ramped up to full capacity. However, Vardas added efforts to ensure physical distancing between customers as per provincial regulations means reaching full capacity remains elusive.

“I’ve noticed people are wanting to get out of their houses,” he said.

“Some people are tired of being cooped up and they’re excited to be out and about,” he said, also recognizing that there are those who remain “a little bit scared, and they have a right to be.”

After initially letting go his entire staff at the onset of the pandemic lockdown, Vardas said he was able to bring most of them back. Between both locations, he once had about 26 employees, and is now at 18, he said.

“Until we can fill more seats, it doesn’t make financial sense to bring back full staff.”

Similar to other local eateries during the lockdown, Sundre Hotel Restaurant had been accommodating takeout orders. Management decided to take time to play it safe before reopening on the morning of Friday, June 19, said Teresa Sanford, one of about eight servers who were back on the rotation.

Although the government has given restaurants the green light to reopen at 100 per cent capacity, the direction in a sense conflicts with the requirement to maintain physical distancing, said Sanford.

Despite restrictions being eased with the launch of Stage 2, Falt said she plans to continue operating at about one-third capacity and has occasionally unfortunately had to ask patrons to return another time.

However, business has been going well enough that all nine staff — just a few of whom replaced previous employees — are back on scheduled, she said.

Derek Ralph, owner of Twisted Panty, said his bistro is open at half capacity, and was busy on June 12 when the restaurant reopened for dine-in patrons.

“Everybody’s been fantastic,” Ralph said on June 16, adding there had been no issues to date.

Aside from adhering to physical distancing measures, he said one of the biggest challenges has been predicting what kind, and how much, fresh produce to stock up for a full menu, as some people remain reluctant to come out. The cook said he’d rather sell out of something than end up with waste when margins are so tight.

But perhaps the hardest hurdle was his goal to make it through the first year.

However, plans he had to invest in signage have been pushed back.

While he would try to accommodate a busload of hungry patrons, Ralph said for now he plans to continue on as though there was a 50 per cent limit.

“We want everybody to feel comfortable.”

Counting himself, Ralph said there are five employees, including two part-time staff, who were never laid off.

“They helped build the place.”

Burger Baron, which continues to offer takeout, is the only establishment that for the time being remains closed for dine-in customers.

“Our front door’s been open for pickup,” said Ray Kamaleddine, owner and manager of the family business.

“Our saving grace was our drive-thru window,” Kamaleddine said, adding that helped maintain physical distancing while keeping the business open.

People have the option to call or walk in to place an order, and then wait outside at the picnic tables until their food is ready, he said.

“We stayed on that policy, especially over the weekend with more visitors coming to town,” he said on June 16.

They plan to reopen fully eventually, but had not yet committed to a specific date, he said.

“We’re waiting to see what happens — better safe than sorry.”

Although hours had be reduced a bit, he said no staff had been laid off.

“Fortunately, we came out OK. Everybody kept their jobs,” he said, adding there are eight employees, a dozen with family included.

The kitchen, dining room and patio at the Sundre Golf Club fully reopened on June 12, said Scott Shouldice, head golf pro. They had been operating at 50 per cent capacity since early June, he added.

“Everybody is still supposed to socially distance,” said Shouldice, adding servers are wearing masks when taking orders from patrons at tables.

Staff remains somewhat limited, as the restaurant is still a bit slow, he said, adding there are about half a dozen servers compared with an average closer to eight.

“People are a little nervous to go back to eating out.”

The Coyote Den at Coyote Creek Golf and RV Resort had also been operating at half capacity throughout Stage 1, said Dean McBride, head golf pro.

With indoor and deck seating spaced appropriately as per guidelines, McBride said the Den can accommodate 70 people — on a sunny day.

While there are those who are still a bit leery about heading out, he said others have been coming back, although the golf course has been busier than the restaurant.

“We’re hopeful. It’ll take some time, but we’ll get back there.”

Graffiti — art or vandalism?
Jul 8, 2020 6:30 AM
Comments
We welcome your feedback and encourage you to share your thoughts. We ask that you be respectful of others and their points of view, refrain from personal attacks and stay on topic. To learn about our commenting policies and how we moderate, please read our Community Guidelines.