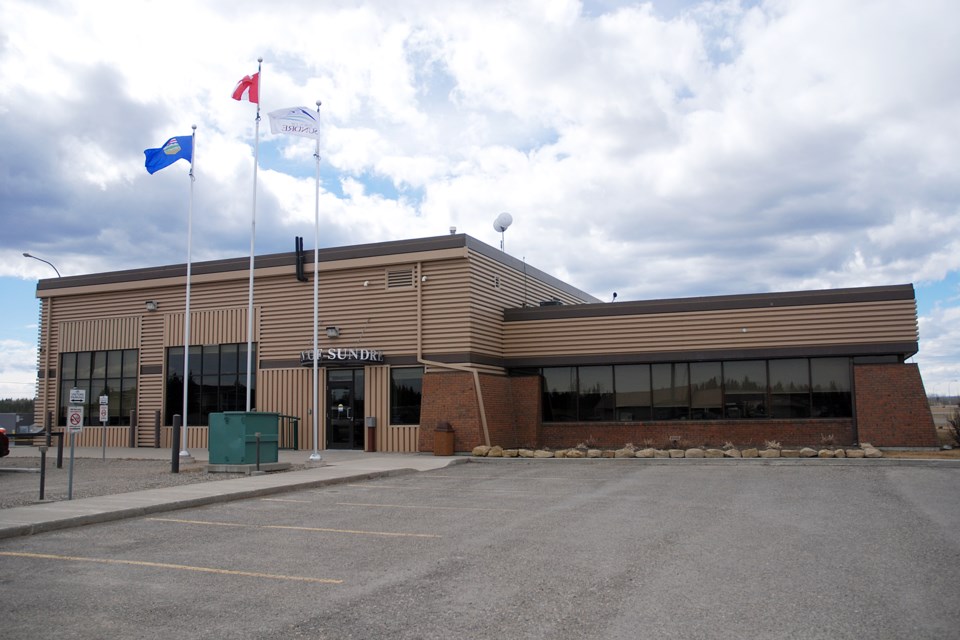 Council was just about evenly split during the Nov. 18 meeting on whether to refund a relatively minor Gas Alberta Inc. rebate to consumers, or to instead allocate the $44,000 lump sum into a restricted surplus account. File photo/MVP Staff

SUNDRE - Council was just about evenly split on whether to refund a relatively minor Gas Alberta Inc. rebate to consumers, or to instead allocate the $44,000 lump sum into a restricted surplus account.

“However, one of the intents of this is administration would like to apply council’s motion on a go-forward basis,” said Albert.

“So whenever we get these rebates in the future, we don’t bring them as individual items, we deal with them consistently and we bring the information to council.”

This year’s rebate from Gas Alberta amounted to a little more than $44,000, and administration proposed offering a refund similar to last year’s approach, he said.

“It would equate to approximately $20 per average household that would show up on their December bill.”

Coun. Rob Wolfe moved the first recommended action to approve a per gigajoule credit to be applied on utility bills issued in December for natural gas consumption used in November, with the per gigajoule rebate rate being dependent upon the total number of gigajoules sold.

“I would far prefer that it goes to the gas department’s life cycling restricted surplus account,” said Dalke.

Coun. Richard Warnock spoke in favour of the motion.

“The Town of Sundre residents need something at some time,” said Warnock.

“It’s a small token of returning some of their funds,” he said, adding $20 for some people could be beneficial.

“I’m not against restricted surpluses, I’m just saying this is a good thing to do and I would like to continue as we’ve done before.”

Coun. Cheri Funke spoke against the motion, adding customers who pay for gas are not just residents.

“They’re (also) the places that we can’t charge property tax to,” said Funke.

“It is a way for those people to put some money into surpluses for the town as a whole.”

Mayor Terry Leslie spoke in favour of the motion for consistency’s sake.

“I support administration’s request to give back to the community,” said Leslie.

“It might be $20 in the average household, but it could be a considerable amount for some of the businesses that are high gas users,” the mayor said, adding that in the current economic climate, a rebate would be his preferred option.

“It is a way to give back to the community.”

“It’s council’s discretion,” she said, adding a discussion on how to allocate the gas rebate should be held annually.

The councillor added she also didn’t necessarily believe the rebate should go towards the gas department’s life cycling restricted surplus, and could instead be used towards a community project.

“I know that there are people who are hurting. I’m not going to dismiss that as something that is not important. But I also think that it is something that we could do for the community.”

Without further comments, the mayor called for a vote on Wolfe’s motion, which carried narrowly by one vote, with Funke, Dalke and Coun. Charlene Preston opposed.

For additional clarity, Warnock pointed out the motion did not include a mention of taking the same approach every year, and that the issue should always be brought back to council for discussion before a final decision.