Sundre Foothills Lodge up for sale

The process to establish a new purpose for Sundre’s former Foothills Lodge is progressing.
Feb 12, 2019 10:00 AM By: Simon Ducatel 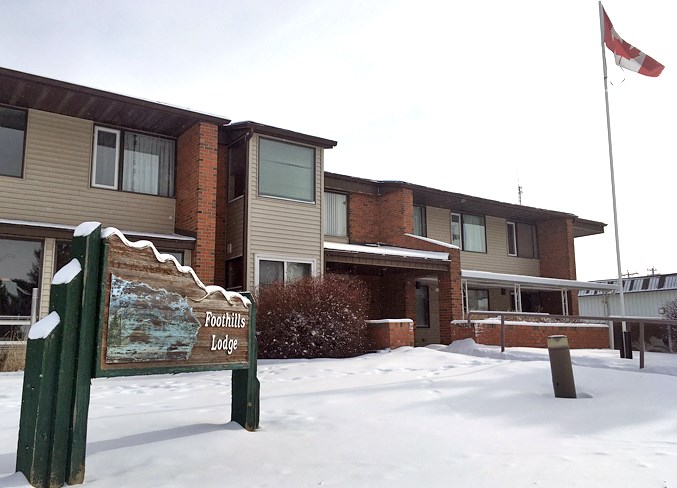 The former Foothills Lodge seniors&#8217; living centre has been listed for about $2.8 million. How the facility will eventually be repurposed depends on who buys the property, said Sam Smalldon, chief administrative officer of Mountain View Seniors&#8217; Housing, which will continue to act as the caretaker until the building comes under new ownership.

The process to establish a new purpose for Sundre’s former Foothills Lodge is progressing.

What the building — which once housed a seniors' assisted living lodge — will eventually be used for depends on the plans of whoever eventually purchases the structure.

“Any opinions we have don’t matter, as we’re not involved,” said Sam Smalldon, chief administrative officer for Mountain View Seniors' Housing (MVSH). The non-profit organization continues to maintain the former lodge in Sundre that is currently under provincial ownership.

“We hope that it ends up with a good purpose for the community,” Smalldon said.

Area mayors and Mountain View County's reeve met with a representative from the Ministry of Seniors and Housing on Feb. 4 at MVSH's administrative offices in Olds, he said.

The former Foothills Lodge has now been appraised and is expected to be going up for sale in the immediate future, he said, adding as of last week there was no specific date as to when that would happen.

“I’m told it’s soon, in the coming weeks,” he said, adding interested parties should consider keeping an eye out for that potential opportunity.

In the days after the Round Up spoke with Smalldon, the 37,500 square foot building constructed in 1984 was since listed for about $2.8 million by Century 21 Westcountry Realty Ltd.

“This general listing is open until 4 p.m., March 1, 2019 at which time all offers will be reviewed. This property is a general listing in the community. Century 21 Westcountry Realty only represents any interested purchasers,” reads a post on their social media page.

The decision to sell the building was made by the provincial department’s minister, Lori Sigurdson, following a significant amount of time that had passed before and after the new Sundre Seniors Supportive Living facility was finished, said Smalldon.

“It has taken some time to get to this point, but we’re getting to the final stage of being ready for the sale,” he said.

“We’re happy that Sundre will have that site being used for a specific purpose rather than sitting empty.”

Although MVSH had recommended the building be repurposed to accommodate the independent seniors' housing market, Smalldon said the facility’s future use is going to ultimately be determined by the new owners.

“Depends on who buys the building,” he said.

MVSH played its part by gathering input from the public, but that’s as far as the organization can go since the province owns the building, he said.

Unable to comment on what a minimum bid could be, Smalldon said the province will be handling the sale and that the price will come as a result of negotiations.

“Mountain View Seniors' Housing is not involved in the sale at all.”

The organization will, however, continue to act as caretaker for the building “until a new buyer takes ownership,” he said.