The future of the Foothills Lodge, Sundre’s former seniors' housing facility, continues to linger in limbo.
Aug 13, 2019 10:00 AM By: Simon Ducatel 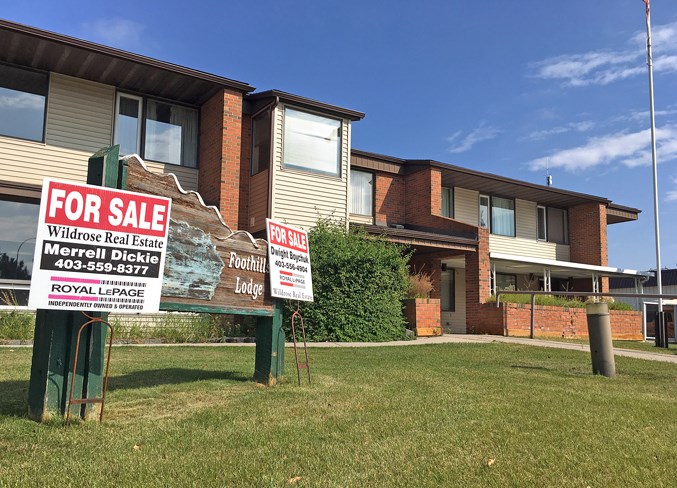 While there have been expressions of interest in purchasing the former Foothills Lodge seniors&#8217; living facility, no official offers on the multi-million-dollar structure have been made, leaving the building’s future in a state of uncertain limbo.

The future of the Foothills Lodge, Sundre’s former seniors' housing facility, continues to linger in limbo.

The centre’s residents were all relocated to Mountain View Seniors' Housing’s new campus of care in Sundre’s southwest several years ago, leaving the government-owned structure located on the corner of First Street and First Avenue Northwest near the fire hall vacant and unused.

Following consultations, the provincial government decided to sell the building, which was officially listed earlier this year. The government contracted the sale of the building out to realtors.

“They took several years to come to the decision to put the building up for sale,” said Sam Smalldon, chief administrative officer for MVSH.

“We know there has been some interest,” said Smalldon, adding MVSH is not privy to specific details, “neither should we be.”

Since the non-profit organization has no hand in the sale, he said any inquiries he receives are redirected to the Sundre-area realtors.

Dwight Boychuk, a Sundre realtor with Royal LePage Wildrose Real Estate, said last week that there have been several expressions of interest and subsequent showings.

However, no offers to purchase the multi-million-dollar structure have yet to materialize, said Boychuk.

Smalldon could not comment or speculate on what could potentially happen should the facility not be sold, as any alternative plans or decisions would be made by the ministry of Alberta Seniors and Housing.

Rimbey-Rocky Mountain House-Sundre riding’s UCP MLA Jason Nixon, who following his party’s win in the spring election was named minister of Environment and Parks, responded by text and said when the lodge originally became vacant, a community-based committee recommended two options for the property.

This led to the decision to list the property for sale.

“The Government of Alberta hopes that a buyer will consider the recommendation that independent housing for seniors or special needs residents or an educational residence facility would best serve the community,” Nixon wrote on Thursday, Aug. 8.

“In the event the lodge does not sell, we will continue to work with our community partners to explore alternatives.”

Natalie Tomczak, press secretary for the minister of Seniors and Housing, wrote on Tuesday, Aug. 13 the following by email, “The Government of Alberta is considering two options for the Foothills Lodge based on recommendations from a community committee. We appreciate the recommendations put forward by the committee, that a buyer should consider independent housing for seniors, special needs residence or an educational residence facility. Should the lodge not sell, we will continue to work with our community partners before making a decision about demolition.”