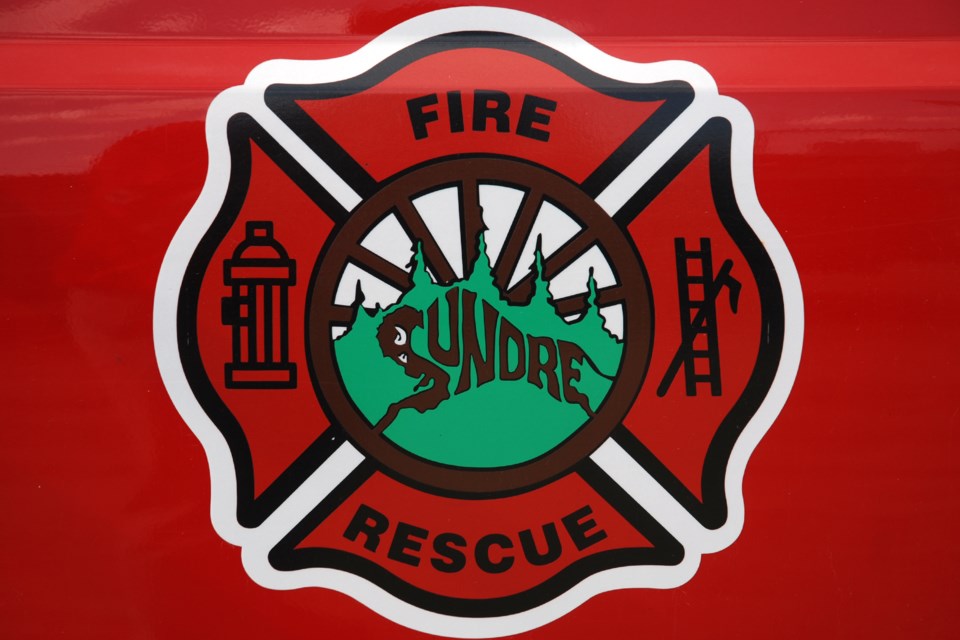 SUNDRE - The Sundre Fire Department’s chief bounced out of bed early in the morning last week to rush to a scene of a reported structure fire.

Marty Butts said that the call came at about 4:30 a.m. on Tuesday, Nov. 19, and that he was the first to arrive at the scene in the department’s command truck.

“I do a 360 on the place and get my game plan ready, hopefully before the rest of the crew arrives,” he said.

That way, members can immediately be delegated on priority tasks as soon as they get there, he added.

A shed on the west side of 10th Street SW across the road from the Candre facility was fully engulfed in flames threatening an adjacent home, he said.

“The deck and house were starting to burn,” he said, adding the people renting the property, who raised the alarm, were losing ground against the blaze in their effort to stop or at least slow down the fire with a hose.

Fortunately, a prompt response from the fire department prevented the situation from further getting out of control.

“It could have been worse,” he said.

The house was saved and the residents later returned after evacuating as a precaution, he said.

“There were kids in the house,” said Butts, adding he had heard a night guard at Candre ran over to offer assistance after observing on surveillance cameras the fire start to unfold.

“The security guard that was on staff at the time, rushed to the scene and helped get the children out,” said Candre communications coordinator Tanya Normandeau.

“It was good because he ran over there to see if anybody needed help,” said Butts.

Mere moments after pulling up in his command truck to assess the scene and develop a plan of attack, including whether power or gas utilities needed to be called out, the cavalry arrived with a fire engine to begin battling the flames, he said.

“We were on scene less than 10 minutes from the time of the call,” he said, adding another truck was dispatched to provide additional water just in case.

“It was a really good response,” he said.

The job took about an hour, followed by another half an hour cleaning up gear at the fire hall, he said, praising the department’s diligent volunteers.

When asked how the shed caught fire, the chief said he suspected an electrical issue with temporary lighting that had been set up.

“I think it was an oversize light for the size of the building,” he said, adding he suspected a large bulb got too hot and was too close to flammable material.

“That way things are safer.”

The chief added he was pleased to report that despite winter’s early arrival, the department has not been overwhelmed by similar calls.

“We haven’t had a structure fire for a few months.”