Sundre town councillors have approved the local improvement plan for east side services, as well as a 20-year timeline for resident and commercial owner repayment of the costs. During a special council meeting on Jan.
Feb 1, 2011 12:00 AM By: Dan Singleton 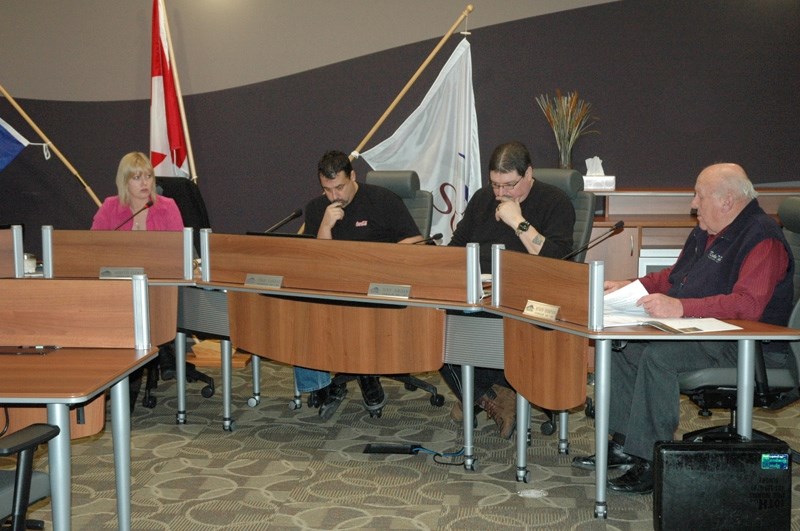 Sundre town councillors have approved the local improvement plan for east side services, as well as a 20-year timeline for resident and commercial owner repayment of the costs.

During a special council meeting on Jan. 24, councillors voted unanimously to approve the plan, which calls for the provision of water, wastewater, storm water, fire hydrants, paving, curb, and gutter to the properties on the east side of the Red Deer River.

Owners of property on the east side of the Red Deer River, prior to the 2010 annexation, are liable to pay the local improvement.

The provincial and federal governments are contributing $6 million towards the project.

During an open house two weeks ago, Mayor Annette Clews told guests that the local improvement fees are the most equitable way to finance the town's portion of the project.

Once the project is completed it will make east Sundre more attractive to new commercial ventures, and safer in terms of drinking water, she said.

Engineers from BSEI outlined details of the project, saying the installation of water and waste water lines is scheduled to take place in three phases, with Phase I starting this spring.

Phase 1 will involve the installation of water and sewer, including new curbs and gutters, to 38 residential and three commercial/industrial lots. Phase II will involve 22 lots, and Phase III will involve 51 lots.

Residents and commercial owners will have 10 years to connect to the system from the time of availability of services at their respective property.

As well as approving the plan, councillors also passed the following motion regarding the timeline of repayment:

ìThe Town of Sundre council moves to approve the local improvement for 20 years to cover the costs associated with the east side servicing project for residential, commercial and industrial east side lots.î

During the open house, guests heard that a 15-year repayment plan was being proposed.

Under the 20-year repayment approved last week, residential owners could pay a total of $35,544 over 20 years, and commercial/industrial owners will pay $1,777 a year per metre of frontage.

Councillors also gave administration a direction to look for grants that might be used to help residents pay for the capping of their existing water wells and the decommissioning of their septic systems.

Fresh section of asphalt on Centre Street
Jul 1, 2020 6:00 AM
Comments
We welcome your feedback and encourage you to share your thoughts. We ask that you be respectful of others and their points of view, refrain from personal attacks and stay on topic. To learn about our commenting policies and how we moderate, please read our Community Guidelines.