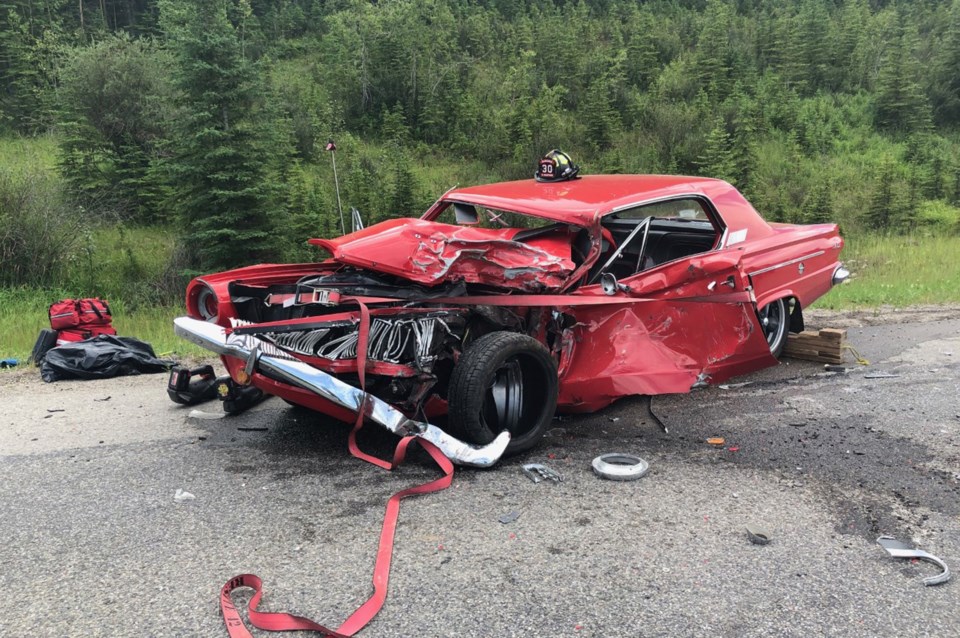 A 1963 car involved in a crash on Highway 27 east of Sundre on Thursday afternoon. Dan Singleton/MVP Staff

The man was flown from the scene by STARS air ambulance to Foothills Medical Centre in Calgary.

The crash occurred at about 1 p.m. on Aug. 6 when a westbound 2009 pickup truck crossed over the centre line and struck an eastbound 1963 car, said Sundre RCMP Cpl. Karl Mandel.

The collision caused the car to spin around and strike a westbound 2018 pickup truck that was unable to avoid the collision, he said.

The injured Airdrie man is believed to have been the driver of the car.

The 43-year-old Innisfail driver of the 2009 pickup suffered serious but non-life threatening injuries and was transported to Sundre hospital by ground ambulance.

The three occupants of the 2018 pickup truck were not injured.

Debris from the wreck covered a larger area and the highway remained closed for four hours following the crash.

Chinook Arch Victim Services is providing support for family and friends of those involved.

The RCMP collision analyst and Sundre RCMP are continuing the investigation.