Council committed to working with society to ensure facility remains open
0
Feb 1, 2020 6:30 AM By: Simon Ducatel 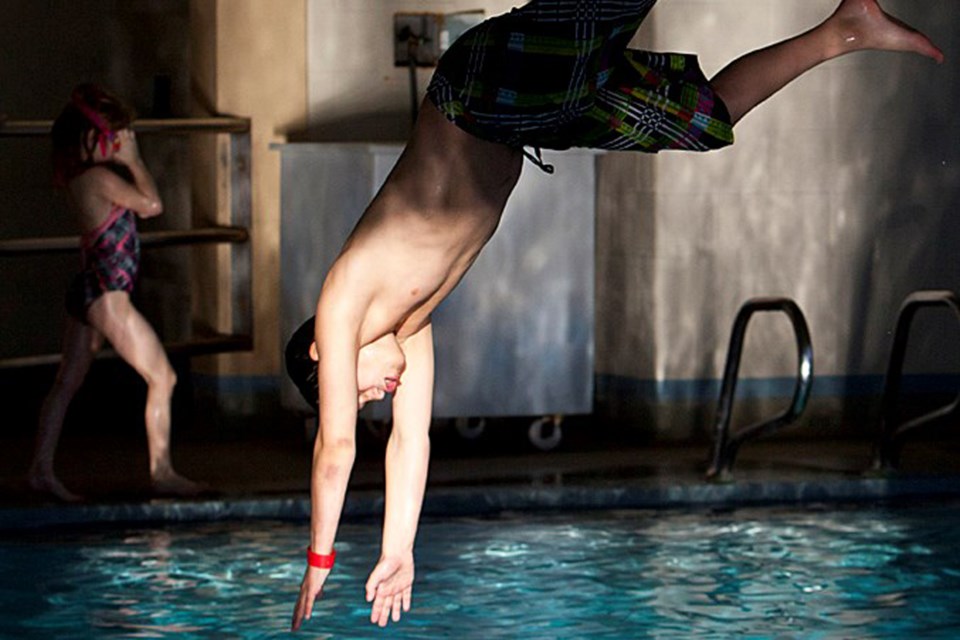 SUNDRE - The president of the Sundre and District Aquatic Society expressed optimism that a collaborative effort with the municipality will herald stability and longevity for the Aquaplex.

“I’ve got all the faith and confidence in town council to move forward in a good direction to see the continued operation of that facility for years to come,” said Roy Cummings.

Cummings spoke with the Round Up following an in-camera discussion with council during the Monday, Jan. 20 meeting. When the public portion of the meeting resumed, elected officials carried a motion brought forward by Coun. Todd Dalke to express a commitment to work with the society to keep the indoor pool and fitness centre open.

“It’s imperative that we work together,” he said.

Although Cummings could not elaborate on specific details from the discussion during the meeting, he said the motion was a step forward on the path towards ensuring the $10-million facility remains operational.

“Time will tell how this is going to shake out and where we’re going to go from there. But at least it was a positive direction to move forward.”

Mayor Terry Leslie said the society seems less pre-occupied with seeking financial support from the municipality, and rather far more interested in finding out what role the town’s operations department could play in ensuring the facility’s sustainability.

Last week’s motion, he said, was to reconfirm that council wants to continue working with the society, which is also affiliated with the Sundre Curling Club and the Sundre and District Agricultural Society.

Although still too early to predict an outcome, the mayor said council does not want to rule anything out, while also remaining cautious not to take on more than is deemed appropriate.

He said the Aquaplex is blessed to have such dedicated volunteers who go above and beyond, but that is not necessarily sustainable in the long term.

For the time being, he said the matter has been placed in the hands of administration, with a report for council expected in the coming weeks.

“We’ll see regular reports coming forward. There are a lot of details to deal with,” he said.

Council, he added, wants to carefully consider every aspect without overlooking anything to ensure the municipality is doing its part to support this valuable community amenity.

“Discussions will be ongoing for weeks and months to come.”

Cummings expressed appreciation not only for council’s time, but also its positive approach, adding, “I know we’ve been pounding at their door for some time.”

Last summer, Cummings, accompanied by Leona Bennett, the society’s treasurer, had pled a case to council seeking to initiate negotiations for the eventual transfer of operations and maintenance to the municipality.

While the society has previously expressed a desire to continue helping with critical fundraising efforts, Cummings said the responsibility of operating and maintaining the roughly $10-million facility is challenging for a group of volunteers.

“It’s hard to get people to volunteer for that, and find the expertise,” he said.

“It’s tough to operate and maintain a facility of such magnitude. It gets more demanding all the time.”

Ultimately, the issue comes down to more than just dollars — the society is in good financial standing with reserves — but rather asking volunteers to commit to a responsibility that’s over and above what should be expected of them, he said.

Recreational facilities such as arenas and pools are typically run by municipalities, which already have the departments and employees in place to handle a range of issues such as payroll, human resources, workers' compensation, Alberta Health and Safety, as well as qualified maintenance professionals, he said.

“There are so many things the town already has in place. A lot of the time, we’re duplicating services. The town has the people and ability to deal with these issues that we have to deal with as volunteers.”

During the organization’s annual general meeting last year, there were just enough people to secure a quorum, and Cummings hopes to see enough attending the upcoming AGM in April to form a board.

Since the door was opened to dialogue with the municipality last year, some progress has been made, he said, adding several board members have met with administration to review the cost of operating the facility.

As a town resident putting himself in a councillor’s shoes, he said there are really only two main concerns — the first being the cost to the taxpayer, as well as the impact on the community should the Aquaplex shut its doors.

“The economic and social benefits of the facility far outweigh it staying open rather than closing,” he said.

“Let’s keep that facility open and work together with the people of the community of Sundre.”