Curling in the age of COVID-19 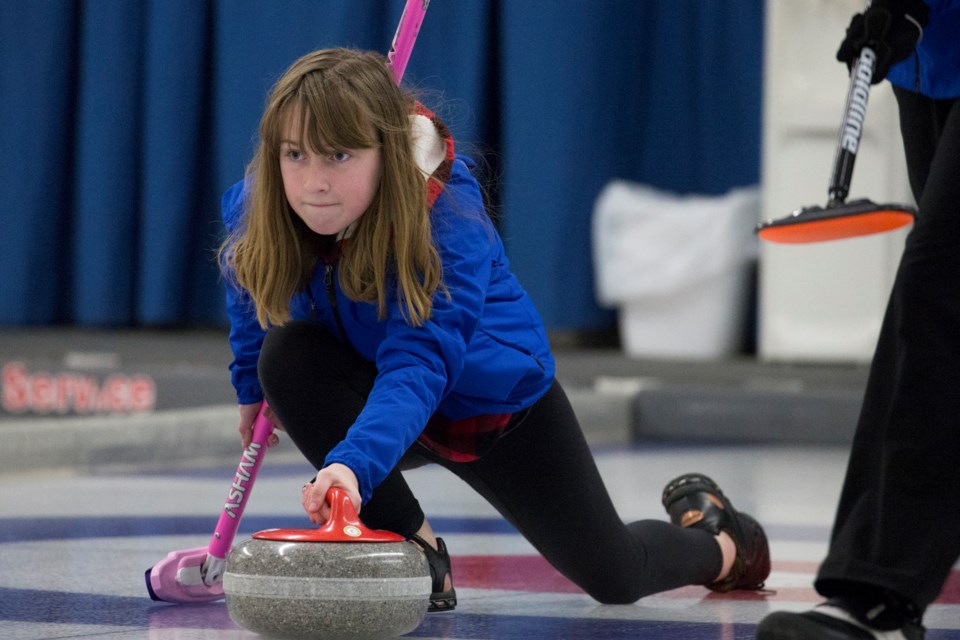 Jade Griffen throws a rock during the during a junior curling bonspiel at the Sundre Curling Club on Jan. 11, 2020. This year, all teams will need to have one person responsible for disinfecting handles and common touch points after a game is over. File photo/MVP Staff

SUNDRE — Local curlers will not have to wear masks while out on the sheets. But they will be expected to observe pandemic protocols, including physical distancing and stringent sanitizing.

“We do not have to wear a mask on ice, which is lovely, because I think that would be very difficult!” said acting president Kris Burkholder during a phone interview.

Meeting in late September with Kelly Holbein, a public health inspector with Alberta Health Services, Burkholder said a comprehensive walkthrough outlined all of the procedures.

“She walked us through exactly the process,” said Burkholder.

“There will only be one sweeper, which is good for some and not so good for others — some people will just go, ‘Oh yay, I don’t have to sweep!’” she said with a chuckle.

Levity aside, she said teams will also need to have one person responsible for disinfecting handles and common touch points after a game is over.

People will also have to be registered when they come out to the curling rink for the sake of tracking purposes to err on the side of caution in the event there are any confirmed cases of COVID-19 discovered, she said.

“Basically, it’s going to be fine — just a few extra little things,” she said, calling getting used to the new regulations a matter of practice.

Informational posters and handouts detailing procedures will be distributed, she added.

Coordinating with all of the leagues’ reps, Burkholder said the club endeavoured to gauge local curlers’ interest in playing, and were pleased to discover a majority are looking forward to returning.

“We haven’t really lost any curlers. So, everybody seems to be enthusiastic about coming back, which is very encouraging too,” she said.

“After everything, people want to get some kind of thing going on with their lives again to get them out of the house.”

Curlers might also be glad to hear that not only is the concession going to be open, but also the bar, “which is very important to curling!” she said, with a laugh.

The club’s annual general meeting was Sept. 29, pre-registration started Oct. 1, while a registration evening with two information sessions is lined up for Oct. 13 at 6 p.m. and 7 p.m.

However, while the season will be proceeding, the club’s events did not all escape the pandemic unscathed, with the annual Rockin’ the Rink fundraiser being cancelled for the first time this year.

“It’s just too hard to keep the physical distancing and make a go of it,” she said.

Alternative fundraising plans will be discussed in more detail following the annual general meeting and announced at a later date, she said.

Meanwhile, the sheets are expected to be flooded in the coming weeks, with league play getting started in November. The club’s season typically starts a little later than others, and has nothing to do with the pandemic, she said.