Council last week expressed unreserved opposition to a proposed police funding model that would impose a heavier cost burden on small municipalities with a population of less than 5,000 people.
Mar 6, 2018 12:00 AM By: Simon Ducatel 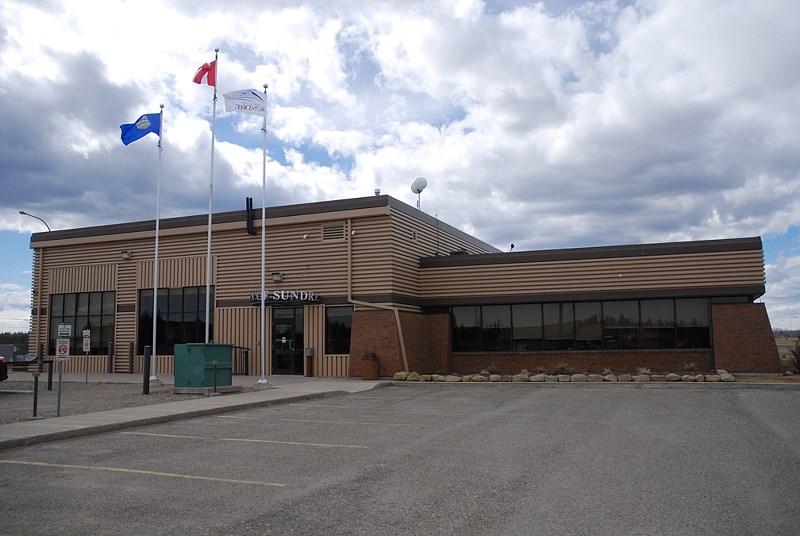 Sundre council unanimously decided against writing a letter of support for an Alberta Urban Municipalities Association campaign to lobby the provincial government to make changes to the police funding model that would add a significant cost burden on small towns with populations of less than 5,000 people such as Sundre, which under the existing funding framework is exempt.

Council last week expressed unreserved opposition to a proposed police funding model that would impose a heavier cost burden on small municipalities with a population of less than 5,000 people.

The Town of Sundre had received correspondence requesting a letter of support for the initiative.

"Currently, policing costs are only paid by urban municipalities with a population greater than 5,000. Small urban municipalities, as well as all municipal districts and counties, are exempt,” reads a letter signed by Barry Morishita, the mayor of Brooks and the president of the Alberta Urban Municipalities Association (AUMA).

"Although the province provides support to offset policing costs through the Municipal Police Assistance Grant Program, there have been chronic shortfalls in funding as this program has not kept pace with growing populations and increasing crime rates,” reads the correspondence.

The association believes that all municipalities should, regardless of size, contribute to policing costs and that the province must establish a more equitable funding formula based on population and property assessment, with the resulting funds being used for crime prevention and response.

"The AUMA Board feels that we have already waited too long for the province to resolve the inequities in police funding, and that an issue this urgent in nature should not be put off any longer. Accordingly, we are inviting you to participate in a letter writing campaign to signal the importance of this issue to the minister,” Morishita concluded.

However, Sundre’s council was far from convinced.

Coun. Cheri Funke moved to accept the correspondence for information, initiating a discussion about the matter.

"AUMA is pushing for a funding model that is ‘everyone pays’. That will have severe consequences on our municipality because we, right now, are exempt,” said Funke during the Feb. 26 meeting.

"If we join in on this campaign, it would be to the detriment of our community.”

Coun. Richard Warnock agreed, and said under such a funding model, the Town of Sundre could potentially be on the hook for an additional $1 million-plus per year in increased costs.

"And I realize that these other municipalities are trying to lower their costs by getting the small towns to participate. But they have a bigger tax base, and I don’t think they should get that relief by putting it on a small town like Sundre. So I definitely speak against writing a letter of support.”

Council proceeded to unanimously carry Funke’s motion to receive the letter for information.

Council approves $10,000 grant for curling club
Jul 5, 2020 6:30 PM
Comments
We welcome your feedback and encourage you to share your thoughts. We ask that you be respectful of others and their points of view, refrain from personal attacks and stay on topic. To learn about our commenting policies and how we moderate, please read our Community Guidelines.