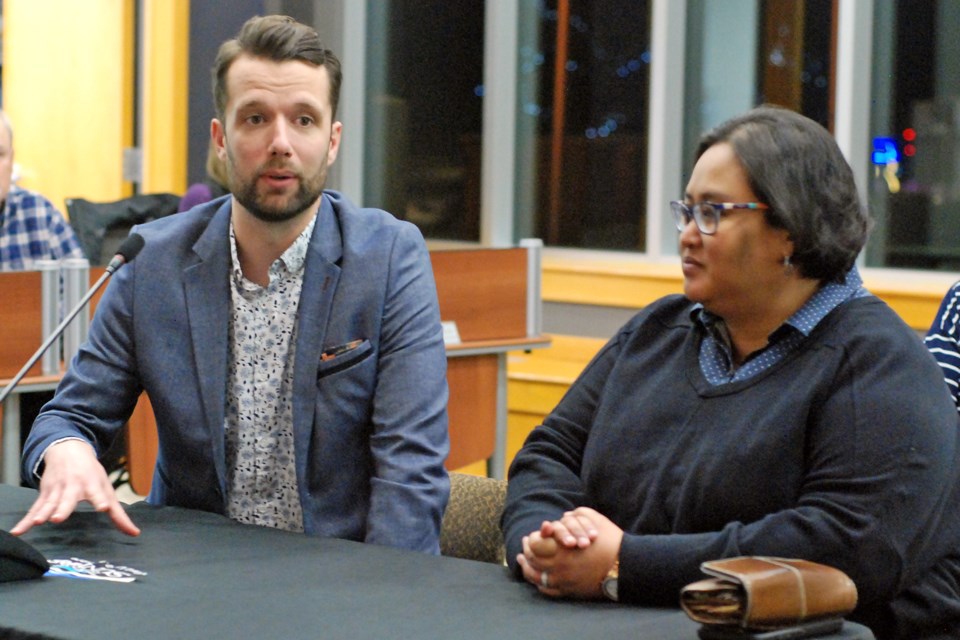 SUNDRE — Sundre Petroleum Operators Group and TC Energy are holding an open house in Caroline next week to give area residents insight into a natural gas pipeline expansion project that requires work to be carried out in the area.

The company has already given Town of Sundre officials a heads-up about plans to upgrade a natural gas line north of town as part of a larger proposed project.

Delegates from TC Energy — formerly TransCanada until the company changed names in May 2019 — attended a December council meeting to open the channels of communication and offer notice well in advance.

Preston Seier, TC Energy public affairs advisor, accompanied by JoniLei Cardona, project manager, said, “One of the big reasons that we wanted to meet with you guys, as always, is if we’re doing anything in the area, we want to begin the conversation with you as early as we can.”

According to information outlined in the presentation, the proposed project, which is slated for construction in 2021-22, is needed to not only supply southwest Alberta and southern B.C. but also to connect downstream North American markets with natural gas produced in Western Canada.

The project is comprised of two main components.

One is the Raven River section, which consists of installing approximately 18 kilometres of 48-inch diameter pipeline roughly 16 kilometres northwest of town. Construction is expected to be underway late in 2021, with the line coming into service in 2022.

“It is a (post expansion) loop that we are doing up there,” said Seier.

“We will do everything we can to go down the right-of-way that we have, but there will be deviations potentially along the way.”

The proposed project’s second aspect calls for the expansion of a meter station located about six kilometres west of Coleman, near Crowsnest, with work anticipated to be done in 2022.

“We’ll have the more route-specific locations so people will actually see where the pipeline is specifically,” he said.

The construction phase, he continued, will involve a workforce of about 500 people, a figure subject to “ebbs and flows.”

“That is subject to be quite a bit lower, quite a bit higher, it’s just what we showcase. So we will be bringing people to the area,” he said, adding that includes considerations for accommodations and potential for economic spinoff for other expenses such as supplies and meals.

The company will also be seeking out entry-level as well as skilled trade labour positions, and pursuing Indigenous relations, he said.

“A lot of people want to know how we choose who we choose.”

TC Energy, he explained, is a large company, and people must pursue the proper avenues.

“If anybody is local that wants to help us, we need you to go into that site, otherwise we won’t know that you’re a viable option for us.”

During construction, he said people can expect the company to make every effort to limit dust, noise, odours and light pollution to as much as possible make the experience non-invasive or disruptive.

“We’ll do everything we can to make sure we don’t overuse roads or affect traffic,” he said.

“At the same time, we will be moving machinery in and out obviously, so there will be some of that.”

“We are the safest means of transportation for what we do, but at the same time, incidents do happen. So we are really cognizant about meeting with all emergency responders and making sure that everybody is up to speed if something were to take place.”

With the floor opened to questions, Coun. Paul Isaac wondered what the municipality could do to help facilitate the effort to connect the company with local workers or contractors.

“There might be some of us who might not know enough about your industry to know what to offer you,” said Isaac.

To get the ball rolling, Seier said meeting with local councils is the first step, branching out next with chambers of commerce and synergy groups “so that we can start to see what there is for availability in the area. And it’s more of a conversation back and forth — we can’t really tell you what we need, because we don’t know what there is. These are very early conversations.”

Cardona added that listings of local accommodations for the area, as well as an understanding of other prior industry projects, offers valuable information that could help along the planning process.

Mayor Terry Leslie inquired whether the company had been in contact with the Sundre Petroleum Operators Group, which Seier confirmed.

Coun. Todd Dalke wondered what the construction timeline is from start to finish.

“We’re looking at November 2021 to April 2022,” said Cardona, further explaining a preference to construct during the wintertime “to minimize the impact on agricultural lands.”

Recognizing the process is in the early stages, Coun. Richard Warnock asked about plans to mitigate the impact on traffic, which can become a concern.

Once staging areas are identified, those locations will be indicated on mapping that will be presented at the open house, said Seier.

“If there’s routes that you would like us to avoid, or concentrate construction traffic to a certain corridor, we would love to hear that,” said Cardona.

The presentation being concluded, Leslie expressed gratitude for the company’s effort to reach out well in advance.