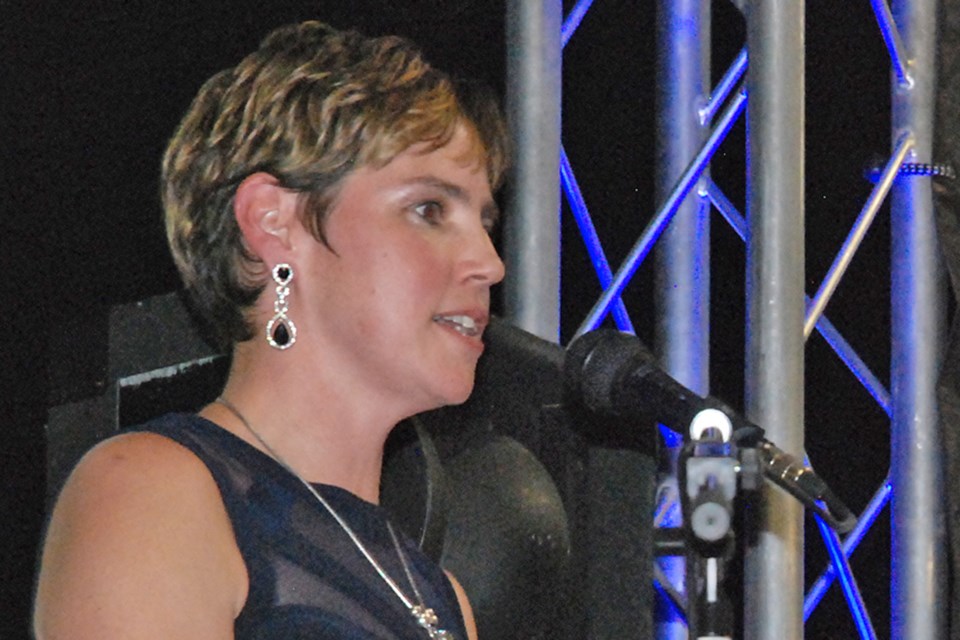 Sundre's Dr. Michelle Warren, who is also the 2020-21 Alberta Medical Association president-elect, said the College of Physicians and Surgeons of Alberta's revised and updated standards are good in theory but will be put to test in practise. File photo/MVP Staff

SUNDRE — A local doctor who welcomes the College of Physicians and Surgeons of Alberta’s (CPSA) updated standards said the changes are good in theory, but added time will tell how effective they are in practise.

“These standards will be tested,” said Dr. Michelle Warren, 2020-21 president-elect of the Alberta Medical Association.

Warren, who also runs the Moose and Squirrel Medical Clinic with husband Dr. Rob Warren, said the revised standards, which she reviewed in depth, are not radically different than they were.

“They do speak more to job action,” she said. “In the past, that really wasn’t something people thought much about, or worried about.”

Being an advocate for patients is one of the roles a physician plays, and as stewards of health care, doctors want to ensure their decisions are evidence-based with a priority placed on patient needs, she said.

The revisions to the college’s standards, which came into effect on Jan. 1, involved a month-long consultation period and pertain largely around updated definitions to differentiate job action from closing, changing or leaving a medical practice, and were subsequently approved by the health minister.

The review came following a request from Health Minister Tyler Shandro last summer in the fallout of the provincial government’s decision to rip up its contract with the Alberta Medical Association, prompting numerous physicians throughout Alberta to either retire early, close their practice or relocate to another province.

“I think that was pretty obvious back in July when he first made this recommendation when the number of physicians leaving Alberta became known,” said Warren.

At the time, there was a shift in the government’s attitude from confidence doctors would not leave to suddenly wanting to take measures to prevent an exodus, she said.

“That’s what drove our physicians that are leaving, to leave now,” she said. “They had been looking at leaving, they had said they would give it up to a year to see where things went.

"And when that directive was handed down to the college, they took that as ‘Get out of dodge now.’”

B.C. is definitely benefitting from physicians who have decided to leave the political chicanery in Alberta behind, but other provinces will also benefit, she said.

“I think that’s what triggered him to ask to do the review,” she said about Shandro. “Is it going to stop the bleeding? No, it’s not. A contract — a signed, valid contract that’s been ratified by the membership of physicians in Alberta with Alberta Health that they can trust is going to be honoured — that’ll help.”

But in the short-term, the damage has already been done, she said.

“There’s no trust. So, we have to see actions that rebuild that trust, and that’s going to take time," she said.

Until then, successfully recruiting physicians and health-care professionals — a difficult task for rural communities at the best of times — will become an even greater challenge, she said.

“Nobody wants to commit to anything long term, because they want to see how it plays out politically," she said.

Part of that involves the college’s updated standards, which provide insight on how prospective doctors can expect to be treated not only by the provincial government, but also by the college itself, she said.

“I think there was fear at the beginning that you’d be locked in, so to speak. And I think with these new standards — and we’ll see as they get put into practice — hopefully, that fear is laid to rest,” she said.

“I think the college did a very good job at looking at what the minister’s concerns were, looking at Canadian law, and looking at reality in terms of what you can actually ask of someone, or what you can’t ask.”

Warren was among many physicians throughout the province who provided input that helped steer the college council’s hand.

As an Alberta doctor who is beholden to the college’s standards, she said being able to rate the standards and offer feedback is important to her.

“I take that responsibility quite seriously, no matter what the standard is that’s being asked to be reviewed. If you don’t do that, then you can’t complain if you don’t like the outcome," she said.

Along with physicians and other stakeholders, Alberta Health was among the many partners who submitted input, said McLeod.

“Their feedback was taken with the same weight as any other feedback that we received,” he said.

The college’s top priority, said Bradley, has always remained the protection of the public.

The standards belong to the college and must be considered “through the lens of our privilege of being the regulator for the profession,” he said.

A large portion of the effort involved clarifying what is or is not considered job action, he said, also noting “the revised standards specifically clarify that it is not up to the departing physician to ensure that a replacement physician is in place.

"Unfortunately, I think we all recognize that it is a sad reality that we have had troubles recruiting doctors to various locations in Alberta, particularly rural locations. And it just isn’t practical — or I think fair — to expect, if a physician is leaving for any reason, that they must somehow be able to solve this ongoing issue.”

That being said, Bradley added the college wants to ensure that Alberta Health Services, Alberta Health, and other key stakeholders are notified well in advance when a physician intends to retire or relocate so contingency plans might hopefully be prepared to negate or at least minimize any potential adverse effects on the public’s ability to access care.

In defining the difference between job action and closing, changing or moving a practice, the college does not prohibit job action, he said.

“We recognize that as physicians and as Canadians, we all have rights for advocacy, and rights in terms of how we can try and influence change going forward," he said.

Of course due to the nature of the health-care profession, the college also recognizes that job action could have negative ramifications on the individual health of Albertans. So the college has to make sure that any physician who wishes to participate in a job action mitigates the effect that will have on urgent and acute care needs, and if a doctor does decide to close, relocate or change their practice, that they’re not using that as a threat to leverage their position in future negotiations, he said.

“That’s where it does cross into job action,” he said.

Yet the college also cannot make any physicians stay against their will, he said.

“Ultimately, we are not here to try and force physicians to stay indefinitely in a location or a practice that they do not wish to, or that for whatever reason they wish to leave," he said.

Warren said the college will strive to ensure physicians who are planning to leave, change services or retire have done everything reasonably possible to find a replacement, recognizing that some circumstances are simply beyond any individual physician’s ability to control.

“At the end of the day, Alberta is not a jail. It’s not a prison. We do have mobility, we do have rights to move,” she said.