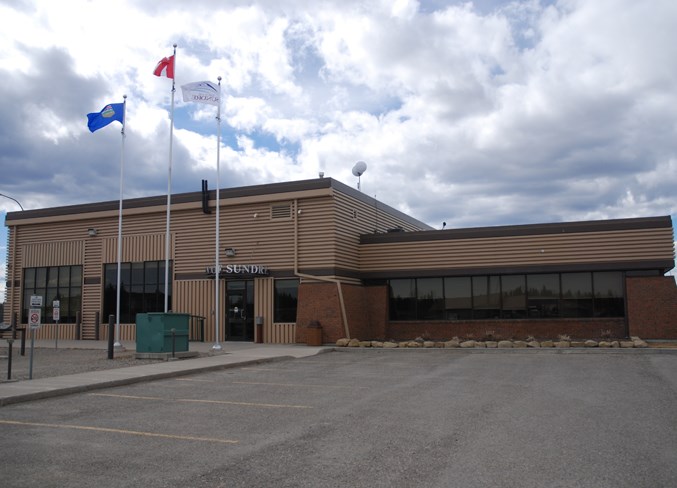 SUNDRE - Council was presented with a request for decision during the April 12 teleconference meeting to allocate an additional roughly $11,200 expense to the approved budget.

The pump system at the municipality's main lift station has been operating on a single pump without the required redundancy equipment as mandated by Alberta Environment and Parks, Linda Nelson, chief administrative officer, told council.

While council had already previously approved the upgrade of variable frequency devices (VFD) that operate the pumps, Hall said his department had recently learned that, as with many upgrades, there were some other potential inherent failures.

“We have to replace a communication strata system that would connect the VFDs to the pumps, subsequently making this system redundant and ready to go for the regulations that we have,” explained Hall.

“Alberta Environment and Parks requires that if you have equipment in, such as a lift station, that you have full redundancy in case of failure,” he cited as the reason for his department’ request for additional funding to complete the project.

Council unanimously carried a motion granting the additional $11,208 to the approved budget, with the funding to be drawn from the utilities life-cycling reserve surplus account.

The municipality’s gas department’s staff was praised by council following a report outlining the results of a regularly conducted audit were largely clean.

“We had an excellent review this year, with two minor deficiencies,” said Hall, adding those deficiencies were actually missed by the auditor and that staff subsequently submitted by way of photographs those items to the auditor for response, action and record.

“(We) have received an excellent report and audit,” he said, adding the next one will be in three years.

Council carried a motion accepting the results of the gas department's 2020 operational audit as information.

A follow-up motion to adopt the operations and maintenance document for 2021 as provided by the Federation of Alberta Gas Co-ops Ltd. was also carried.

“I’d just like to congratulate the gas department for the excellent report that was received,” said Coun. Rob Wolfe.

With the annual Seniors’ Week coming up on June 7 - 13, council was presented with a request to sign a proclamation recognizing and celebrating the contributions of past, present and future seniors across Alberta’s communities.

Linda Nelson, chief administrative officer, said Josephine Pon, Alberta's minister of seniors and housing, sought support from municipalities throughout the province to join in the effort to honour seniors.

Seniors’ Week has been observed since 1986 in recognition of what seniors contribute to make their communities, and by extension the province, a better place to live.

Council unanimously carried a motion to proclaim June 7 - 13 as Seniors’ Week on behalf of Sundre’s residents.