Train whistles are staying in Penhold 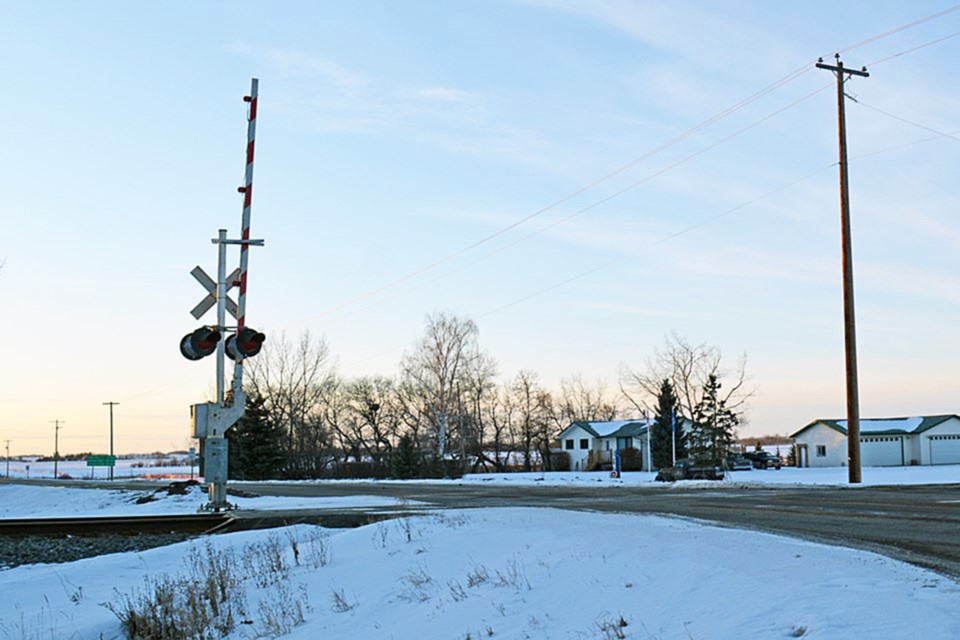 CP Rail says the Town of Penhold must upgrade one of its two rail crossings at a potential cost of about $350,000 before it will consider ending train whistles through the town. File photo/MVP Staff

PENHOLD – The plan to end the century-old tradition of train whistles through town has been derailed.

The whistles will continue for some time yet, much to the annoyance of many, but sweet music for others.

“There are quite a lot of people who will be quite happy about this,” said Town of Penhold Mayor Mike Yargeau of the sudden reversal of the planned train whistle cessation initiative, which for several past weeks was considered a “done deal.”

At that meeting, council was told CP Rail recently informed Penhold administration the Grey Street rail crossing, one of two in town, would require significant improvements for CP to consider the elimination of train whistles through town.

Yargeau said the town had been working with CP Rail on the whistle cessation plan since the beginning of 2020, well before the start of COVID, and were under a firm impression that it was a “done deal” between the town and CP Rail that train whistles would be ending. Council requested a letter be sent to CP Rail expressing concern on the “mixed messaging” the town has received from the company.

“We were told everything was done and they (whistles) were stopping and we kind of noticed they hadn’t stopped,” he said. “So when we reached out to get better information as to why, we were told they decided we needed to upgrade the (Grey Street) crossing, the same as Hwy. 592.

“It’s $350,000 to do the upgrade,” noted the mayor, adding CP does pay for Hwy. 592 crossing upgrades as it is on a provincial highway, unlike Grey Street, a municipal roadway. “So we decided that is not feasible for us to do.”

Yargeau added CP rail conducted a safety audit in the town during the whistle cessation process and were satisfied that the plan could proceed.

The Albertan contacted CP Rail for comment about the company’s most recent position on the issue, and Andy Cummings, manager of media relations, said the guidelines for whistle cessation at public crossings are set by Transport Canada (TC).

However, that appears unlikely now that the town has made it clear it will not spend $350,000 to upgrade the Grey Street crossing.

In the meantime, Yargeau said the town did learn during the process there was a “surprisingly” large number of Penholders who were against ending the more than century-old train whistles booming in town.

“Whether it was for safety reasons or whatever. They were pretty passionate, or some just nostalgic and liked the small town and want the whistle,” said Yargeau, adding it was important for the town to move forward with the whistle cessation initiative because CP Rail told the town there was a need to move on it.

“It was never something we went into with the intent that we were going to spend a lot of money to get,” said Yargeau, adding the town has not spend any money on the whistle cessation initiative up to now, other than for some staff time. “Once we say this was going to cost residents more than $350,000 the decision was pretty easy for us, not worth it.

“It’s more frustrating that we were under the impression that this was a done deal and then find out it’s not,” concluded Yargeau.

Penhold finally holds COVID graduation
Sep 30, 2020 3:00 PM
Comments
We welcome your feedback and encourage you to share your thoughts. We ask that you be respectful of others and their points of view, refrain from personal attacks and stay on topic. To learn about our commenting policies and how we moderate, please read our Community Guidelines.