Red Deer County steps up to the plate with additional funding
Jul 18, 2020 6:00 AM By: Johnnie Bachusky 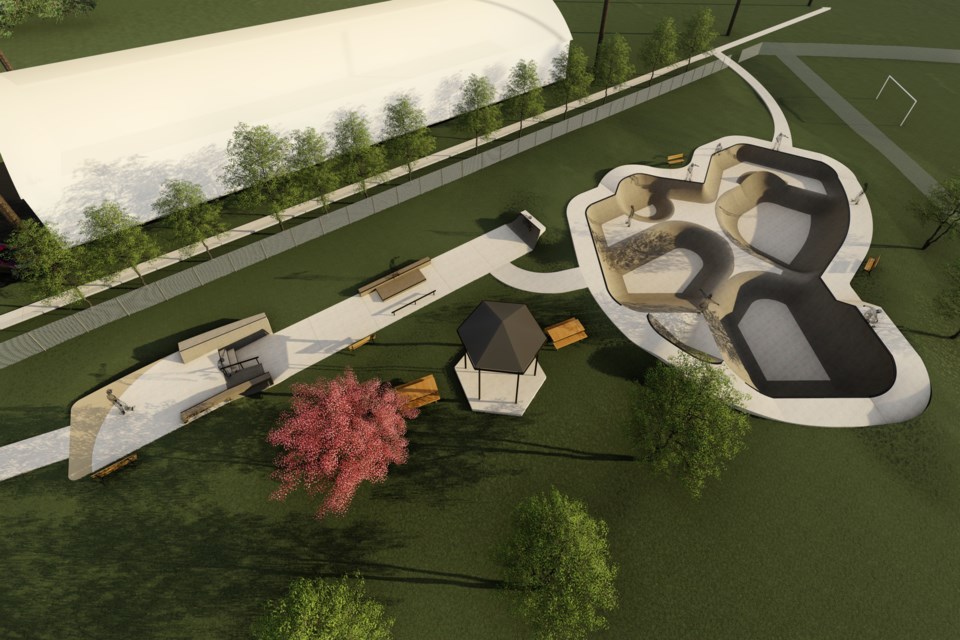 SPRINGBROOK — Kids in the hamlet can now cast big smiles.

Soon, they will no longer have to travel 16 kilometres south to Innisfail or eight kilometres north to Red Deer for a day of skateboarding.

Thanks to Red Deer County, Springbrook’s longstanding skatepark project was saved in the nick of time and local kids will soon get their very own skateboarding facility.

“With a struggling economy and then COVID, if it didn’t get done now it probably would not have gotten done, and the community would have been out of a great amenity,” said Adrian Pidhirney, a director with the Springbrook skatepark committee.

“It was kind of a last minute effort and the county stepped up and said, 'This is something we really need for this community'.”

The Springbrook skatepark committee urgently needed the funding to begin construction as a summer deadline was looming to utilize an approved Community Facility Enhancement Program provincial grant of $125,000.

Without that funding to move the project forward, the government grant would have been lost, leaving the community of 1,500 with little or no hope of ever seeing the skatepark built.

Over the past seven years the county contributed land for the project, along with covering design fee costs and also an initial $250,000 above the recent $179,550.

"I look at our funding into skateboard parks as an investment into our future. I think activities that are positive for our youth are important for them to go into the future," said Mayor Jim Wood.

"I think activities that are positive for our youth are important for them to go into the futrure."

Construction on the new 7,500 square foot facility, which will done by New Line Skateparks - the same builders as the Innisfail project – is expected to begin this summer and possibly finish in the fall, although completion could be carried over to next year. The total cost has been budgeted for just over $652,000.

“The hamlet of Springbrook, Gasoline Alley and the surrounding areas have a young and growing population base,” noted Jo-Ann Symington, the county’s community services manager in a news release.

She noted the project would serve more than 400 local youth and families, as well as surrounding rural communities.

The new skatepark will have a minimum lifespan of 25 years, with the potential of up to 35 years, making the project a long-term commitment to the community, she said.

“It was a lot of hard work, a lot of meetings with councillors trying to explain that the community out here has really nothing,” said Pidhirney, emphasizing the importance of the project for local kids.

“During COVID when all the kids have been home it really showed. The teenagers were basically wandering the streets because while there are a few playgrounds there is nothing for kids to do.

“The kids do nothing but talk about the skatepark in Innisfail. There are carloads that go there on a daily basis. The skatepark committee and the county really worked together to address that because it is a growing need in the community.”

Alberta man charged by Saskatchewan RCMP with drug trafficking trying to get bail
Jan 9, 2021 11:15 AM