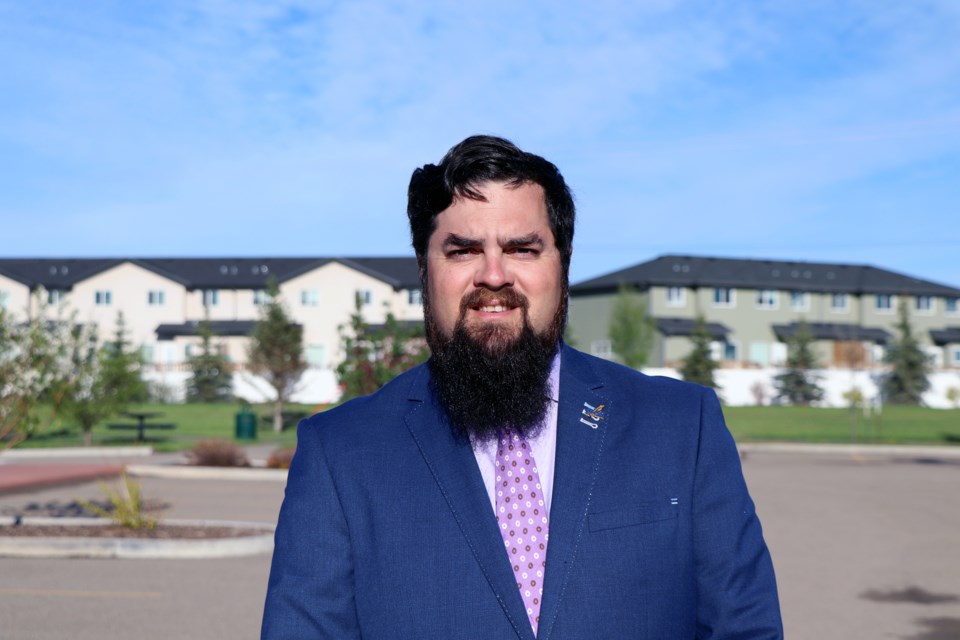 Penhold mayor Mike Yargeau is standing by Red Deer County in its battle against a provincial government proposal to change the assessment model process for oil and gas properties and facilities. Johnnie Bachusky/MVP Staff

PENHOLD – Rural municipalities are getting regional urban support in their growing discontent with the provincial government’s proposal to change the assessment model process for oil and gas properties and facilities.

Both the Town of Penhold, along with Innisfail, is sending a letter of concern to the provincial government over its plan, which has triggered outcries from rural municipalities across the province, including Mountain View and Red Deer counties.

A spokesperson from the provincial Municipal Affairs ministry told The Albertan late last month no decision to bring in any new model process has been made at this time and the government will continue with its consultations.

Nevertheless, leaders from both regional rural municipalities say the potential provincial government changes could lead to large increases in residential and business taxes and/or cuts to service levels.

There are additional worries the potential changes could force rural municipalities to default on financial commitments made through intermunicipal collaboration agreements with urban partners.

This is also on the mind of Penhold mayor Mike Yargeau, who said the “trickle down” effects of the provincial initiative could be troubling for the way towns, including Penhold, and counties work together.

“If you are looking at counties potentially losing millions and millions of dollars a year in revenue, what does that mean for regional agreements or cost sharing agreements we have or the counties have? It is a concern for us,” said Yargeau, adding the provincial plan could see less spending or investment in town by rural citizens and businesses as they try to cope with a potential financial squeeze from their own rural municipality.

“Yes, I hope it’s not true but potentially that is what we are worried about.”

The issue was addressed at Penhold council’s Aug. 10th regular meeting. Council members were told the provincial proposal appeared to assist the largest oil and gas companies that have head offices outside the country, with no obligation to reinvest back into Alberta to create jobs.

Council was also concerned the plan would have a direct immediate financial loss to most rural municipalities.

It was also agreed by council members the town should now lobby for the opportunity to have both the urban and rural municipal associations at the table to partner in finding a suitable policy.

Council then requested a letter be sent to both the provincial minister of municipal affairs and Premier Jason Kenney that outlines the town’s concerns.

“We have a strong relationship with Red Deer County, and we want to make sure we are supporting them wherever we can on this,” said Yargeau. “This is a huge for them. As well, with the way this whole process has run out there has not been a lot of listening to the counties and municipal districts.

"We want the province to understand we need to be working together in doing this and not getting it from the top down.”

In Innisfail, the proposed changes by the provincial government was brought to the attention of town council by Todd Becker, the town’s chief administrative officer, at council’s regular meeting on Aug. 24.

Becker also acknowledged Innisfail could be impacted by a trickle down affect if rural municipalities, such as Red Deer County, are hit hard with direct impacts of a new assessment model.

As well, with possible large increases in residential and business taxes to offset declines in tax revenues from oil and gas companies, rural citizens and entrepreneurs could be forced to do less business in town, causing increased local hardship.

“Most definitely. We are as strong as the region,” said Becker. “We rely on that interchange of citizens and businesses outside of Innisfail coming in and leaving town. Yes, it would have a significant impact on the economics of Innisfail as well, no question.”

Following Innisfail council’s meeting on Aug. 24, Mayor Jim Romane signed a letter of concern on the issue that is being sent to the province.

“I totally understand their situation,” said Romane of the concerns raised by Red Deer County and other rural municipalities. “But again it’s this whole oil and gas revenue situation.

"The rest of the country doesn’t give a damn about it. It’s just Alberta and Saskatchewan mainly that are impacted by it. Golly, our provincial government is going to have to diversify their revenue sources as well.”

Fall Festival different but still successful
Sep 24, 2020 3:00 PM
Comments
We welcome your feedback and encourage you to share your thoughts. We ask that you be respectful of others and their points of view, refrain from personal attacks and stay on topic. To learn about our commenting policies and how we moderate, please read our Community Guidelines.